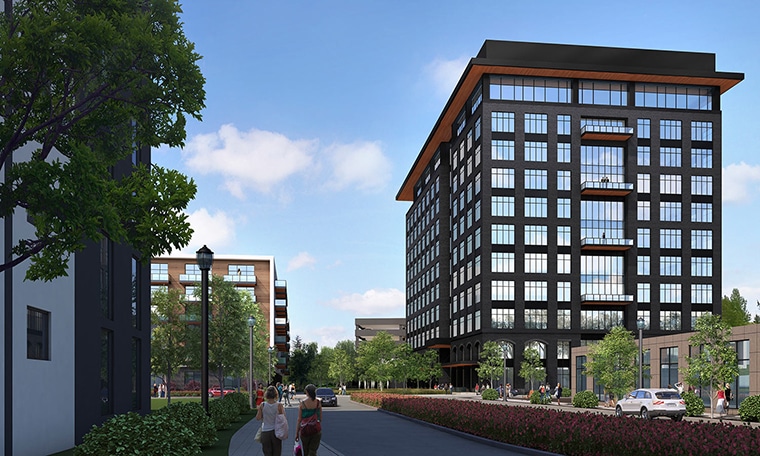 The brand new 10 West End office building is one of the more expensive places to rent office space on the metro. But although the building opened in January, it is already 64% leased.

In the latest agreement, Radisson Hotel Group Americas signed a long-term lease for 36,000 square feet of space. Radisson, currently based in Minnetonka, will move to 10 West End in St. Louis Park in January 2022.

Mike Honsa, manager of the Minneapolis office of Houston-based Transwestern Real Estate Services, represented the owner in the case. Honsa said interest in the building remains strong from other potential tenants.

The net rental rate at 10 West End is $ 28 per square foot, a premium price for office space.

â€œIt achieves some of the highest net rents in the Twin Cities,â€ Honsa said.

As businesses around the world reassess and finalize post-pandemic return-to-work plans, office workers are busier again.

â€œWhat’s interesting is that small to mid-size users are really stepping out of the woods these days,â€ Honsa said. “This 5,000 to 12,000 foot user is very active in this market right now.”

The building’s website presents it as â€œThe New Urbanâ€. Located near the intersection of I-394 and Freeway 100, 10 West End is just 5 minutes west of downtown Minneapolis. One of the main selling points is that the building is brand new with high-end amenities, including a rooftop terrace.

The project was developed by Ryan Companies US Inc., based in Minneapolis, and the Excelsior Group, based in St. Louis Park. The developers have rolled the dice on a speculative project – “specification” in commercial real estate parlance – given the relatively low vacancy rates for Class A office space in the Western Suburbs submarket.