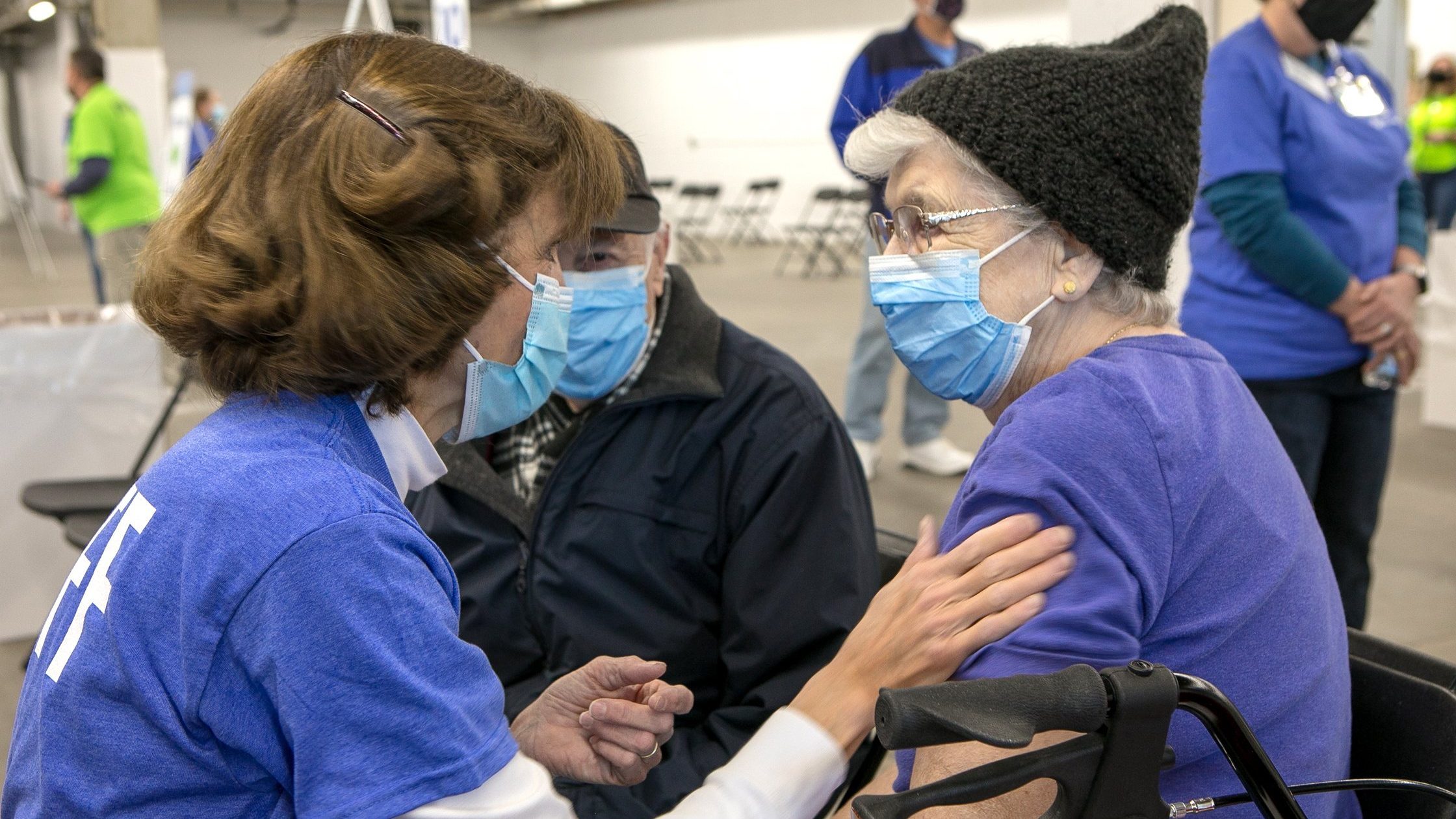 Catholic Health Association officials said the organization supports provisions of President Joe Biden’s Build Back Better Act that would expand health care access and affordability as the country recovers from the COVID-19 pandemic.

Speaking Jan. 31 at an online session of the annual Catholic Social Ministry Gathering, Paulo Pontemayor, CHA government relations director, said the bill includes provisions the association has been advocating for for years to eliminate disparities in access to health care and services.

“We… know that health care in this country is often delivered inequitably,” he said.

CHA specifically supports the extension of market premiums and tax-sharing grants under the Affordable Care Act. Such provisions have been shown to reduce the cost of insurance for people, Pontemayor said.

The Biden administration reported that 14.5 million people purchased health insurance under the ACA during the enrollment period that ended Jan. 15, with a few states yet to report. Pontemayor said the high level of registration demonstrates its popularity.

CHA also supports the bill to allow approximately 2 million low-income, uninsured people to receive subsidies in states that have not embraced Medicaid expansion.

“We want to make sure that people who don’t have access to quality health care, truly through no fault of their own, have a way to do so,” he said.

Other elements of the bill supported by the CHA include funding for Medicaid home and community services; permanent extension of postpartum Medicaid coverage to 12 months; and policies that support frontline health workers.

The future of the Build Back Better Act is uncertain as the US Senate has delayed consideration of the bill while senators grapple with the Feb. 18 deadline to fund federal government and other rising legislative priorities. The House of Representatives narrowly approved the bill in November.

Pontemayor also said CHA is working with Congress on several other priorities, including maintaining a strong social services safety net; preserve restrictions on federal abortion funding; strengthen care for the elderly and those in need of chronic care; protect human life; and ensure the protection of the conscience of healthcare workers.

The impact of large-scale federal government spending in response to the economic fallout from the pandemic since 2020 has helped families avoid falling into extreme poverty, according to analysis by the nonpartisan Center on Budget and Policy Priorities.

Danilo Trisi, director of poverty and inequality research at the center, told a workshop on anti-poverty programs that the unprecedented spending enacted in four relief and recovery packages since the start of the pandemic in March 2020 have helped families endure long periods of unemployment, keep paying rent or mortgages, and keep food on the table.

Members of the Society of St. Vincent de Paul conference at St. Thomas Aquinas Parish in Alpharetta, Georgia, outside of Atlanta, told the workshop that they had seen how the federal spending helped the people they served, especially in housing.

“We saw a huge impact from the government response as it happened. It was kind of staggering,” said conference social worker Matt Toddy.

The number of people served jumped 32% in 2020 as the pandemic took hold, he said. The number of cases fell slightly in 2021, he said.

Much of the help provided by the St. Thomas Aquinas conference was in rental assistance and utilities. Many people, Toddy explained, have been housed in extended-stay hotels due to a shortage of affordable housing in communities north of Atlanta.

“Affordable housing, you know, is a big, big problem in our community, its lack. And there are many ways to increase it, but it seems like it’s disappearing more than it’s growing,” Toddy said. .

Jack Murphy, who works with Toddy at the parish and chairs the society’s national Voice of the Poor committee, described the situation as “very serious” for some people. Census Bureau data showed 4,000 families left the area during the pandemic, an indication, Murphy suspected, of the high cost of housing.

He said the National Society of Saint Vincent de Paul has strongly advocated with Congress to expand the benefits enacted in future legislation.

A Jan. 30 session on racism reviewed efforts by two organizations to educate about systemic racism and its longstanding impact on poverty.

The Voice of the Poor committee and the Systemic Change Task Force of the Society of St. Vincent DePaul developed a series of webinars following the death of George Floyd while in the custody of Minneapolis police officers in 2020 that explored the role of racism as a driver of poverty.

Jack Murphy, who chairs the committee, said the webinars were necessary because many people who attend the society’s local conferences have never experienced the challenges faced by the black, Latino and immigrant people they serve.

He told workshop participants that many Vincentians do not understand the effect race can have on people’s status in society. He said they came away with a new understanding of their work and why it is important to seek systemic change in government and social structures in order to end racism.

“We can’t systematically change the trajectory of a lot of people in our community unless we start addressing racism,” he said of the series.

Vincentians have also learned that race can be a difficult topic to talk about, Murphy said.

Pamela Matambanadzo, who chairs the society’s National Multicultural and Diversity Committee, said the society has taken a closer look at racism, it has rooted its work more deeply in prayer.

Vincentians are relearning to speak with the individuals and families they serve, she said, “to leave us behind and let the Holy Spirit use us as a vehicle to speak.”

Another session on January 30 reviewed the efforts of the Catholic Prison Ministries Coalition to implement restorative justice practices in local prisons.

Restorative justice seeks to involve the various parties affected by a crime in an effort to identify the harm, determine who was affected and how, and discuss the steps necessary for reconciliation and healing.

Joe Cotton, director of pastoral care and outreach in the Archdiocese of Seattle, described restorative justice as a ministry of healing for everyone involved in or affected by incarceration or crime.

The coalition works to help ministers of prisons implement restorative justice practices in their outreach efforts, he explained, while sharing best practices and resources while helping with problem solving.

Resources include a teaching kit on Lent, a film on how to bring contemplative prayer to prison ministry, monthly webinars and virtual meetings that allow ministers to share their experiences.

More information about the network is online at www.catholicprisonministries.org.

“Justice at the Margins” was the theme for January 29-February. 1 Catholic Social Ministry Gathering, held virtually for the second consecutive year due to the pandemic.

The annual gathering is sponsored by the Department of Justice, Peace, and Human Development of the United States Conference of Catholic Bishops, Catholic Charities USA, the Catholic Health Association, Catholic Relief Services, and Bread for the World, as well as other USCCB offices and 20 national organizations.