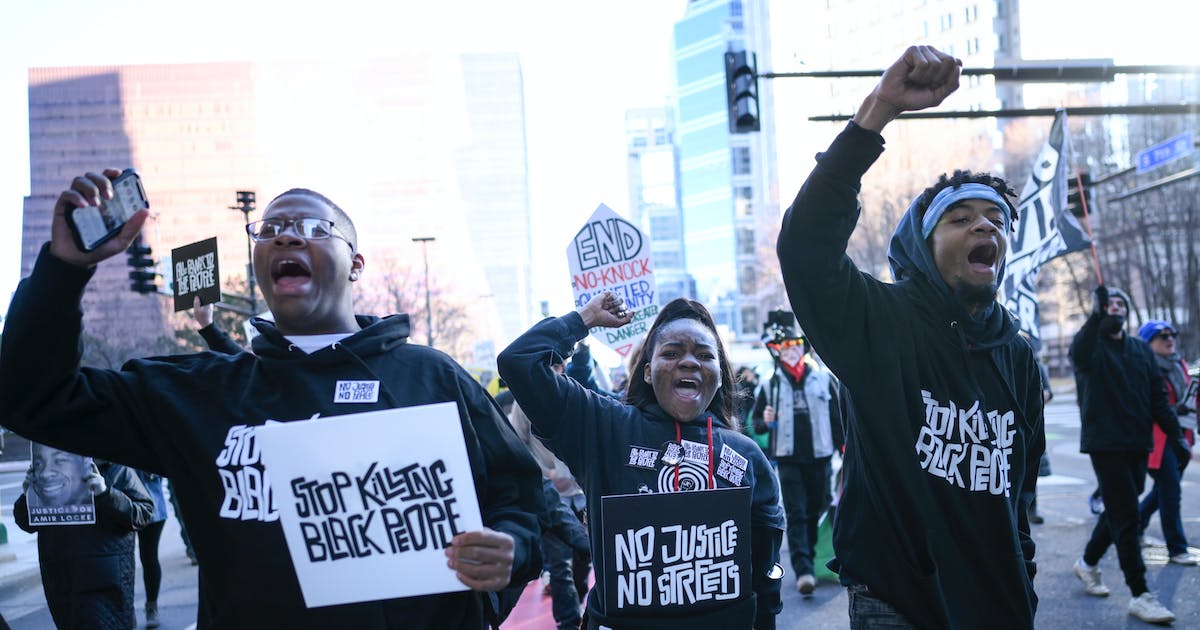 Activists marched through downtown Minneapolis on Friday protesting the Hennepin County District Attorney’s Office’s decision not to charge a Minneapolis police officer who fatally shot a man while executing a so-called no-knock warrant.

Protesters said there was still no justice for Amir Locke, a 22-year-old who was shot and killed in February as police executed a warrant against him in an apartment from downtown Minneapolis where he was sleeping.

“Amir Locke had about nine seconds to respond to intruders entering this house,” Trahern Crews, co-founder of the Black Lives Matter Minnesota chapter, said during the Friday night protest. “I can imagine how surprised he was when he woke up and the police kicked the couch. We are here to demand the justice we need.”

A crowd of about 80 marched around the Hennepin County Government Center toward Minneapolis City Hall, chanting for justice for Locke and others who were shot dead by police in the the state. The short march temporarily halted Friday night traffic on several streets.

“Amir Locke did what any natural human being would do, which was to try to protect his surroundings when an unknown intruder [comes in]”, said Toshira Garraway, founder of Families Supporting Families Against Police Violence. “They didn’t announce who they were.

Other families with a relative who was killed by police also attended, including relatives of Leneal Frazier, who was killed when his vehicle was struck by a Minneapolis police vehicle, and Kobe Dimock Heisler, who died during a an encounter with Brooklyn Center police in 2019.