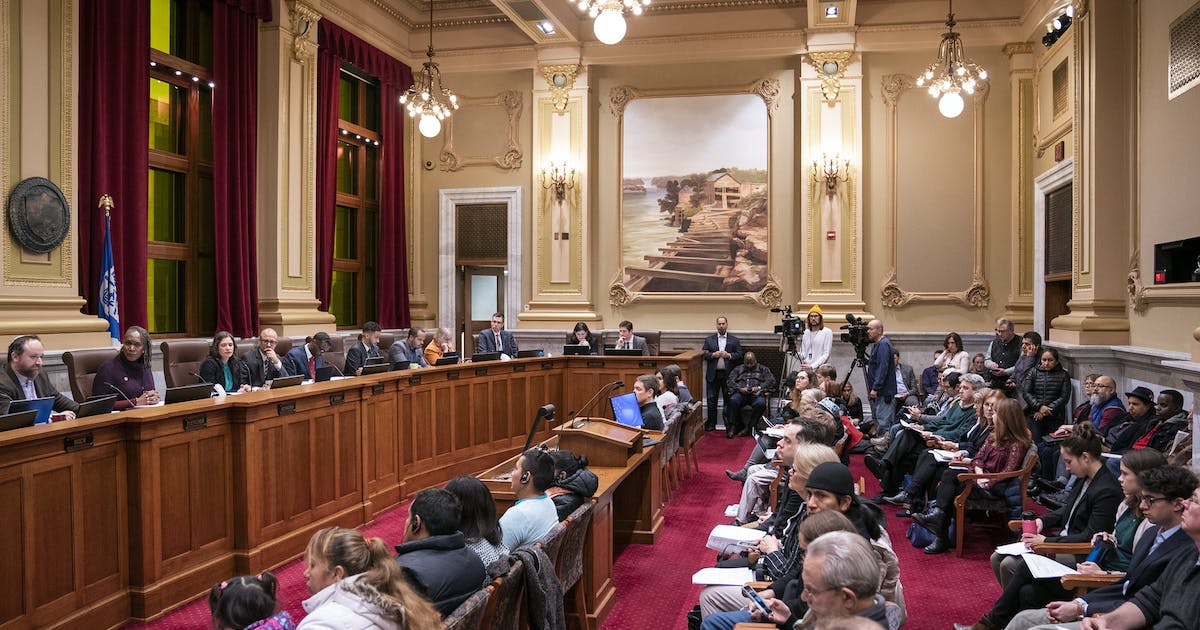 The controversial Minneapolis 2040 comprehensive plan is not on the Nov. 2 poll, but reaction to the plan and the debate over how the city can bolster affordable housing is still hotly contested in the southern Minneapolis election.

City council members Jeremy Schroeder, Andrew Johnson and Linea Palmisano represent the city’s southernmost neighborhoods and face competition from a total of 10 challengers with varying perspectives on housing and reform of the city. police, among other key issues.

The 2040 plan aims to create a more densely populated and transit-friendly city, easing restrictions on the construction of multi-unit buildings and forcing developers to include affordable units in new large apartment buildings. apartments, among other changes. Minneapolis also became the first city in the country to end single-family zoning, opening the door to building more duplexes and triplexes in areas previously reserved for single-family homes.

In 2019, the city council approved a new policy called inclusionary zoning, which is part of the 2040 plan, requiring developers of apartments of 20 or more units to include affordable housing, donate land to the city or to pay a fee.

In the 11th Ward, which includes Lake Nokomis and Lake Diamond, Schroeder defends his record on affordable housing and accessibility. He was elected in 2017 partly on the promise of being more accessible than his predecessor, and now some of his challengers are using the same argument against him.

“There were a lot of actors without listening,” said Emily Koski, 43, who lives in the Page neighborhood and is the daughter of former city council member and mayor Al Hofstede. Koski added that she would create a residents’ committee to influence the next steps of the 2040 plan. “They were left out of many conversations or ignored. They didn’t feel their thoughts on the 2040 plan were being taken into account. account.”

Schroeder, 46, who lives in the Diamond Lake neighborhood, responds that he has been accessible, sending out a weekly newsletter and answering thousands of calls. He touts his work spanning nearly two decades in nonprofit organizations, including one focused on affordable housing. The 2040 plan is a framework, he said, but it will be up to individual projects to boost affordable housing.

At the city council, he co-wrote the inclusion zoning policy and co-wrote a draft Tenants Purchase Possibility Act (TOPA), which could give tenants the first right to purchase a building if it is for sale, with help from the city to organize and file loan applications.

“People see this as common sense,” he said. “Why wouldn’t someone who lives in a rental house, if it goes for sale, want the opportunity to buy it? They would still have to respect the seller’s price.”

The Minneapolis DFL did not approve a candidate in the race, but Koski won 54% of the delegates, blocking the approval of Schroeder, who received 45%. Koski, who works at a marketing consulting firm, also raised the most money of any contestant in the race, according to campaign finance records.

She opposes TOPA and rent control, and worries about the 2040 plan to move single-family homes to triplexes.

Kurt Michael Anderson, 68, a lawyer who lives in the Tangletown neighborhood, agreed the plan missed the mark of racial equity or affordable housing and he supports increased mortgage subsidies. “A lot of these tenants are aspiring homeowners and homeownership is what keeps the city stable, giving people long-term ownership,” he said.

Dillon Gherna, 33, who works for the Hennepin County Sheriff’s Office, is a tenant in the Windom neighborhood who lived in his car when he first moved to town. He criticizes the fact that Schroeder is not accessible, declining an invitation to a neighborhood forum in 2019 to discuss crime. “We have to be prepared to take the heat from our bosses: our voters,” he said.

Albert Ross, 38, who runs a construction company and lives in Windom, said the city should do more to increase down payment assistance for people of color and help the elderly, although he is against the rent control. “It’s just too excessive for the government to take control of the private sector,” Ross said.

Schroeder is also the only 11th Ward race candidate to support the ballot issue to replace the police department with a new public safety agency.

In the 12th and 13th wards, the Minneapolis DFL approved incumbents Johnson and Palmisano.

In the 12th Ward, which spans the Lake Hiawatha, Minnehaha Park and Mississippi River neighborhoods, Johnson, 37, a former systems engineer elected in 2013 and living in the Howe neighborhood, defends the 2040 plan, claiming that he put forward more amendments than any other board member, “so I worked hard to make it better.” He added that he has helped increase the number of new affordable housing units in the neighborhood. He supports the law enforcement measure, although he has said he does not support funding for the police.

Its two challengers – Nancy Ford, 63, a small business owner in the Ericsson neighborhood, and David Rosenfeld, 59, a trader who lives in Howe – oppose the policy amendment and criticize the 2040 plan.

Palmisano voted alone against the 2040 plan and said the council had the right goals but the wrong plan. She opposed TOPA, saying it would require a “huge amount of internal infrastructure” and added that the new housing tools should not conflict with existing programs. First elected in 2013, Palmisano said she was a “tried and trusted voice,” even if that meant standing alone on an issue.

Norton, 37, a small business owner in Lynnhurst that raised the most money among the challengers, criticizes Palmisano’s “pace of change” and votes against the 2040 plan. He supports TOPA and wants to see the rate of change. occupancy of single rooms to increase. He also supports the police measure, unlike Palmisano.

City council positions, which have salaries in excess of $ 100,000, will be on the ballot in 2023 before reverting to four-year terms.