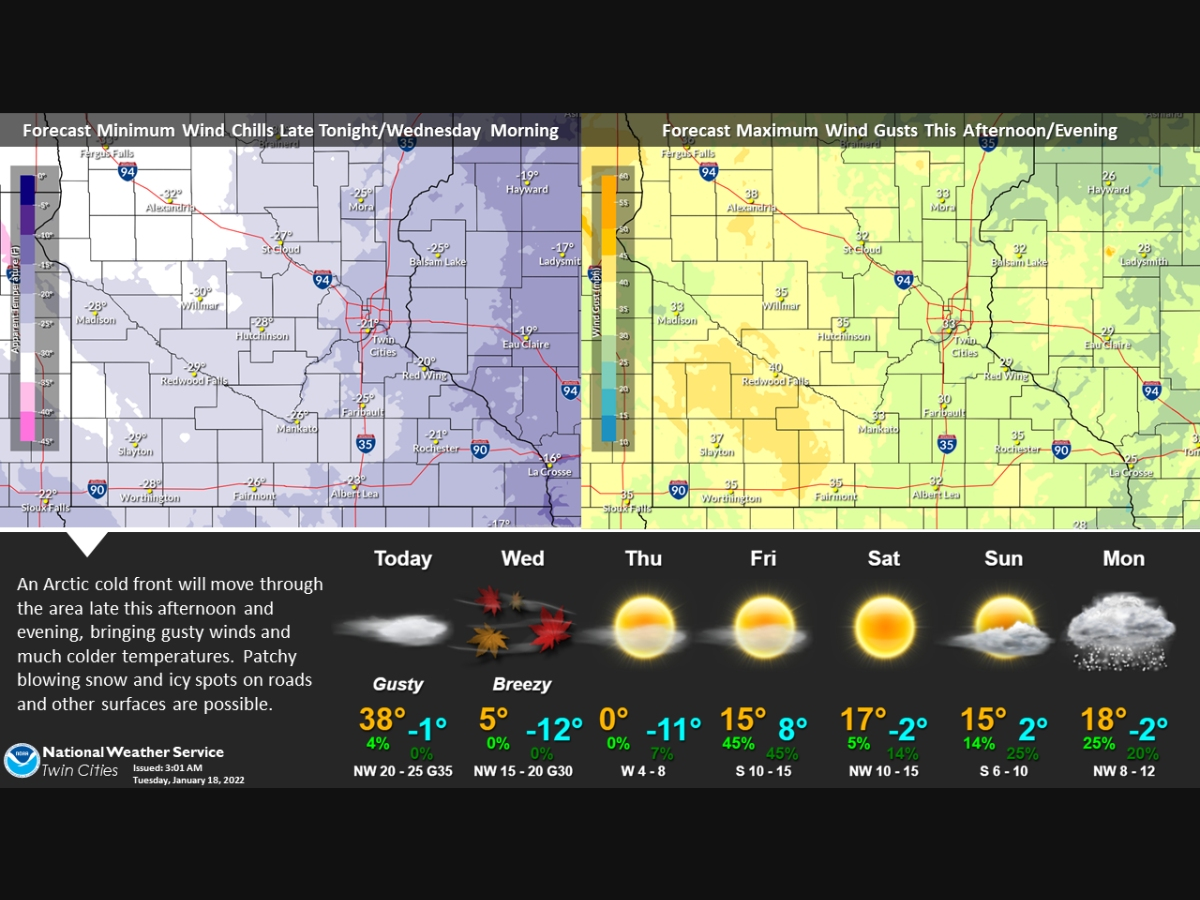 MINNEAPOLIS — After a particularly warm Tuesday, when the high hits 38, arctic air will return to the Twin Cities subway overnight.

Wednesday’s high will be 5 degrees. With the wind chill, the low will feel like 17 degrees below zero. High temperatures will rise into the teens this weekend.

“An arctic cold front will move through the region late in the afternoon and into the evening, bringing gusty winds and much colder temperatures,” the National Weather Service said.

“Uneven blowing snow and icy patches on roads and other surfaces are possible.”

Here is the full NWS forecast for the Twin Cities Metropolitan Area:

Tuesday: Increasing cloudiness with a high near 38. Wind south southeast 10 to 15 mph becoming west northwest in the afternoon. Winds could blow up to 25 mph.

Thusday: Sunny and cold with highs near 1. Wind northwest around 5 mph becoming calm in the afternoon.

Thursday evening: Rather clear, with a minimum around -12. Wind calm becoming south around 5 mph in the evening.

Friday: 20 percent chance of snow in the afternoon. Increasing cloudiness, with a high near 16. Wind south 5 to 15 mph.

Friday night: 40% chance of snow, mostly before midnight. Mostly cloudy, with a low around 10. Wind south 10 to 15 mph becoming west northwest after midnight.

Sunday: Partly sunny, with highs near 14. Wind southwest around 5 mph.

Monday: 30% chance of snow. Partly sunny, with highs near 19. Wind northwest around 5 mph.