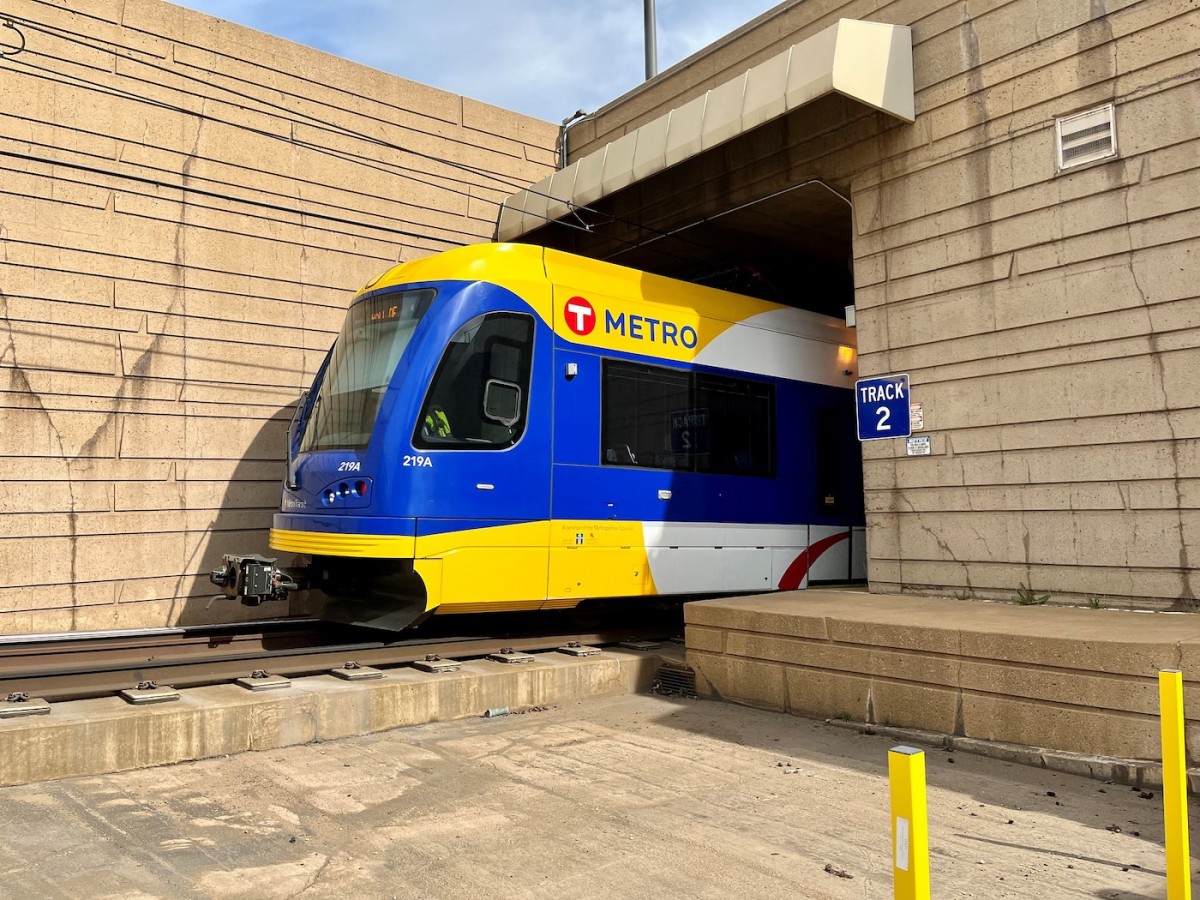 In most cities, the people who make crucial decisions about our transit systems are not chosen by the public. In the Twin Cities and elsewhere, however, a growing number of advocates say it’s time for that to change.

They say it’s urgent because they believe the Met Council is mismanaging the Southwest Light Rail expansion project, which will extend the current Green Line between St. Paul and Minneapolis 14 miles to the southwestern suburbs. western Hennepin County. The project, which will be audited by Minnesota’s legislative auditor, now costs $2.75 billion. Its completion has been delayed until 2027 due to issues with building a tunnel through the Minneapolis chain of lakes, which caused cracks to form in a condominium building converted from grain silos.

In the United States, however, directly elected councils that oversee regional infrastructure are rare. Only three transit agencies, including two in the Bay Area, are directly elected. And there’s only one metropolitan planning organization, in Portland.

But holding a transit agency accountable might not be as simple as electing it. On the one hand, the mere fact that a transit board is elected does not automatically lead to better transit service.

“The quality of the persons appointed [to the Met Council] entirely depends on the level of interest the governor shows. If the governor doesn’t take it seriously, doesn’t give it the same attention, then you get poor quality on the council,” says Curt Johnson, who chaired the Met Council in the 1990s under Governor Arne Carlson. “You can have the same with electoral politics.”

The Met Council has proven controversial since its inception. It levies taxes to run the area’s public transit and sewer system, also allocates funds for public transit, housing, and open space, and exercises veto power over city development plans. territory of local municipalities. This configuration has been hailed for promoting a prosperous and equitable region.

Meanwhile, voters in the Twin Cities have no say in what the Met Council should do. Although a 33-member council made up of elected officials and people who walk, bike or take public transit decides how federal transportation funds are allocated, it is primarily overseen by 17 appointed governors, 16 of whom represent different parts of the Twin Cities.

State law requires the governor to appoint a seven-person committee, three of whom are elected, to publicly review potential nominees who would be nominated for overlapping terms. Proponents say that appointing council members allows them to decide holistically what is best for the region, and a study Higher Education Commissions by Professor Paul G. Rubin, associate professor of educational leadership and policy at the University of Utah, reiterates this.

But because state law doesn’t dictate how governors must appoint the committee to vet appointees, and because their applications and resumes aren’t made public until they’re nominated and forwarded to the Senate for confirmation, governors can exploit the Met Council to curry favor with their base and important constituencies before the public can decide who best represents them. This is why both Democrat and Republican governors opposed past efforts to elect him.

During this time, appointees often go to work without confirmation, as state law allows them to serve without undergoing a formal hearing. It’s risky because we could show them the door, even if they do a good job. During the pandemic, for example, the Republican-controlled Senate held confirmation hearings fire commissioners for revenge against Governor Tim Walz’s handling of the pandemic, and Pollution Control Commissioner Laura Bishop resigned before she could be fired for her handling of the state’s clean car rule. Indeed, the Met Council’s mission could be thwarted by people who don’t even live in the Twin Cities.

So why not elect them? Indeed, studies such as Rubin’s show that elected councils are more accountable and responsive to those who vote for them. And Bay Area Rapid Transit District, which was converted to an elected council after voters overwhelmingly approved a measure in 1974 as the agency struggled financially and had trouble with its early train control system, recently became the first Bay Area transit agency to respect a mask mandate after lobbying from the senior and disabled community. AC Transit followed suit today.

But the two reports published by transit center and one blue ribbon committee appointed by Governor Walz at the end of 2020, Recommended Transit Agencies and the Met Council continue to be led by appointees. The committee’s report recommends that they continue to be appointed by the governor, saying the appointment process is transparent, and electing the council, or having locally elected officials sit on it, would detract from its purposes of deciding what is best for the region due to parochialism and time commitments. Lawmakers introduced a bill in the last session to enact the recommendation, which did not pass.

However, TransitCenter recommends that board appointments be made by local officials where a transit system serves so that they are more accountable to those directly affected. He cites the San Francisco Municipal Transit Agency as an ideal example, as its nine-member council is appointed entirely by the mayor and confirmed by the board of supervisors – both directly elected by San Franciscans. But he also cites the Santa Clara Valley Transportation Authority board as a counterexample, because multiple jurisdictions, each with their own definition of adequate transit service, are involved in naming, making it difficult for riders to hold the council as a whole accountable for the poor. , discontinuous transit service.

So how do you make a regional transit agency serving multiple cities more accountable to those who use it? Shontel Lewis, who does diversity, equity and inclusion work, sits on the Denver Regional Transportation District Board of Directors and is a transit operator, believes the elected Denver Board of Directors 15 people should have universal seats.

“I propose that we have board members [who] are on the loose, really to get us away from that parochial thinking or parochial decision-making,” Lewis says. “Because it can sometimes prevent us from making good solid decisions for the region. And sometimes we need those who come to the table with the 30,000 foot lens to make decisions as a whole.

Indeed, a study by the University of Houston Hobby School of Public Affairs found that general representatives are more likely to decide for a jurisdiction as a whole. But at the end of the day, representing the interests of your constituents and the region comes down to interpersonal skills.

“When you take office, you can’t just snap your fingers and make the changes,” says Jean Walsh, who works in strategic communications, takes on public transit and sits on the board of directors for the Transit District of Alameda-Contra Costa, which has at- large seats. “Especially when you’re on a board with six other people, you have to work with your colleagues and you have to have the majority of the board to get things done and get things done. It takes time and effort to understand the problem, build relationships with your colleagues, and move it forward the way you want.

Henry Pan 潘嘉宏 (pronouns: they/them/their) is an introverted Minneapolis-based freelance journalist who primarily reports on his lifelong passion: transportation issues. Journalism aside, they like to roam cities and nature by bike, on foot and by public transport whatever the season.