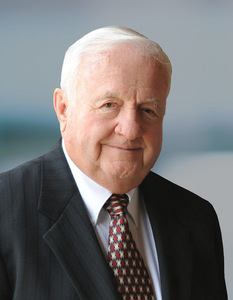 As a successful real estate developer, entrepreneur and community leader, Charles’ impact in the Grand Mankato area and throughout the Midwest is a testament to his persistence today. Through his passion for people and his business genius, he led the Atwood companies for over 60 years. He was a municipal councilor and mayor of Mankato. He was the second generation of the family businesses founded by his father in 1934. His son, Thomas Atwood, provided exceptional leadership in the Atwood businesses until his death in 2013. The Atwood businesses are now fourth generation businesses.

Charles loved to be on the water and spent his retirement years as a dedicated sailor. He was a long-time member of the Charlotte Harbor Yacht Club and was the Commodore in 1990. He and his wife Ann were avid travelers and have seen the whole of the United States and 7 continents.

Memorial services will be held at a later date in Mankato, Minnesota. Memorial contributions can be made to the American Cancer Society.

Friends can visit online at www.robersonfh.com to express their condolences to the family. Arrangements by Roberson Funeral Home & Crematory Port Charlotte Chapel.