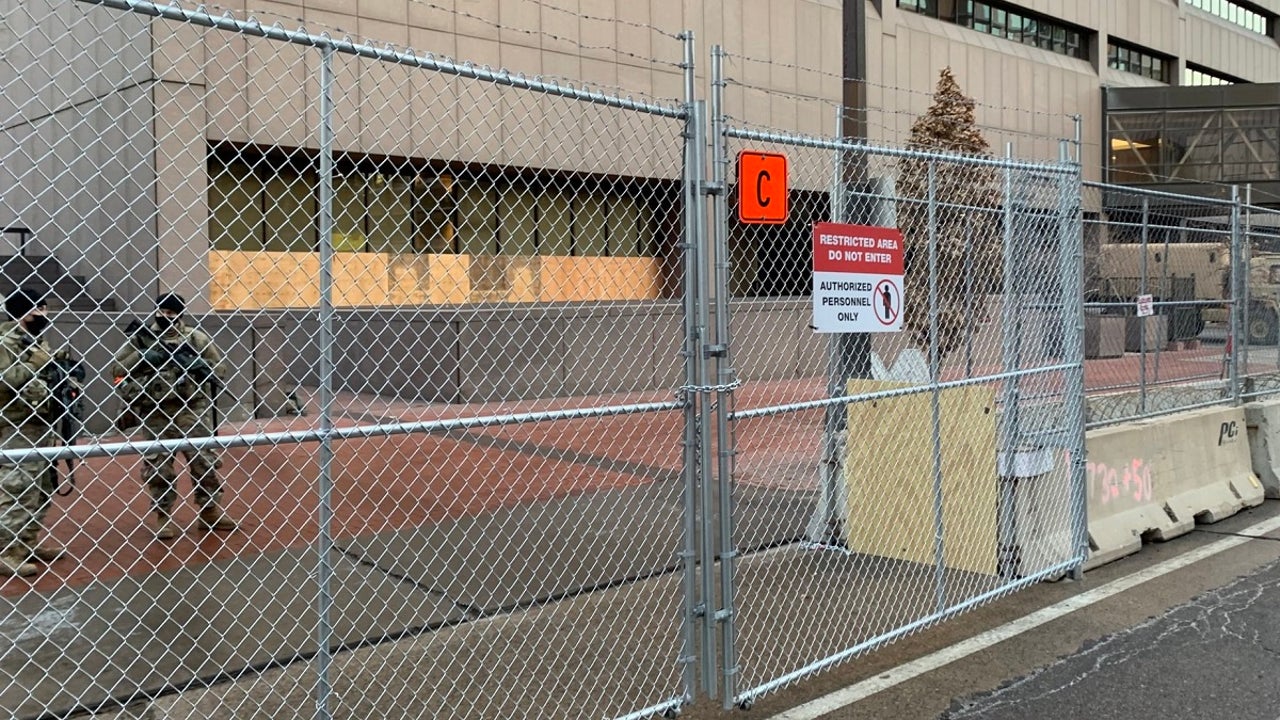 Additional security is in place at the Hennepin County Government Center as jury selection for the Derek Chauvin trial begins on Monday, March 8, 2021. (FOX 9)

Agency officials made the disclosure to Minneapolis City Council as the MPD requests $ 5 million to cover rising overtime costs in 2021. The proposal will be before the council’s public safety committee on Thursday.

In Minneapolis, the mayor wants to use federal stimulus money to bolster depleted police forces, but the idea is running into police skeptics on City Council.

More than 200 officers have left Minneapolis Police in the past year, stretching the remaining staff as violent crime escalates. Mayor Jacob Frey is looking to use federal stimulus funds to bring in outside agencies to help with patrols and investigations, a proposal that raises questions from council members.

The MPD’s sworn workforce now stands at 632 officers, down 25% from 845 a year ago, according to police force data.

MPD saved between $ 1 million and $ 3 million on payroll this year, but the city is still paying some officers who have taken disability leave in recent months, even though their absence creates overtime demands, said Robin McPherson, agency chief financial officer.

â€œSo our payroll savings aren’t that big,â€ McPherson told board members at a meeting Wednesday morning.

Council members put the $ 5 million in a contingency fund during budget negotiations late last year. Police officials now say they will need all of this to cover overtime expenses.

Council member Steve Fletcher, who represents most of downtown, asked why the city doesn’t have enough payroll savings to cover overtime costs.

â€œWe’re going to need some help figuring out where the money is going,â€ Fletcher said.

Separately, Frey proposed to use $ 11.5 million of the city’s federal public safety bailout funding allocation to slow the spike in crime. Homicides, non-fatal shootings and carjackings have doubled the pace of the past year.

Of that, the Minneapolis Police would get $ 5.6 million, while the remaining $ 5.9 million would go to violence interruption programs.

Under Frey’s proposal, MPD would get:

â€¢ $ 1.4 million to contract with outside agencies, including the Hennepin County Sheriff’s Office and Metro Transit, to assist with patrols and criminal investigations
â€¢ $ 1.4 million to unfreeze 13 civilian administrative and support positions, freeing up sworn personnel for law enforcement operations
â€¢ $ 250,000 for overtime to staff 12 additional teams in crime hot spots
â€¢ $ 640,000 for fixed and portable cameras to be installed in sensitive areas
â€¢ $ 1.8 million to train community service officers, who are students in law enforcement programs

Council members raised concerns about the chain of command if outside agencies helped in Minneapolis.

â€œWhat happens when we contract with outside law enforcement agencies? How does the chain of command work? Who is responsible ? Who determines how these resources are used? Asked Board Chair Lisa Bender.

The other concerns confusion over federal body camera policy after a multi-agency task force fired on Winston Smith in Uptown Minneapolis last week.

The Minneapolis Deputy Police Chief said the Hennepin County Sheriff’s Office and Metro Transit would follow their own policies when providing assistance.