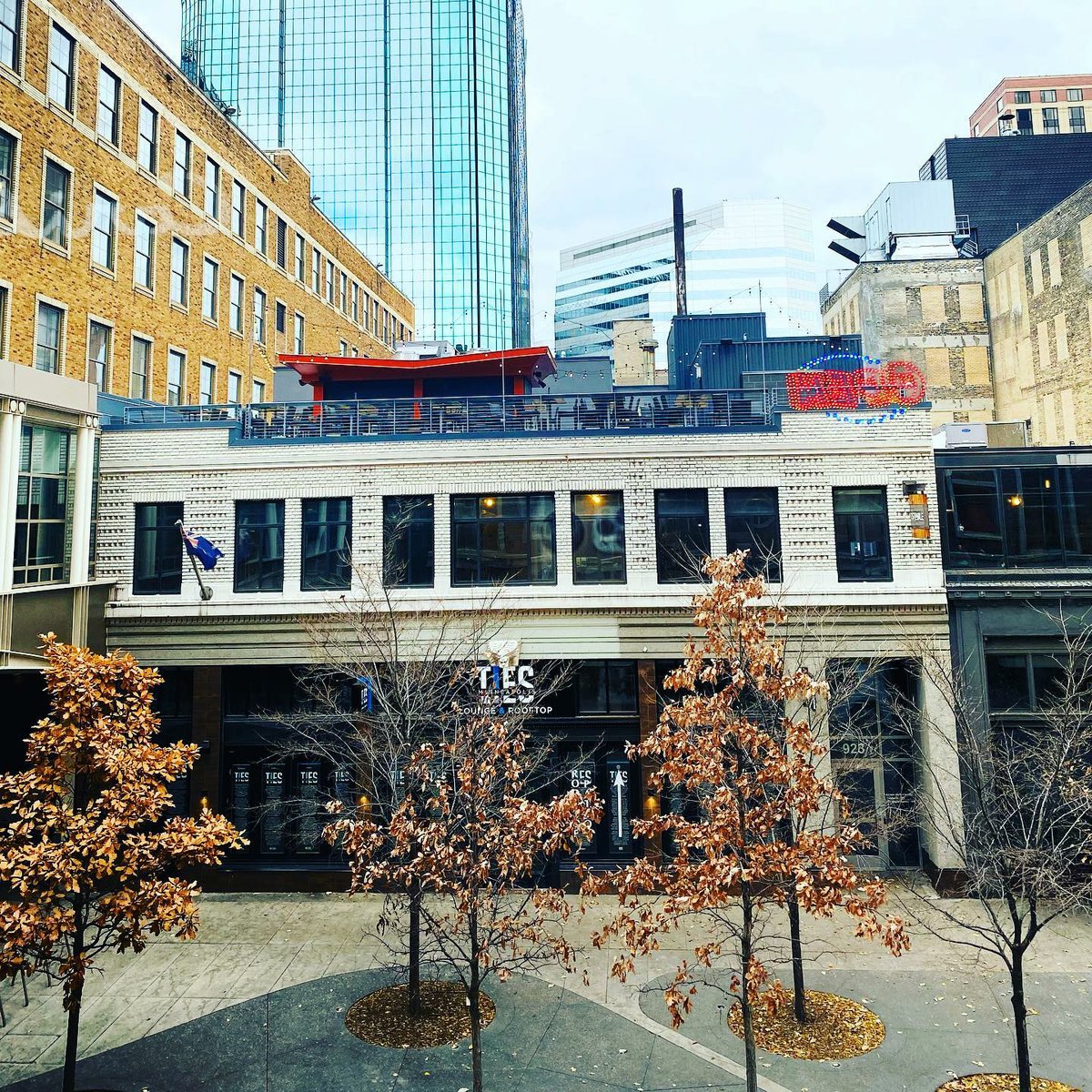 Quick: think of a nightclub.

If you’re like me, club culture is all about the outcast, not the other way around. The more exclusive the club, the cooler it is, the more you covet a golden spot. To the right?

Not according to the Minneapolis group behind Lounge & Rooftop Tiesa trio of Gen Z friends who came together with a simple accusation: “We don’t care who you are, if you’re with us, you’re gonna try to have fun.”

It’s a diverse group of besties: a Black, a White, and an African, with upbringings that required each of them to get along and get along in schools, neighborhoods, and social circles different from their own. Fate brought them together and they decided they wanted to share what they inherently knew through their own close bond: it’s about coming together.

That’s all, as children say.

Each of the men, Stevie Moman, Tommy Joyce and Gene Sanguma, were ready with different backgrounds and career goals (marketing, sports management, sales), but with a common entrepreneurial spirit, and the holiday promotions seemed to be a natural choice. Real estate guy and brand fan Levi Strowder showed up as a knight with shiny brick-and-mortar keys, and suddenly there were now four of them instead of three, with their own nightclub in to become. Mpls Ties. opening mid-February.

With a flair for social media, Ties got their start selling out already existing clubs like Pourhouse and Crave with their unique branding that serves up messages of diversity, laid-back fun and a refreshing lack of pretentiousness.

“Two hundred, two hundred and fifty people were going in and not going out,” recalls Moman.

For a group of entrepreneurs fresh out of college, they have an old soul mentality about their city. In middle age in their early to mid-twenties, they feel nostalgic for how downtown Minneapolis felt before the pandemic and civil unrest that left its streets often deserted and sometimes desolate.

But they see a brighter future for the city and hope to be the “domino effect” causing change. “Downtown is still a vital part of Minneapolis. We can’t just give it up. We simply cannot avoid it. There are 60,000 people living here. People still need this place,” Moman says.

Skeptical that a nightclub could be the balm for a wounded downtown? This is no ordinary nightclub. “I want YOU to come here,” Moman said.

“I would love to come here and see families, kids with pencils, a business meeting at the next table, someone studying at the next table. It’s not just about nightlife and alcohol. We want weddings, anniversaries, birthday parties. This is a community space. Not just a bar.

How are they going to do it?

The former Rojo/Randall’s/Ling & Louie space on Nicollet Mall already had the bones for four floors, so each floor will provide a different experience, says Moman, and a different opportunity for the vibe you feel that day or night. And yes, they want everyone to participate in every vibe. You could come several times a week, or maybe even a day, and have a different time.

No cover, no bouncer, no DJ. The first floor is a completely open concept with a prominent TouchTunes jukebox, so the crowd chooses the music. This is where you could find your families and your children.

On the upper level, a chill lounge, with an Instagram room and a large selection of local beers and ready-to-go cocktails. The rooftop, with a food kiosk designated for Justin Sutherland’s culinary styles, is more intimate than sprawling, and even in the dead of winter, it’s welcoming.

The food in the main part of the experience – because we can only refer to Ties as an experience – is from chef Joshua Hedquist of Joey Meatballs. Ties wanted a chef with a social mission aligned with theirs, and Hedquist’s work with The Redemption Project, using Second Chance Employment (employing people with criminal records) matched that call, as did the line of pizzas, Hedquist’s affordable and casual wings and pasta. -a menu that hardly anyone can argue with. No arguing here, remember?

Finally, the basement will provide a “premium experience”, for those who want it, and yes, if you absolutely want bottle service, that can be arranged. While Ties might not be your go-to place for $500 bottles of Patron, they’re also saying yes. So they won’t turn you down if a $500 bottle is what you desire. Just know that they will go a step further, tailoring your experience to you, not the club. Remember, it’s inclusive, not the other way around. “Our demographic is 21 to 70 years old. No drama, no problems. Everything is open to everyone. Everyone will be there to have a good time. Think of a bunch of people who would never get along – you’re going to have fun and smiles here.

You haven’t heard how sincere, serious they are. You may have to see it to believe it. And since they want you, your kids, your co-workers, and your fellow students to come visit, you can go there and do just that.

It may be time to hand over the keys to the generation that has the most to gain and the most to lose in this society, and this city, from which it inherits.

“Having an ideology of coming together — there’s nothing bad that can come out of it,” Strowder says.

For my part, I will toast to that.

FirstBank increases the productivity of its loan officers by 20% with