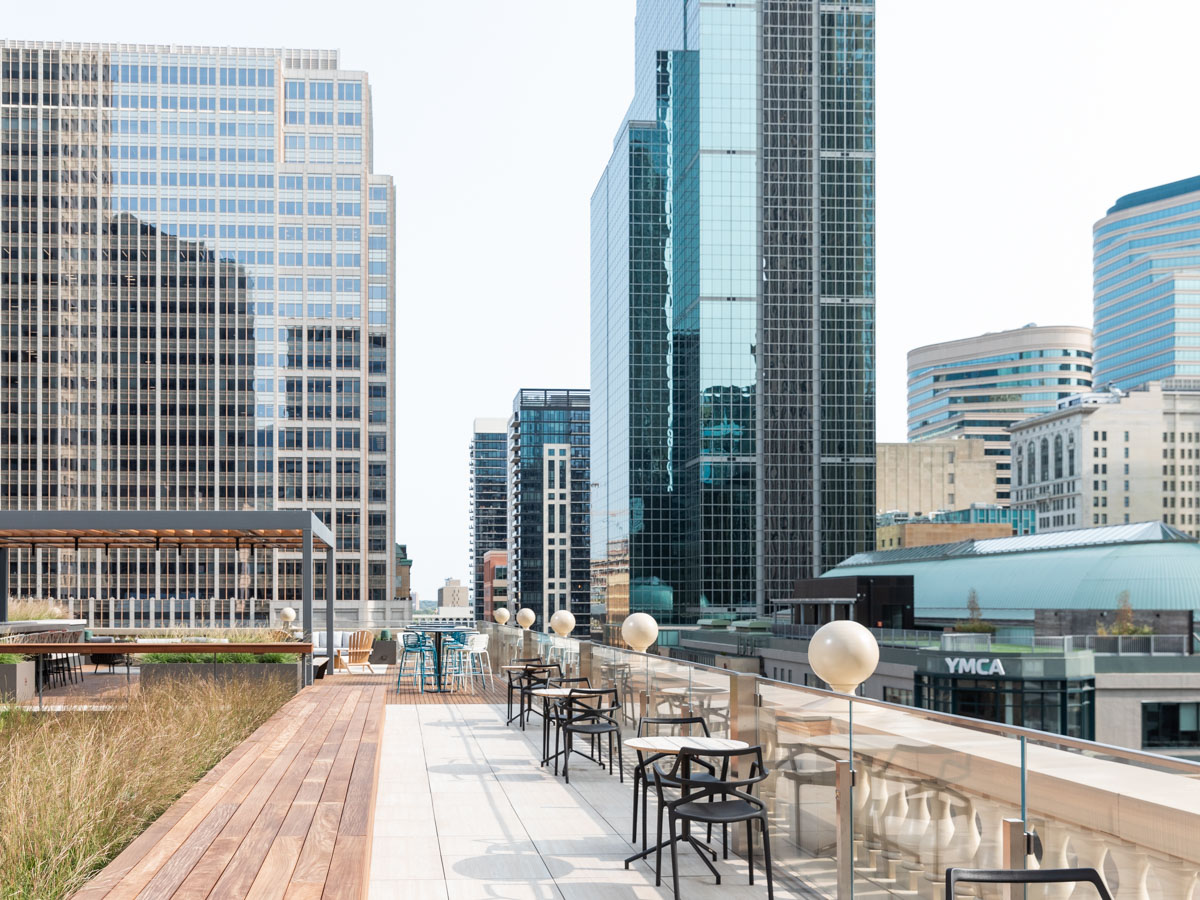 It’s an emerging brawl between New York’s big real estate and financial firms. But the fight is over a property in downtown Minneapolis: the Dayton’s Project.

New York-based 601W Companies acquired the former downtown Macy’s department store in early 2017 for $ 59 million. Since then, he has undertaken an ambitious overhaul of the 12-story building with a tab exceeding $ 350 million. The vision envisioned an invigorated complex with approximately 750,000 square feet of office space and approximately 250,000 square feet of retail space anchored by a food court. But after more than four years, the project is 98 percent vacant.

Last week 601W Cos. filed a lawsuit against New York-based Monarch Alternative Capital, which now owns the project’s mezzanine loan. The mezzanine loan currently stands at $ 78 million and 601W is up to date on its payments. But if 601W is not in monetary default on the loan, it is in technical default because it did not meet the rental hurdles stipulated in the mezzanine loan agreement.

The first barrier to leasing was to lease 250,000 square feet of space by May 9th.

Technically, the lawsuit against Monarch was filed by the entity 601 Minnesota Mezz LLC and Mark Karasick and Michael Silberberg, senior executives of 601W.

The lawsuit sheds light on the behind-the-scenes financial details of the project.

The initial construction loan for the project was $ 145.6 million from New York-based JPMorgan Chase & Co. The funding includes a projected $ 90 million in historic federal and state tax credits. Developers regularly use historic tax credits to redevelop old buildings. 601W has invested over $ 105 million in equity.

The status of JPMorgan Chase’s loan is unclear, but JPMorgan appears to occupy the high-level position as the lender on the project. A representative for JPMorgan Chase declined to comment.

According to the lawsuit, “construction on Project Dayton has largely been completed since just before the start of the Covid-19 pandemic in February / March 2020.”

601W argues that the office rental market in Minneapolis has been “practically frozen” for the past 16 months due to the pandemic and social unrest following the murder of George Floyd. This proves that these extraordinary events made it impossible to resolve the obstacles associated with leasing.

601W said it had “firm lease commitments” from two companies, including a “national accounting firm,” and was in “advanced negotiations” with another tenant for 150,000 square feet of space.

601W claims two tenants bailed out due to ongoing civil unrest in Minneapolis. The lawsuit further states that a company was on the verge of renting half of the project offices, but was also cold-blooded: â€œFor the same reason, a potential lead tenant (the national accounting firm) has ended up postponing and drastically reducing the scope of its commitment to lease four of the property’s eight floors of office space.

There was no buzz in the downtown office market about specific tenants who were close to leasing space from the Dayton Project.

The 601W lawsuit also seeks substantial damages: â€œThe plaintiffs have suffered damages owing to the actions of Monarch in an amount currently unknown, but estimated at no less than $ 270 million, representing $ 105 million in equity and $ 165 million in lost profits. “

Things were moving slowly at Dayton’s Project before the pandemic and social unrest hit. In March 2019, the developers announced that they were pushing the opening date back to spring 2020.

In 2019, the Dayton’s Project was set to lease the entire third floor of the building to coworking giant WeWork. That deal evaporated amid WeWork’s financial crisis.

In March, it was learned that Dayton’s Project had signed its first office lease, a modest contract of approximately 30,000 square feet with Ernst & Young.

The lawsuit makes no reference to ongoing lease negotiations or prospects. A representative of the Telos group of Chicago, which owns a stake in the project, said Twin Cities Affairs that he had no rental updates to offer at this time. There is no scheduled opening date for the dining room, which was once slated to open in mid-2019.

Although the building remained almost entirely empty, the Dayton’s Project received extensive coverage in local media. This is probably due in part to the building’s historical significance to downtown Minneapolis. It opened in 1902 as a Dayton Department Store. Even though it has operated under the Marshall Field’s and Macy’s brands during its last 16 years of operation, many Minnesotans still consider it Dayton’s. The Macy’s store on the site closed in March 2017.

Despite the retrial, 601W appears to have continued support from downtown leaders.

â€œFrom a downtown perspective, certainly from an organizational perspective, we have continued to trust the 601W / Telos team to bring this project to fruition,â€ said Steve Cramer, President and CEO. direction of the Minneapolis Downtown Council.

â€œThis is the result we are looking for. “

Cramer declined to speak to potential tenants who have allegedly left the Dayton Project. But he noted that 601W isn’t the only one facing a tough commercial real estate market.

â€œThey and real estate agents across the country have been hit very hard over the past 15 months,â€ Cramer said.