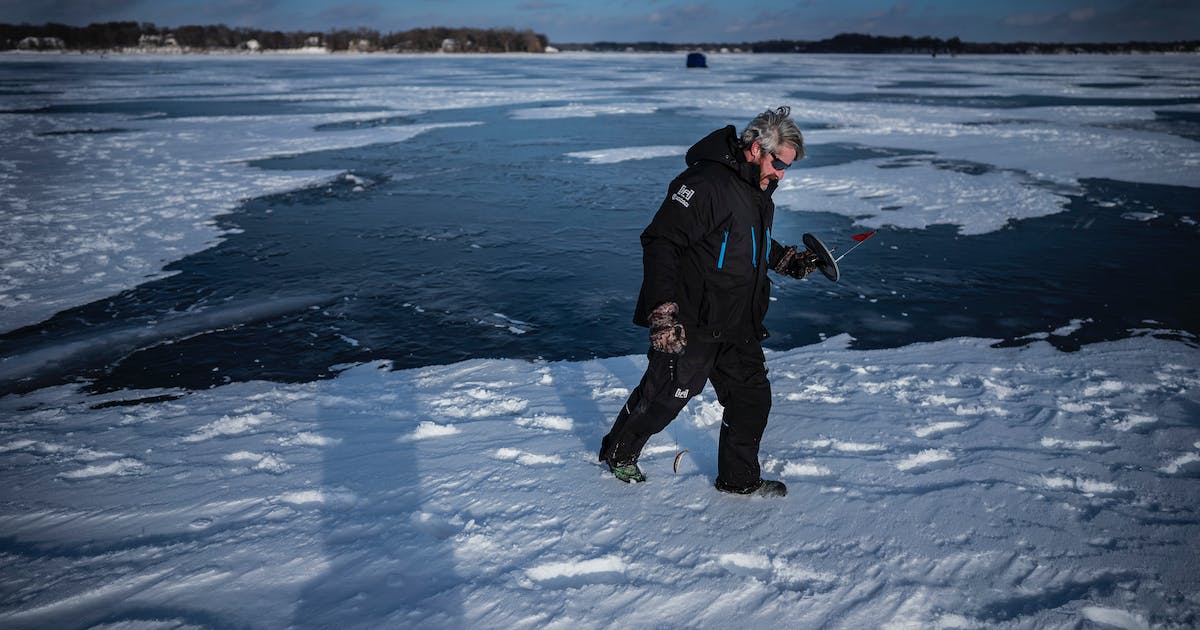 Snow is expected to start falling after 8 a.m., with total accumulations of 1 to 3 inches, the National Weather Service (NWS) said. There is a slight risk of freezing drizzle until 7 p.m. before the nighttime temperature drops to 4 Â° C.

Then the Twin Cities can expect freezing cold for the remainder of 2021. Daily highs will hover around 10 above and overnight lows will fall below zero, according to the NWS.

After temperatures hovered around freezing early Monday, a light drizzle fell – putting a crisp icing on a few inches of snow across the Twin Cities.

This made traffic slow on roads throughout the metro area and beyond, and made walking on sidewalks precarious.

From noon Sunday to 8 a.m. Monday, the Minnesota State Patrol responded to 189 accidents across the state, with 21 injuries. Another 209 vehicles sped off and eight semi-trailer trucks were jacked up, the patrol said.

And from 8 a.m. to 10:30 a.m. Monday, the patrol added that soldiers responded to 40 other crashes, with four more people injured, 44 more vehicles off the road and two semi-trailers jacked up.

From 10:30 a.m. to 5:30 p.m., Soldiers responded to 90 other crashes and nine drivers sustained non-life threatening injuries, according to a patrol update. Another 111 vehicles left the roads and needed assistance. There were also 15 other Jackknife semi-finals.

Dangerous driving conditions and poor visibility have led the state Department of Transportation to advise against travel on state and federal highways in Moorhead and other towns in Clay County. The notice was lifted late Monday afternoon.

A total of 20Â½ inches of snow fell at the airport this season, nearly 3 inches above normal, the weather service said.

At 4 inches, East Bethel reported the heaviest snowfall on Monday in the Twin Cities area. Chanhassen received less than 2 inches, according to the NWS.

In central Minnesota, the weather service reported 18 inches at St. Mathias, south of Brainerd, 10 inches southwest of Little Falls, and 7.8 inches at Pierz.

Later Monday, winds blew up to 35 miles per hour in the Twin Cities.

Wednesday is expected to be mostly sunny with a high of 8 degrees, and snow could return on Thursday.