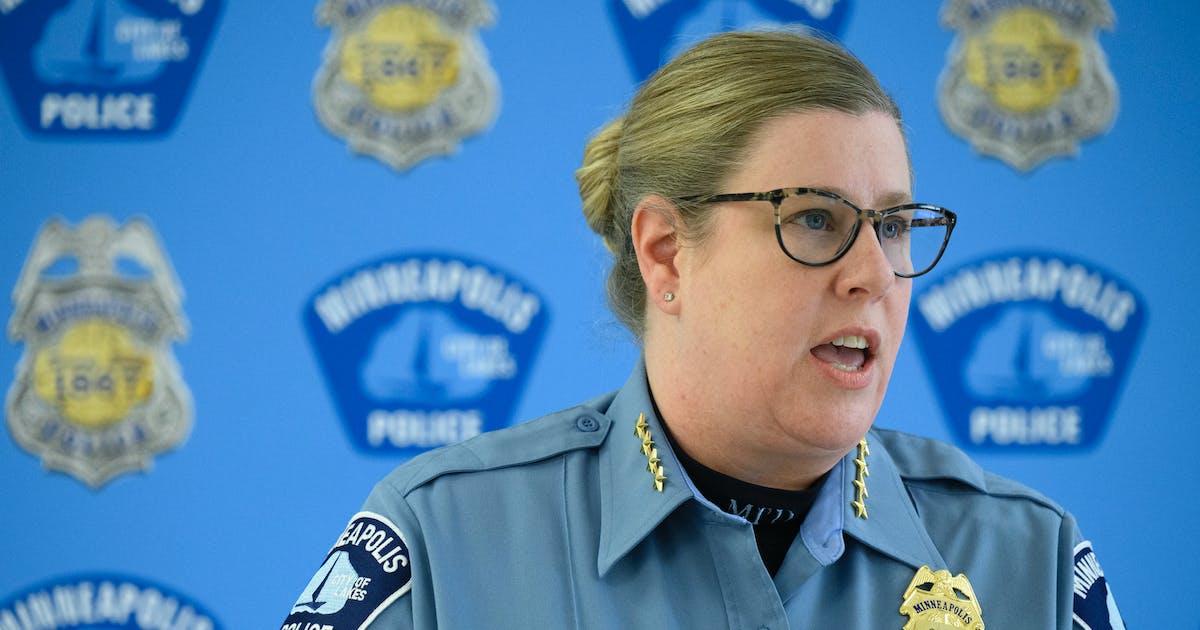 A police officer who was previously fired for his role in seizing cellphones during a raid but later reinstated has been tasked with all Minneapolis police training.

David Garman was also sued by a family for his part in a raid by the now-defunct Metro Gang Strike Force that led to a $16,000 payout to the city.

Garman, a former Minneapolis Police Department (MPD) Officer of the Year, is among several officers with blemished records who have recently been elevated to leadership positions by Acting Police Chief Amelia Huffman. Their promotions were listed in an internal email circulated within the department.

“We are fortunate that MPD and our city benefit from their commitment and loyal service,” Huffman wrote in the email.

But some of those officers, including Garman, were not named at a Jan. 26 press conference when Huffman announced the leadership changes.

The development comes as the department finds itself embroiled in a new controversy, the police shooting death of 22-year-old Amir Locke during a warrantless operation last week at a downtown Minneapolis apartment.

In his new role, Garman will oversee the training of all incoming recruits as well as current officers. But his appointment drew heavy criticism from Communities United Against Police Brutality, a local watchdog group.

“It’s a very bad idea to put a man who has had problematic conduct in charge of training other officers,” said Michelle Gross, president of the group.

She said she thinks the department “would have learned better now after having Derek Chauvin as a field training officer.”

Chauvin was coaching on the field at the time he put a knee on George Floyd’s neck on May 25, 2020, resulting in Floyd’s death. The former officer was convicted of murder and manslaughter in 2021 in Hennepin County District Court and sentenced to 22½ years in prison. He later pleaded guilty in federal court to violating Floyd’s civil rights.

Huffman said she was a candidate to replace former police chief Medaria Arradondo, who retired in January after 30 years with the department. A nationwide search for his replacement is scheduled for this year.

Gross said Huffman showed a “lack of judgment” in taking nominations, “shows[ing] that she is not the right candidate to be Minneapolis police chief.”

Huffman declined to comment on Gross’ criticisms or Garman’s past discipline and Strike Force lawsuit payout.

The department’s command staff instead released a statement listing the qualifications of the officers Huffman had promoted, saying they would bring “an explicit commitment to advancing the MPD to build trust with the community,” including the hiring of “candidates of character”.

Huffman introduced three of the appointees at the January press conference. She excluded six appointees from the announcement, including Garman and three others who appear to have clashed with the department on multiple occasions.

Garman has worked at the department for 24 years, serving as health and welfare coordinator and lieutenant leading the assault unit, and has trained other officers. He has a master’s degree in psychology, is working on a doctorate in organizational leadership, and has been an adjunct professor in the law enforcement skills program at Rasmussen College since 2009.

Garman joined the force in 1997 and was named Officer of the Year in 2007. A year later, he shot and injured a man while working undercover in a robbery sting. He has since held several other positions and most recently headed the ministry’s crisis response unit.

Garman was fired by then-Police Chief Tim Dolan in 2009 for his role in a case involving the Metro Gang Strike Force, a metro area officer unit that was shut down after revelations of misconduct, including mistreatment of people of color and officers keeping confiscated property for personal use.

Garman’s firing involved a drug store raid in which he and three other Strike Force officers found narcotics and seized at least three cell phones. A fourth Minneapolis officer from the unit involved in the case used the phones.

An internal department investigation found that Garman and two other officers helped cover up the use of the cellphone, sources said at the time.

According to John Delmonico, then president of the federation.

Dolan has never revealed why he reversed Garman’s dismissal, and Garman has been an influential figure in the Police Federation, where he served as treasurer and vice president of the union.

He was also named in a 2009 lawsuit relating to the Strike Force raid on a south Minneapolis home after he allegedly requested a search warrant. According to the lawsuit, up to 20 officers smashed windows, ordered two women to the ground at gunpoint, repeatedly swore, destroyed personal property and damaged walls and ceilings.

Bruce Nestor, the family’s attorney, said police were looking for a suspected gang member who lived in the basement and seized a digital camera and other possessions that were never returned. He said the city settled the lawsuit by agreeing to pay the family $16,000.

Among the promotions announced by Huffman last month was Robert Berry, who was named Third District Watch Lieutenant. In 2007, Berry was fired for ethical lapses, including failing to notify authorities of the wrongdoing of another officer who was driving while intoxicated.

Berry, who was also barhopping, was reinstated on the orders of a referee who ruled he was off duty at the time of the incident, as alleged by department officials. Berry’s dismissal was reduced to a 40-hour suspension without pay.

In 2019, he was suspended for 60 hours without pay for his 2017 conviction for misdemeanor domestic assault in Hastings. A court placed him on probation for a year, according to a Minneapolis Police Conduct Review Office document and a disciplinary notice signed by Arradondo.

Two other officers promoted by Huffman faced lawsuits that resulted in city payouts. Michael Frye, who was named a watch lieutenant for the Fifth District, was charged along with another officer with assaulting a reporter during the 2008 Republican National Convention in the Twin Cities, resulting in a $13,500 settlement, according to Peter Nickitas, the victim’s attorney.

Another date — Brian Sand, whom Huffman named internal affairs commander — was charged with a second officer in a lawsuit with assaulting Michael Forcia, a Native American, in 1999. The city attorney’s office ruled that the city should pay Forcia $125,000 plus legal fees to settle its claims and concluded that a jury would likely find the officers’ behavior “problematic”.

Sand, who holds a master’s degree in public administration, is a 23-year veteran of the MPD and a supervisor of the internal affairs unit, the department said in a statement to the Star Tribune.

The MPD said Berry and Frye were promoted through the civil service process. Asked about the leeway Huffman has to make such appointments, he said the chef has the right to “skip” eligible candidates, “but cannot do it every time.”

‘Midwest nice’ hides a history of racial terror and segregation