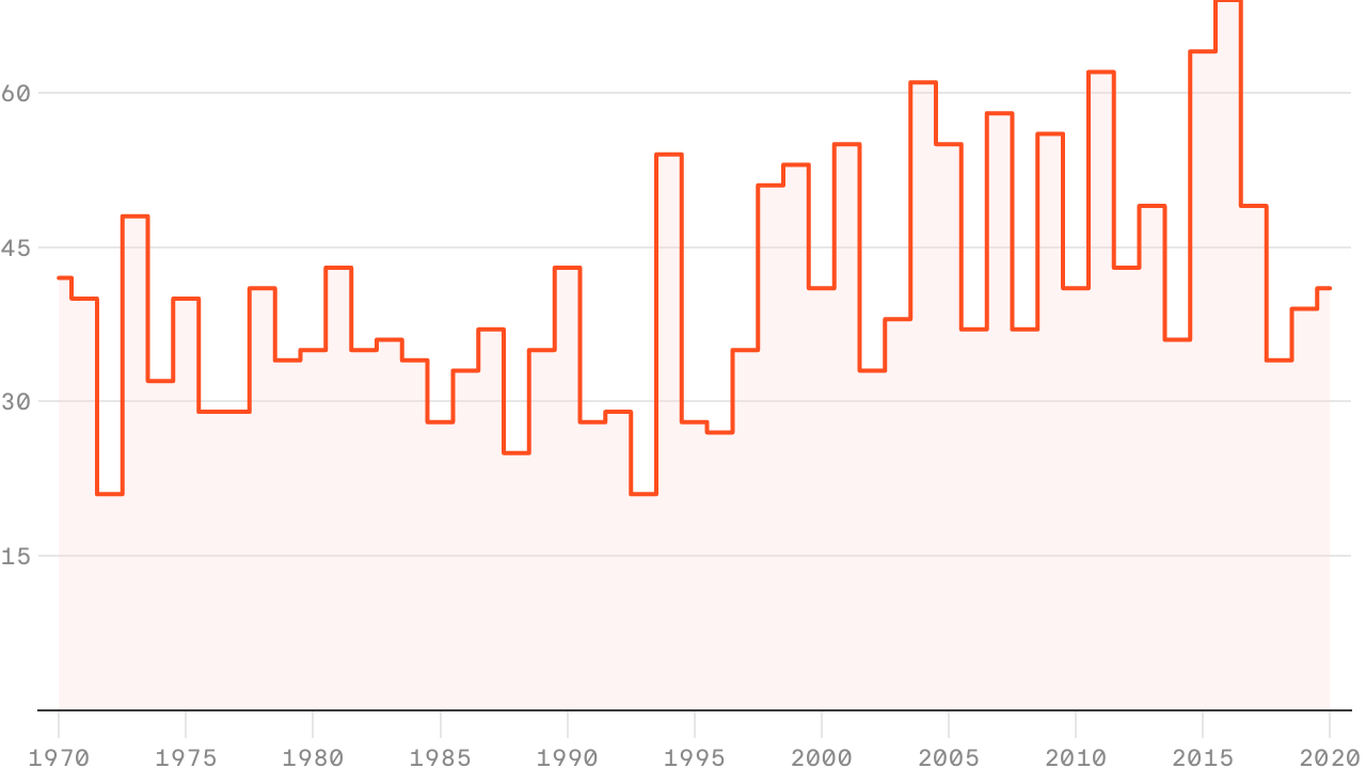 Fall tends to warm up in Minneapolis

This year’s warm fall was not just punctual. Fall in Minnesota is heating up.

The details: The number of days with above-average temperatures in the fall has increased over the past 50 years in Minneapolis, according to NOAA data analyzed by climate science research group Climate Central.

Between the lines: The data confirms what local meteorologists discovered earlier this year when new 30-year climate normals were released: The Twin Cities region is getting warmer, especially in the fall.

To note : This chart does not include the 2021 meteorological drop, which ends Wednesday.

Zoom out: As with average temperatures around the world, every season in the United States is getting warmer. However, according to climate projections, the colder seasons heat up the fastest, writes Axios’ Andrew Freedman.

No story could be found

Get a free daily roundup of the most important news in your backyard with Axios Twin Cities.