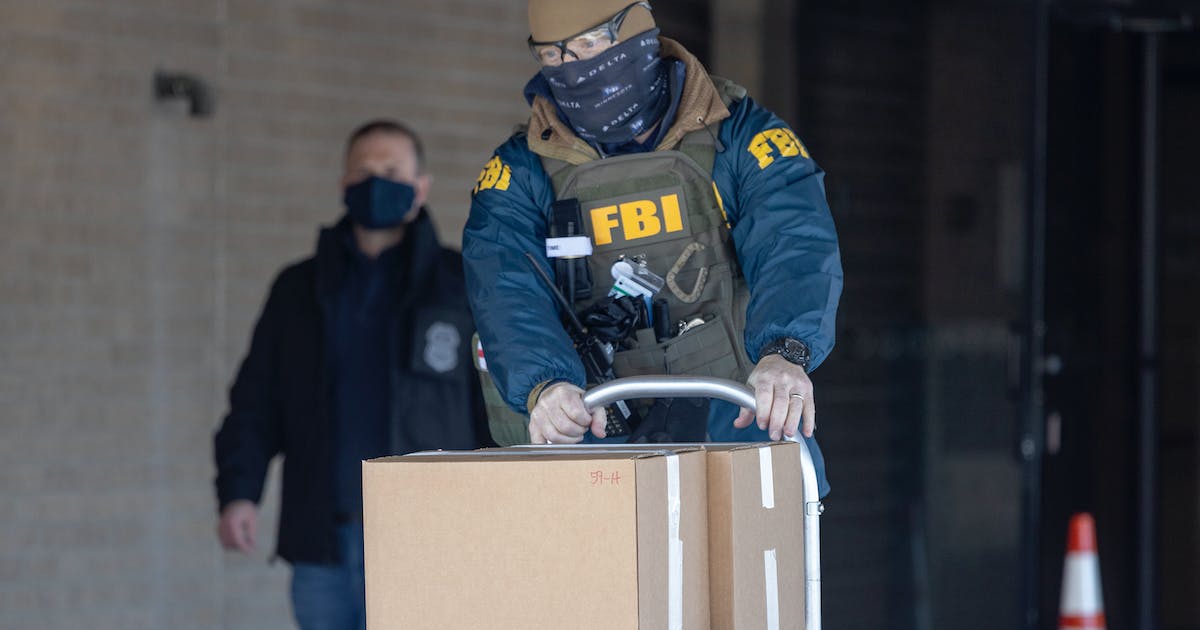 Federal authorities executed a search warrant Thursday at the headquarters of Feeding Our Future, a nonprofit that claims to serve thousands of meals each month to children in need across Minnesota during the pandemic.

The FBI says the St. Anthony-based nonprofit was part of a larger scheme to defraud the U.S. Department of Agriculture out of millions of dollars, funneling money from child nutrition programs funded by the federal government to an array of entities to launder and use for personal real estate. , cars and other luxury items.

Aimee Bock, founder and executive director of the nonprofit, did not respond to requests for comment Thursday.

The federal government distributes money to the state Department of Education to reimburse nonprofits and other organizations that provide meals to children. Yet, according to court documents, almost none of the money sent to this group went to the children.

On Thursday, more than 200 law enforcement personnel searched more than a dozen locations in the Twin Cities linked to the investigation; no arrests were made. Feeding Our Future’s St. Anthony office building was one of the sites attacked by officers, who were pushing carts stacked with boxes in sub-zero temperatures to load them onto a truck.

FBI spokesman Michael Kulstad confirmed that the agency, the Internal Revenue Service, the Minnesota Bureau of Criminal Apprehension, the US Postal Inspection Service and the US Marshals Service are working on the investigation.

The allegations include that federal funds intended to provide free meals to underprivileged children and adults have instead been used for extravagant spending, such as property purchases in Kenya and trips to Las Vegas.

“Almost none of that money was used to feed the children,” FBI Special Agent Travis Wilmer wrote in a sworn statement to the investigation.

“Instead, participants in the scheme embezzled the money and used it to purchase real estate, cars and other luxury items. To date, the conspirators have stolen millions of dollars in funds feds. The scheme is underway.”

A person who identified himself as a Feeding Our Future staffer said the FBI showed up at 8 a.m. and interviewed every employee before taking the files; four hours later, they still didn’t know why the agency was there.

Bock, of Rosemount, started Feeding Our Future in 2017 and said the nonprofit has helped community partners participate in the federal food program, contracting with sites it sponsors, documents show. judicial. The state Department of Education has expressed concern about the sharp increase in funding for sites sponsored by Feeding Our Future, according to the documents.

Feeding Our Future received $300,000 in 2018 from federal child nutrition programs and more than $197 million in 2021, according to court documents. The FBI began investigating last May.

According to court documents, Bock took a $310,000 bribe from a company that misused federal funds and sent $600,000 of the federal money to his partner through a company. screen.

Bock is one of at least three nonprofit employees the FBI says embezzled funds.

The employees claimed to feed thousands of children a day and were reimbursed over $10 million. But bank statements show they spent most of the money on cars, real estate and other luxury items, investigators said.

No one was available at Safari Restaurant for comment on Thursday. A sign posted in a Minneapolis restaurant window advertised free meals for young people 18 or younger.

As of July 2020, the restaurant claimed to serve meals to 5,000 children a day — a large number considering Wayzata High School, the largest in the state, serves 3,600 students, according to court documents.

In September 2020, an Education Department employee said the Safari restaurant was to serve a number of meals comparable to the entire St. Paul Public Schools District, the investigators wrote. The department terminated the restaurant’s participation in the program, and Feeding Our Future sued the department in November 2020, claiming the Education Department had discriminated against a nonprofit that worked with racial minorities.

In a statement Thursday, the department said it had decided to immediately end Feeding Our Future’s permanent agreements under the Federal Child and Adult Food Care Program and the Summer Food Service Program.

The department said it had also issued an order to stop payments to the group.

In the summer of 2020, the Department of Education saw a rapid growth in the number of community sites sponsored by Feeding Our Future and a massive increase in the rate of meal reimbursement requests.

“[Department] staff have repeatedly worked with Feeding our Future representatives to understand the increase in demand, but have not received sufficient information and supporting documentation to explain the increase in meal reimbursement claims,” says the ministry statement.

The state reported irregularities to the US Department of Agriculture in 2020 and denied dozens of site requests from December of that year on the grounds that they exceeded regulatory caps for the maximum number of children served daily.

He also declared Feeding Our Future “seriously deficient” due to incomplete financial audits and an expired nonprofit status with the IRS and again for non-compliance with USDA standards.

The Ministry of Education subsequently issued a “stop payment” order. In April 2021, a Ramsey County judge ordered the department to resume payments.

“Children need this,” Bock said at an event in June, according to video from Somali Television in Minnesota, adding of a rally outside the Department of Education: “We will show the ‘State exactly how many children, how many families, how many businesses rely on this program, how much it is needed.’

The FBI began its investigation about a month prior, according to unsealed search warrants Thursday.

Over 3,500 Ohioans To Have Student Debt Forgiven After $1.85 Billion, Multistate Settlement With Navient | Ohio News | Cincinnati