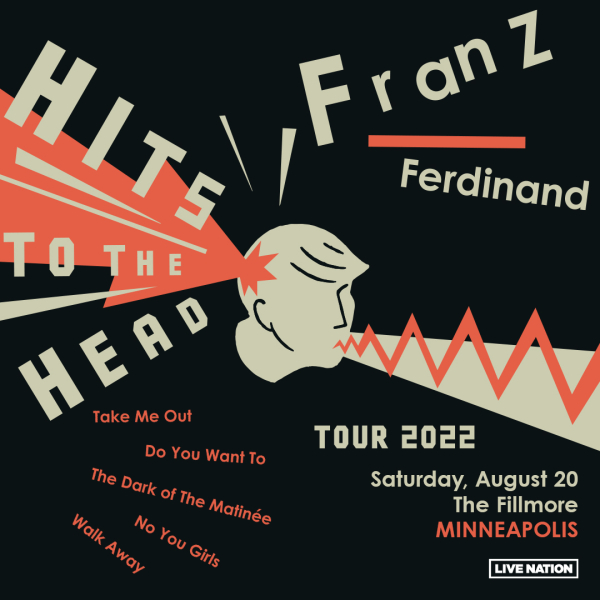 The opening of the show was Matthew dearplaying some sound tracks Preacher’s Sigh & Potion: Lost Album (Ghostly International) … his first LP since 2018.

As you can see from the setlist, he played a minimalist version of “Hikers Y”, the second single from the new album. If you’re wondering about the song, it’s about isolation, and especially a song about Matthew Dear. He described it as follows: “I hear the darkness of the night in my voice and my delivery. This song comes from the isolation of being a solo musician in a studio after midnight.

The loneliness of the song mirrors what you see on stage: one Matthew Dear, producing the audio and loops, and adding the live vocals.

If there is only one Franz Ferdinand must-see tour is this one. Their greatest hits tour, it is named after their collection of 20 greatest hits tracks titled Head shots. All your favorite songs are here: “Take Me Out”, “The Dark Of The Matinée”, “This Fire”, “Do You Want To”… so many good ones. I can guarantee that when they play “This Fire” the whole audience will be singing along.