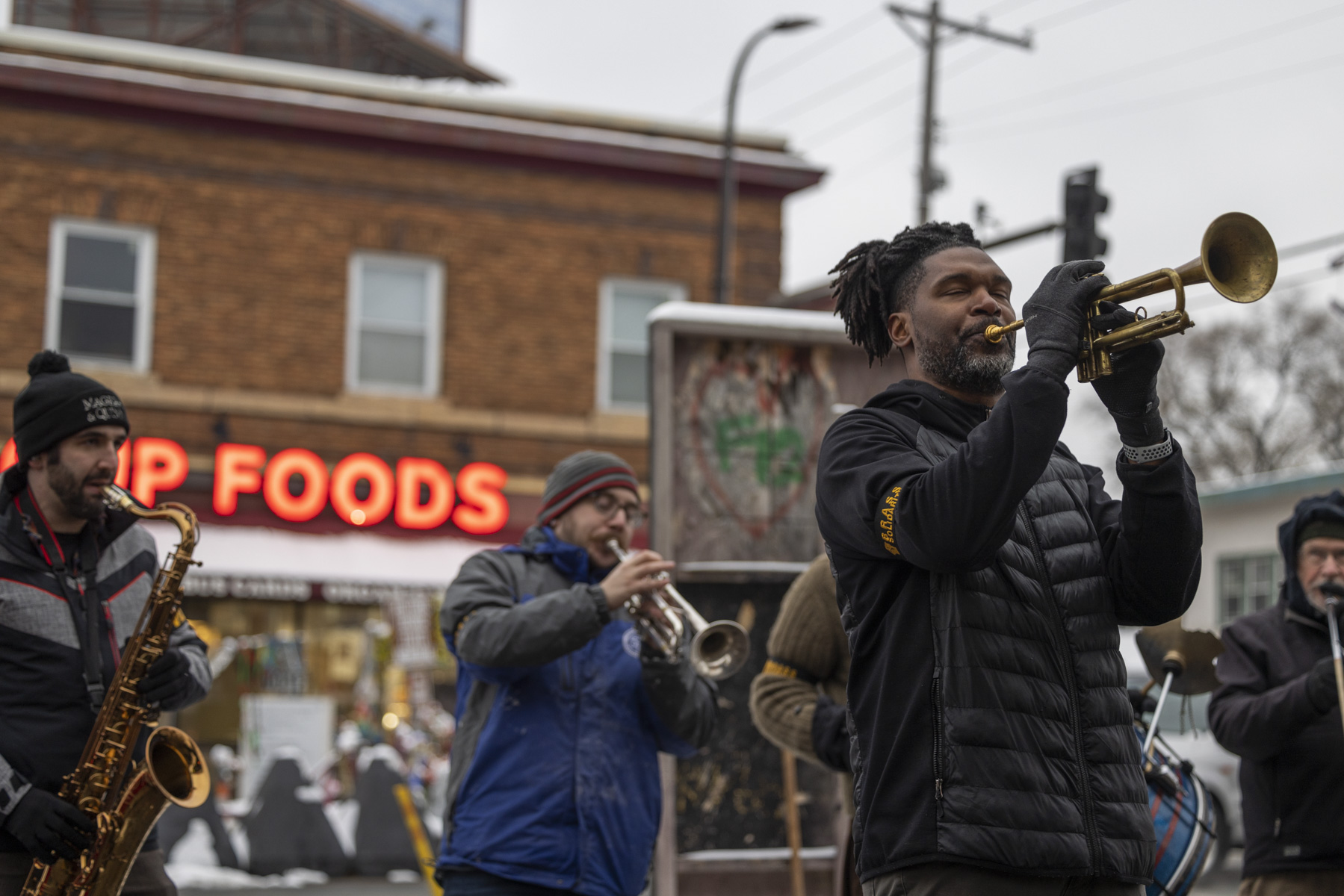 Community members and family and friends of Tekle Sundberg gathered in George Floyd Square late afternoon to celebrate his 21st birthday. Tekle was fatally shot by Minneapolis police on July 14 after a six-hour standoff that Tekle’s family said was triggered by a mental health crisis.

Tekle’s life was celebrated with a performance by the Solidarity Brass Band. His family and members of his community, including Toshira Garraway and representatives from Communities United Against Police Brutality, also addressed crowds on Chicago Avenue South and East 38th Street, where Minneapolis police murdered George Floyd in 2020. Local artist Leslie Barlow displayed a painting of Tekle at the rally. .

Tekle’s sister Kelsey Romero led the band singing the song “This Little Light of Mine”. Then she said she wanted Tekle to be remembered as a brilliant spirit who cared deeply about the earth, the animals, and his brothers and sisters.

Tekle was a deep thinker who had the hope and dream of becoming a carpenter, she said. Romero described his brother as a unique and beautiful soul who stood up for others even through his own pain, and was there with others who were also struggling.

Tekle’s mother, Cindy Sundberg, said she wants her son to be remembered as a creative, funny and loving human being.

“We are so proud of him,” said Cindy Sundberg. “He will be missed, and there is a hole in our family that will never be filled. I wish I could hug him and tell him I love him, and tell him to come home for dinner. .

Prosecutors have not said whether the two officers who shot Tekle will face criminal charges in the case.