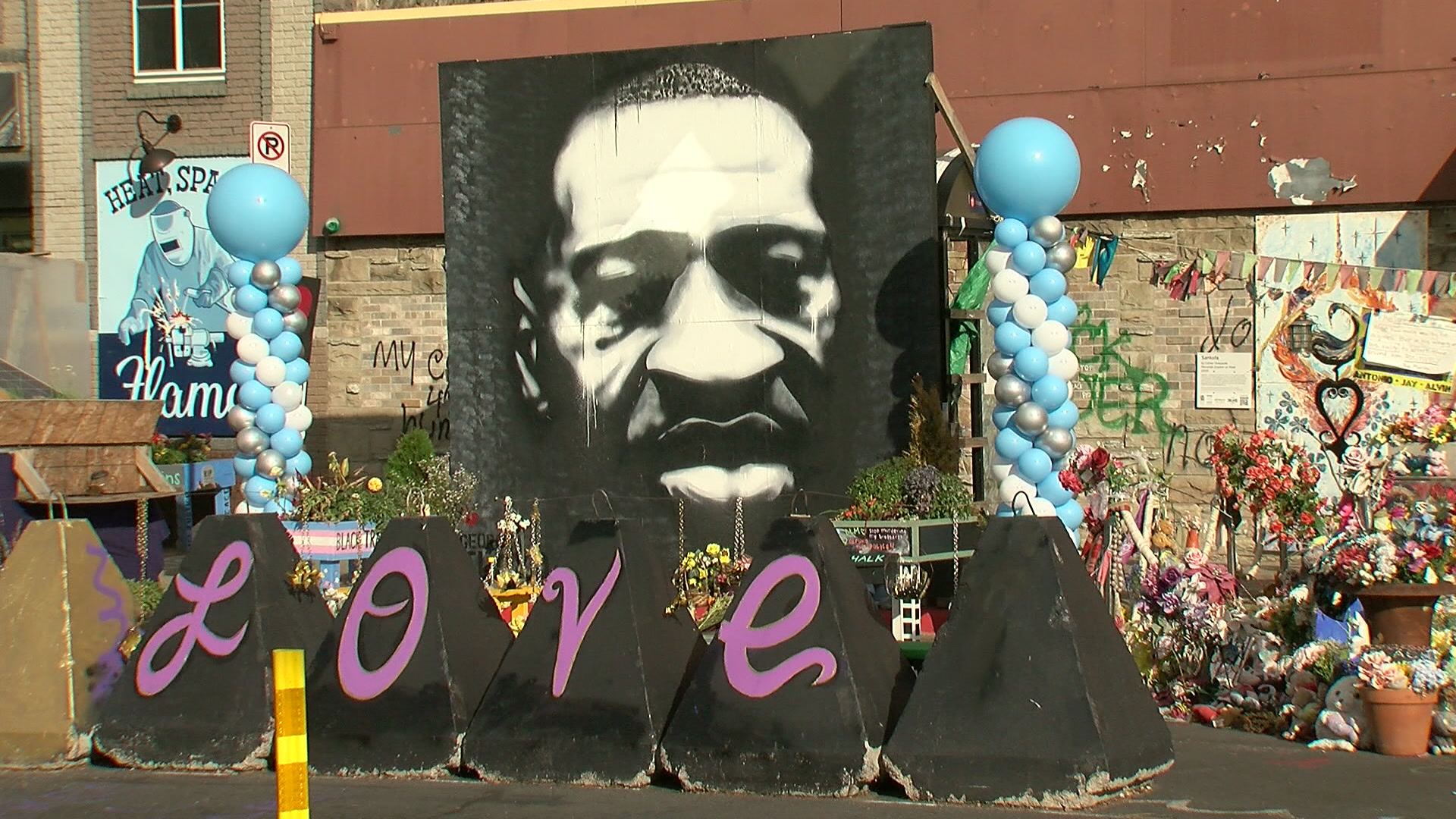 10:00 p.m. weather reportThursday and Friday will look like typical mid-October days, but a brief throwback to the ’70s is brewing.

How do they get it to snow inside the US Bank stadium?Just before the Vikings players enter the field at US Bank Stadium, small white pieces fall from above. This is the newest part of the Vikings pre-game show: The Fake Snow.

City of Wisconsin Dedicated to Protecting Jayme ClossThe murder and kidnapping case rocked a small community in northwestern Wisconsin. This Friday marks three years since James and Denise Closs died in a brutal break-in and a stranger kidnapped their daughter Jayme, who was released from captivity 88 days later.

George Floyd’s 48th Birthday Celebrated in MinneapolisGeorge Floyd is known the world over for the way he died. But on Thursday, people celebrated his way of life.

Family searches for answers after dog shot with arrowA family in central Minnesota mourns the tragic loss of their beloved dog who was shot dead by an arrow.

New esports facility arrives in MinnesotaWisdom Gaming is considering opening an esports arena at the Mall of America.

Amazon Contractor Soldier Delivery seeks to hire veteransThey have served our country with distinction, and now a group of veterans are being honored for serving the public.

Water restrictions lifted in MinneapolisThe city says residents can now use sprinklers on gardens and lawns now that drought conditions have improved.

Man charged with fatal hit and run in north MinneapolisCameron Bendson, 21, is charged with one count of driving manslaughter for allegedly hitting a woman on a mobility scooter.

5:00 p.m. weather reportDrought conditions are slowly improving, but still, half of the state is in moderate drought.

Will store shelves always be empty during the holiday shopping season?President Joe Biden announced on Wednesday what he called a “90-day sprint” to remove the bottlenecks that have helped empty shelves and raise prices.

WCCO Digital Update: Afternoon of October 14, 2021Here are the latest headlines from Minnesota.

Noon weather reportMeteorologist Mike Augustyniak reports what will be the coldest night of the season so far.

Wild season: new foods at XWCCO-TV got a taste of all that fans can experience in St. Paul.

Senator Klobuchar pushes for children’s privacy rights on InstagramFacebook has come under fire after a former employee testified last week about how the tech giant promotes content to younger users.