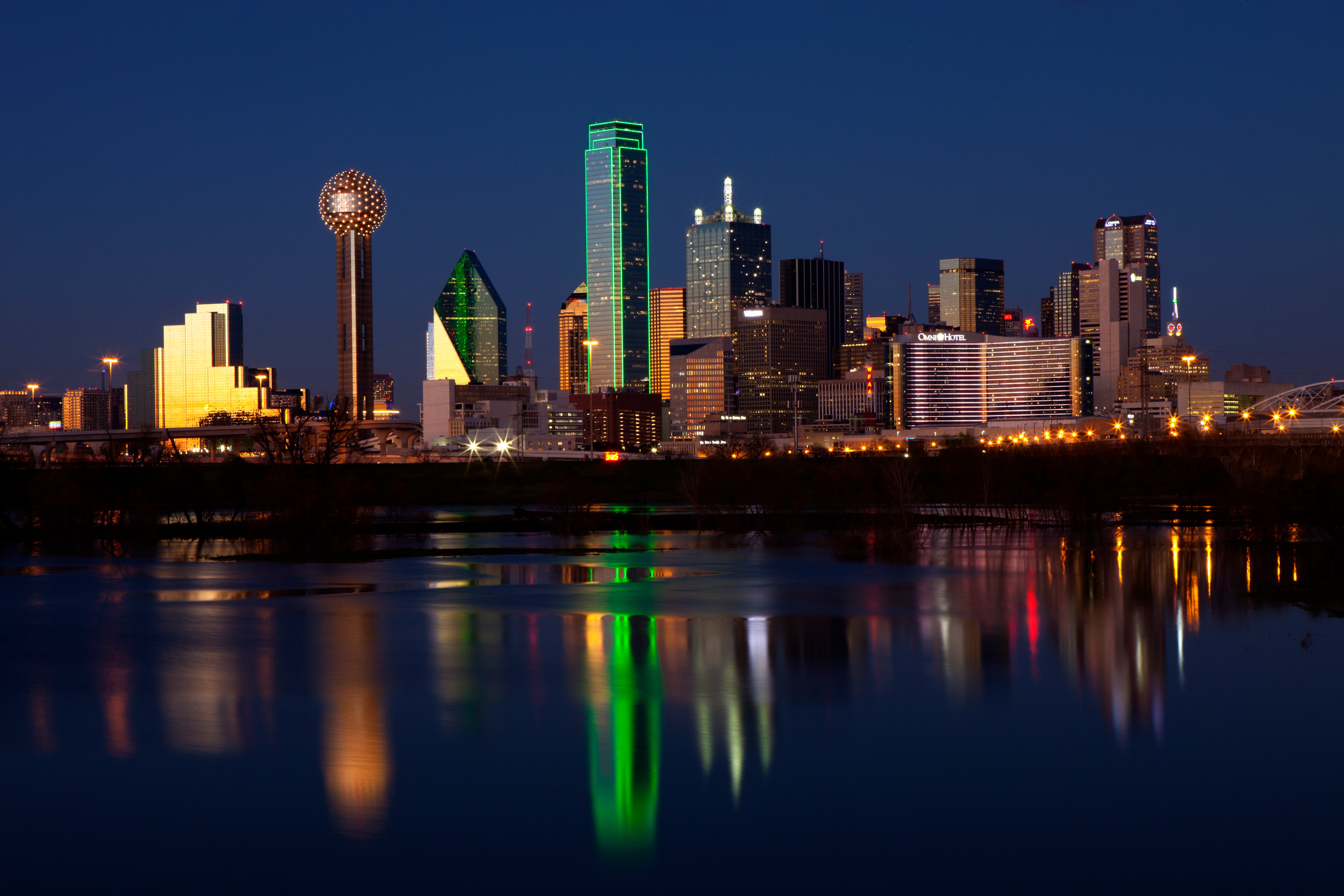 You’re sitting in your office having a cup of coffee and reading the paper. Good news all around. Your city is one of the five major metropolitan areas in the country and is growing. Job growth is phenomenal. Shiny new buildings everywhere.

Living in North Texas today, it’s easy to take for granted that we lead the country in job growth and immigration. Since 2010, the US Census Bureau estimates that the population of the Dallas-Fort Worth metropolitan area has increased by 23.1%, the fastest growth of any metropolitan area in the country for the same period.

DFW is expected to overtake Chicago as the nation’s third-largest metropolitan area by the 2030s.

Much of this growth is attributed to the rise of businesses and workers moving from other states. Our region has many positive advantages that attract businesses and people – we’ve all heard them time and time again: weak regulatory climate, no income tax, affordable housing and a diverse economy.

The falling cost of living in North Texas has drawn residents from more expensive areas like California. Many leading companies, including Caterpillar, Toyota, McKesson, PGA and Charles Schwab, have recently relocated their headquarters, added manufacturing and distribution centers or expanded their DFW operations. This influx of businesses not only brought in more people, but it also created more jobs. In January 2022, the unemployment rate in Dallas-Fort Worth was just 3.6%, with 237,100 jobs added from January 2021 to January 2022.

But, as we’ve learned from other cities over the past century, that may change, just look at Detroit. In 1950, Detroit was considered one of the five largest cities in the United States and was a driving force in the automobile industry. But its population has been in steady decline ever since, according to the Citizens Research Council of Michigan.

For North Texas (and Dallas in particular) to maintain its competitive advantage, we must focus not only on securing our growth lead, but also on pursuing initiatives that will continue to attract new opportunities. economical and will make Dallas an even better place to live. Here is where we can start.

The issue of housing affordability is incredibly simple. It’s simple in high school economics. Less housing equals more expensive housing, and more housing equals cheaper housing. Cities across the country that have made the development process more difficult (i.e. most of California) have the highest housing costs. Full stop. No government program will change this dynamic.

North Texas has miles and miles of highways – some are 16 lanes wide. North Texas has miles and miles of light rail, the largest in all of the United States. More money for highways and light rail is not the answer. DFW must focus on alternative transport. The answer is an active transportation network that connects DART stations, streetcars, protected bike lanes, and bike lanes to provide residents with an automobile alternative.

Dallas has always been inhospitable to cycling, to put it mildly. Ride a bike The magazine has consistently ranked Dallas as the worst city in America for cycling. It doesn’t have to be like that. The anti-cycling culture in Dallas can change over time, as we’ve seen across the country. It starts with prioritizing cycling infrastructure and follows with planning and budgeting.

Minneapolis is a perfect example. Despite a cold climate, Minneapolis has decided to bet on cycling infrastructure. Starting from a dead end around 2000, the city is now consistently ranked as one of the top three most bike-friendly cities in the country each year, with a relatively high percentage of residents commuting to work.

An organization I’m involved with – The LOOP Dallas – is working to connect existing bike paths into a 50-mile connected loop around the Dallas area. Organizations like BikeDFW, the Dallas Off-Road Bicycle Association (DORBA), and a host of riding clubs are doing their part to promote a more bike-friendly Dallas.

We don’t have to be Copenhagen or Amsterdam, but we could definitely catch up with Minneapolis. It just takes determination, planning, funds and political leadership.

Dallas has always prioritized cars over people in design and planning and it shows. According to Smart Growth America’s Pedestrian Danger Index (PDI), from 2010 to 2019, out of the 100 largest metropolitan areas in the United States, the DFW Metroplex ranked 31st most dangerous metropolitan area for pedestrians. We have to change that. In 2019, DFW recorded 124 pedestrian fatalities. This number has increased to 132 in 2021. The design of a street has a much greater impact on the speed of automobiles than the posted speed limit. Dallas must take every opportunity to calm traffic and make the streets more hospitable to pedestrians.

Eliminating one-way streets is a good start. We now have several successful examples of converting one-way streets to two-way streets across the city, but it takes years for this to happen. Dallas needs to streamline the process of fully implementing a Neighborhood Consensus within a reasonable timeframe.

Roadside diets are another great idea. A typical road scheme typically involves converting an existing undivided four-lane segment of roadway into a three-lane segment of two passing lanes and a two-way left-turn lane in the center. They improve safety, mobility and access for all road users and create a complete street environment to accommodate a variety of modes of transport.

The best example in Dallas is the Jefferson Boulevard road diet championed by council member Chad West. By changing a stretch of road from three lanes in each direction to two lanes, traffic accidents dropped by 82%. Another great example is the Lower Greenville road scheme which has dramatically increased development and walking in the area.

The City of Dallas should create a Road Diet Commission to explore all possibilities of eliminating redundant roads or reducing road widths to make neighborhoods more pedestrian-friendly. Neighborhood residents should have priority over passing commuters.

Dallas isn’t blessed with natural amenities like mountains or an ocean, so we have to play to our strengths and focus on parks and trails. Dallas will never have these natural amenities, but there’s no reason Dallas shouldn’t lead the nation in parks per capita for major urban cities.

Municipal parks and urban green spaces enjoy a long list of benefits. They can increase community connections and engagement, improve air quality and encourage a more active lifestyle for residents. They can also lead to economic development and increases in the value of residential and commercial real estate.

Dallas now has two great examples of transformative park initiatives with Klyde Warren Park and Parks for Downtown Dallas (PfDD). Klyde Warren Park was a real game-changer for Dallas. It brought together Downtown and Uptown and now welcomes more than a million visitors a year. It’s a perfect example of how an idea can become a transformative project in a short time with the right leadership and resources.

Equally impressive as Klyde Warren Park is the effort to create four urban parks that have transformed downtown Dallas through the work of PfDD. In just over a decade – an incredibly short period of time in a city’s history – a big idea has come to fruition under the leadership of the PfDD.

Organizations such as Trust for Public Land and Texas Trees Foundation are doing great work, as well as the Dallas Park and Recreation Department and the Dallas Department of Transportation. Dallas has the organizational structure in place to make Dallas greener and more accessible.

Take care of the essentials

As Maslow taught us, one cannot focus on higher level activities if one’s most basic physiological needs are not being met. It’s the same with a city. If we don’t get the proper basics (public safety, permits, housing, potholes, etc.), we can never get the higher-level stuff like active transportation and additional green space.

The City of Dallas permitting process is a perfect example of the basics we need to master. If a developer or owner has followed local zoning rules and wants to invest money in Dallas, get that person licensed as soon as possible. If a builder has followed zoning rules and wants to build more homes in Dallas, get them a permit as soon as possible. An ineffective permit office is an unforced error that needs to be resolved. The authorization process should be simple, quick, intuitive and cost a reasonable amount.

This is by no means an exhaustive list of areas for improvement, but it is a starting point. While no one can take away Dallas’ intrinsic advantages, such as its central location, many other economic advantages can be lost if we don’t resolutely pursue our pursuit of excellence.

The housing bubble is preparing to burst: the big boys are leaving, waiting for the reset