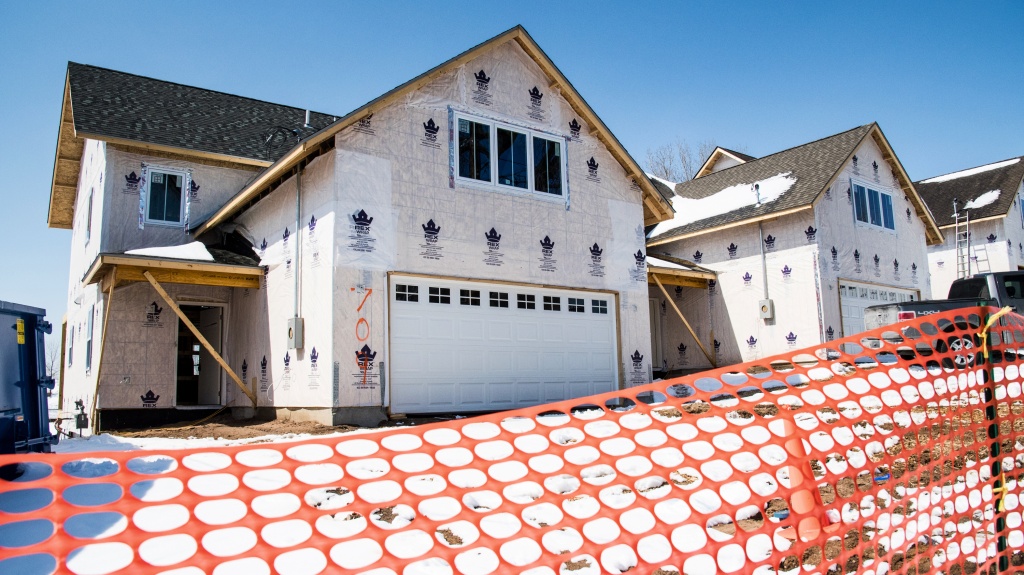 If we have an affordable housing crisis, let’s act on it. Start With This $ 166 Million Coming To Us – Twin Cities

For years our officials have told us that we have an affordable housing crisis in St. Paul. I believe them.

Now they have the opportunity to do something.

The city is set to receive $ 166 million from the federal government. What should I do with this? I say, build social housing. A friend of mine (a former resident of St. Paul) is a real estate developer in Atlanta. He tells me that with $ 166 million it would be reasonable to build at least 500 modest housing units. Letâ€™s do this.

And let’s do more. Let’s distribute them on a lease-to-buy basis to low income aspiring first-time homeowners. Let’s praise them at, say $ 500 per month. Those who stay and pay, say, seven years, get the deed. Equity is theirs. Call it wealth creation. Call it repairs. Let’s call it investing in our city.

Obviously, the private market will never build a lot of truly affordable housing. Only the government can do it. So let’s do it. No more wringing your hands. No more haranguing the Wilder Foundation and Alatus and all the other developers in town to add four â€œaffordableâ€ units here and two units there.

If it is a crisis, our city officials must act like real leaders do in a crisis: take decisive action.

Can’t work on time? Remove them

I am very tired of the way our state lawmakers are playing games and using the trick all the time to delay the passage of our state budget.

They pass many other laws without which the state has survived for over 160 years, but they find it very difficult to regularly pass the one law expected of them.

I propose an amendment to the Minnesota Constitution: “No bill shall be passed by the House or Senate of Minesota until a budget is in place that lasts until the next legislative session.” If the state budget lapses, the top 10 Democrats and top 10 Republicans in both the House and Senate will be removed from office and excluded from future government positions in Minnesota. In such a situation, the governor of the state will also be removed from office and excluded from any future public office. “

We need to find a way to ensure that our representatives take this task seriously.

In Sunday’s letter “Too Much Conflict, Too Little Management,” the writer recounts his growing frustration with the IRS as he tries to get his federal tax return. His frustration is justified, but his blame is misplaced.

For the past 10 years, Republicans have waged war on the IRS, slashing its budget and staff so severely that it cannot enforce tax law (or provide the means that allow the author of the letter to receive their refund in a timely manner). In the latest numbers I could find, the IRS employed approximately 9,500 auditors in 2018, a 33% reduction from 2010. I should mention that in 1953, the IRS also employed approximately 9,500 auditors. Our economy was then one-seventh the size it is today.

With approximately 22,000 full-time IRS employees phased out since 2010, the good news is that the letter writer and I are unlikely to be audited. The bad news is that the growing number of non-filers and under-filers have been given a free pass – the money just isn’t there to try and sort them out like it was before the coming of the Tea Party in Washington, DC

No one was born a criminal

“I don’t care if a gang of criminals shoot each other.” This was the reaction of a friend of mine to the idea that I pledged to advocate for stricter gun safety laws, in light of the ever increasing levels of gun violence in this country.

Maybe what might make someone say something so harsh is the fact that there are legitimate bad and dangerous actors in our society, and people need to be responsible for their choices and of their actions. The problem, of course, is that the question is far more complicated than my friend’s feelings would suggest.

One recent weekend, I paraded in St. Paul with Mothers Against Community Gun Violence. Before we started, a group of women stood in a semi-circle, holding pictures of their children who had been shot dead. These women looked at the beautiful faces of their lost children, and it goes without saying that none of them were criminals. None of the three small children shot in the head in Minneapolis was a criminal. As is so often the case, all of these people were innocent people who lost or shattered their lives caught in the wave of gun violence that continues to engulf this country year after year. Sadly, among people of color, guns are actually the leading killer of children.

It is also important to keep in mind that no one is ever born a criminal. We know that night after day poverty breeds violence. Communities that lack adequate housing, education, health care and employment opportunities create conditions that lead to dysfunctions that can be very difficult to overcome. Before waving the tragedy in the lives of some people aside, perhaps we should work to ensure that opportunities are more equitably shared in our country. And I think we should be eager to join those who are trying to help themselves, like Mothers Against Community Gun Violence, as they advocate for gun safety legislation and safer communities.

Liberals are so funny. They preach tolerance. We see that they don’t think for themselves. The liberal media are so racist they are blind to it. I’m specifically talking about the recent practice of capitalizing black and brown, but whites use lowercase. I guess that means we’re hardly worth mentioning. So I guess I should put up with this slight. Critical and logical thinking is not their forte.

A bigger slap in the face

The recent letter regarding Democrats defending Ilhan Omar is concerning. Yes, I believe Omar should engage the brain before starting the mouth. Would the writer also condemn Republicans for their actions regarding Congressional rewards to the Capitol Police who defended our democracy on January 6?

I think it’s a “bigger slap in the face” from more than one member of the House of Representatives. There are certainly more obstructions I could write about by Republicans, but I’m sure the editors of this journal wouldn’t find room for them.

‘I had hope for him’: ex-girlfriend of Minneapolis homicide victim speaks out