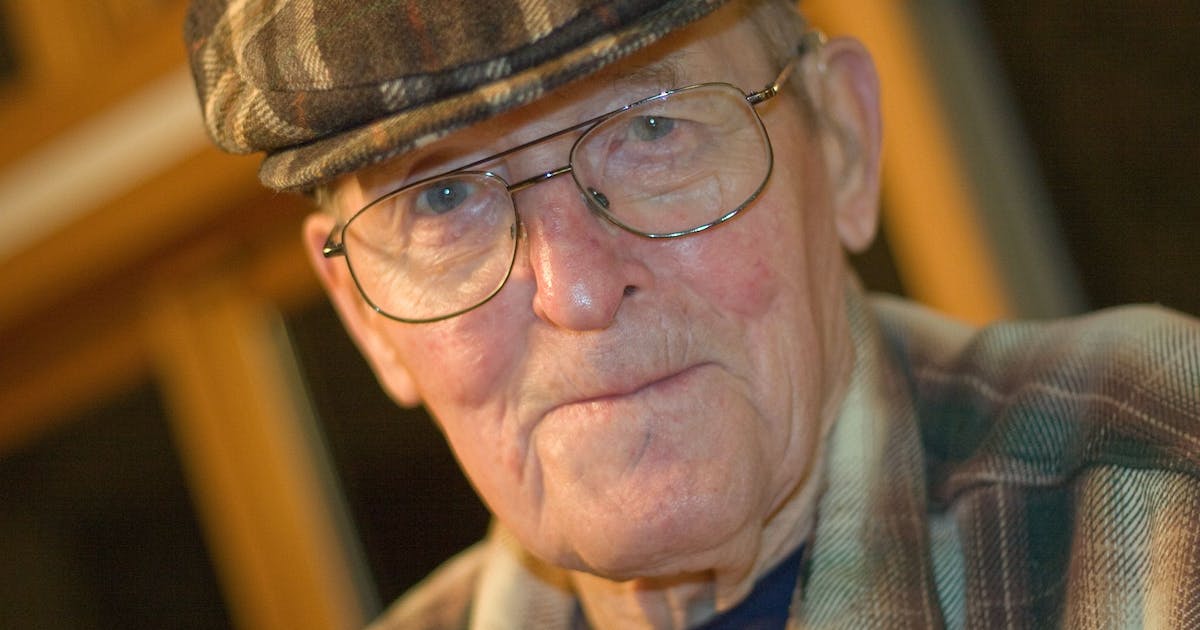 He was a football star and fighter pilot, but fame never interested him – James Clifford Kelly was primarily a family man who considered raising nine “happy and healthy children” to be his greatest achievement. .

His children were with him when he died on December 1 at his home in Merrifield, Minnesota, from metastatic bladder cancer. He had turned 100 three days earlier.

He was born and lived most of his life in Minneapolis, serving as president of his senior class at Central High School in 1939. He studied mechanical engineering and played football at the University of Notre Dame in Notre Dame, Indiana, at the request of her father. , said his son John of Austin, Texas.

“My dad really wanted to go, I think, to Carleton and become a physical education teacher,” said John, who wrote a book about his father called “James Clifford Kelly: His First 25 Years 1921-1946,” filled with photos, graphics and other illustrations.

During World War II, Kelly left college in her freshman year to become an Army Air Corps fighter pilot, but the week before her squadron’s planned expedition to the China-Burma-India theater, he was hospitalized for a serious case. of poisoned oak and left behind.

So instead of serving in combat, he was drafted to play exhibition football for the Fourth Air Force team. When the war ended, he had a chance to play professional football for the San Francisco 49ers, John said, but did not pursue him.

“He was extremely humble,” said his daughter Linda Sather of the Brooklyn Center. “He was a hell of a guy but he would never want a fuss for himself. It was all about his family.”

He returned to Minneapolis after the war. He and his wife, Betty, were married for 65 years until his death in 2007. The couple had nine children. Kelly worked as a skilled craftsman – welder, carpenter and handyman – who “could build anything from a house to a go-kart,” John said.

Kelly, who loved to fish, retired in her late fifties and has spent her last 40 years living on Mission Lake near Brainerd.

In addition to John and Linda, survivors include daughters Cathy Branch, who divides her time between Centerville and Severna Park, Maryland, Jennifer Kelly of Lino Lakes, Mary Plasencia of Dayton, and Michele Erickson of Merrifield; sons Joseph of Rogers, Tom of Brooklyn Center and Peter of Minnetonka; one brother, Mike Kelly of Tomah, Wisconsin; 18 grandchildren and 26 great grandchildren. Son Tom died of sudden cardiac arrest two days before his father died. Services have taken place.