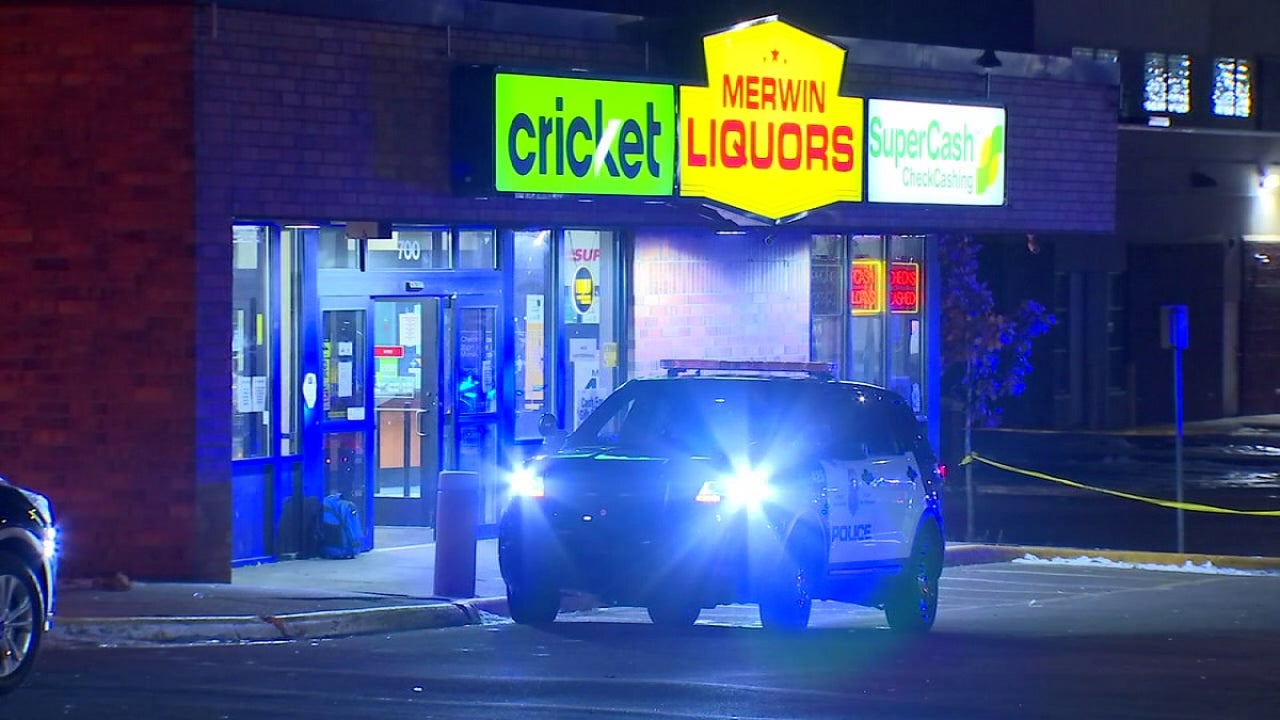 Police are investigating a shooting in the winter outside Merwin’s on the 700 block of West Broadway in Minneapolis. (FOX 9)

MINNEAPOLIS (FOX 9) – A northern Minneapolis liquor store, which has been a hotspot for crime, is working with the city to move to a new location, city officials confirmed to FOX 9.

The city of Minneapolis said Merwin Liquors had contacted the city’s licensing and consumer services department. Licensing staff are working with Merwin’s to find a new location.

The store’s current site is along the 700 block of West Broadway Avenue in the Hawthorne neighborhood of Minneapolis. This area has been the scene of several shootings and other violent incidents in recent years, including the death of a woman earlier this year.

A group looking to buy the West Broadway location has applied for a loan under the Great Streets program, which provides grants and loans for business district revitalization and economic development in Minneapolis.

However, this request is still in its infancy and would require approval from city council. We are told that the possible timeline for a decision could be in the next few months.

Regarding Merwin’s new location, the city says locating liquor stores is a challenge due to ordinances that define spacing and zoning requirements.