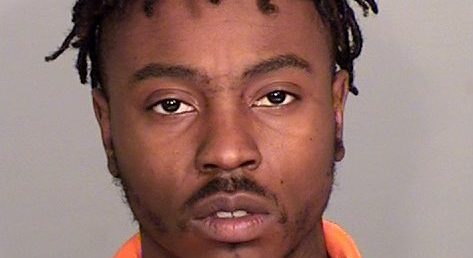 In a moving hearing Thursday, a 23-year-old Minneapolis man was sentenced to 15 years in prison for shooting dead Darius K. Van, 28, last year following an argument over who was the first at a gas station in St. Paul.

Ts’John Thomas Reed will spend ten years in prison and five years on probation, provided he does not violate the conditions of this release. He was sentenced by Judge Adam Yang in Ramsey County District Court.

Reed, who had previously spent 545 days in custody, cried throughout, especially when a cousin Van told him he had forgiven him.

“I am very sorry for the part I played in this situation,” Reed told the court. “Every day I wish I had done something else.”

Yang listened to Prosecutor Kelly Meehan’s reasons why aggravating factors should push Reed’s sentence to 20, and he heard defense attorney Bruce Rivers’ self-defense explanation that he believes should reduce the penalty at 10 years.

He said, according to surveillance video and witness statements, that Van was the aggressor in the confrontation. He started it up and cornered Reed three times towards the back of the store. He said Reed, who had a license to carry a gun, should have known he could only shoot if he feared for his life, and that he should not have shot Van in the back while ‘he was walking away. Van was unarmed and hadn’t raised a hand to hit Reed, he said.

Yang added that the shots he fired also endangered the lives of people in the store at the time.

â€œIt’s a senseless death. It shouldn’t have happened, â€Yang said. “These are stupid people who commit a stupid act that resulted in the loss of the life of a son, a brother, a father.”

The shooting took place around 9 p.m. on May 1, 2020 at a Mobile gas station in the 1100 block of Maryland Avenue East in St. Paul. Reed surrendered to police shortly thereafter and on June 29 pleaded guilty to unintentional second degree murder.

It was revealed during sentencing that Reed and Van, unbeknownst to one of them, were in fact related as cousins.

Alphonso Lee, who claimed to be a cousin of the victim, said he became a police officer because he “wanted to protect and serve and bring justice to living family members from acts of violence.”

Lee said Van was like a little brother to him and that he and his family were hit hard by his death.

Van’s mother said she was still angry. She said, knowing that the plight of Van’s father had prompted her to work to prevent her son from dying due to gun violence.

â€œI pretend I’m better, but I’m not,â€ she said. To Reed, she said, “I despise you and I despise you forever until the day I am called home.”

She told the court the night of the shooting. She had been to her son’s house, playing with her young children. Van had said he was going out to get dinner for the family, but he was late getting home. Then the mother of the children received a phone call and started screaming.

â€œIt’s a scream that will haunt me for the rest of my life,â€ she said. She ran to the gas station and saw the ambulance come and go without anyone being put on the stretcher. And then he was told that his son was dead.

“He didn’t deserve to die alone on the dirty floor of a gas station,” she said in tears.