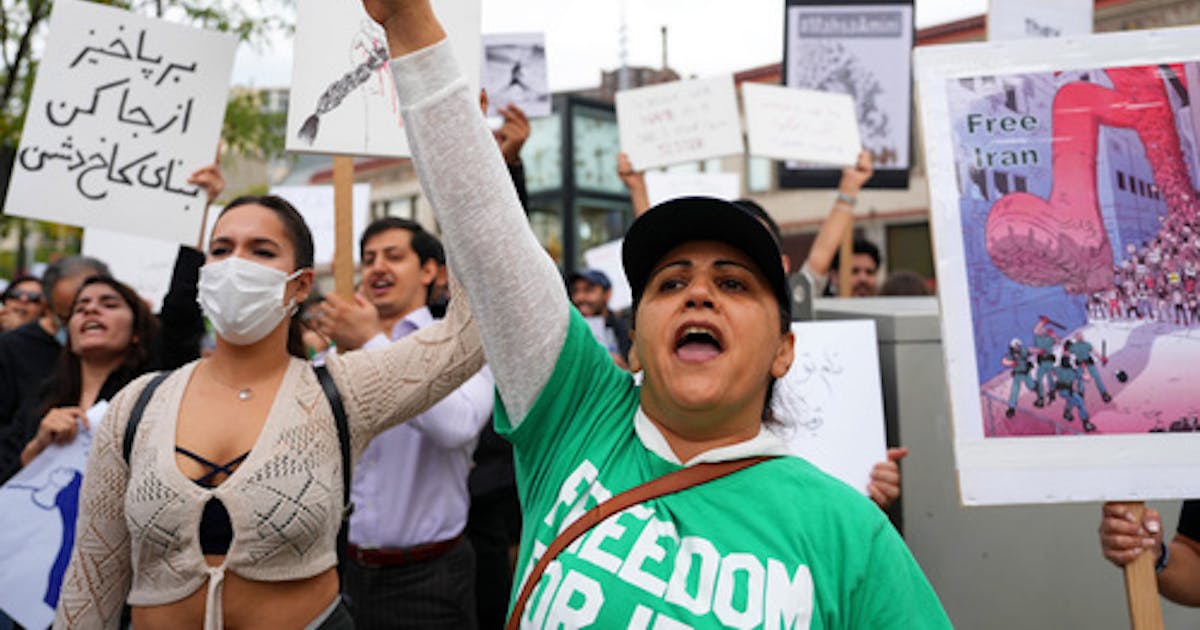 About 80 people demonstrated in downtown Minneapolis on Saturday in support of Mahsa Amini and the tens of thousands of Iranians protesting the young woman’s death.

Amini, 22, died on September 16 in Tehran while in the custody of Iranian morality police. She had been arrested for breaking the country’s strict rules on wearing the hijab, a head covering for women.

At the corner of 9e Street and Nicollet Mall, Iranian-Americans and others gathered on an overcast afternoon, some carrying signs reading “Remember her name: Mahsa Amini.”

They called for freedom in Iran – and especially for Iranian women.

“Women in Iran basically want the right to decide whether or not to cover their heads — they don’t have to,” said Peggy, a 36-year-old Minneapolis resident who immigrated from Iran 12 years ago. year. “A 22-year-old shouldn’t have died because of this.”

She declined to give her last name, saying she feared for her relatives in Iran.

The protests sweeping Iran are the largest since 2009, when then-President Mahmoud Amadinejad won re-election in an election marred by voting irregularities.

Zoghi, 36, fled Iran for Turkey around 2010 and came to the United States as a refuge four years ago. He said he was imprisoned and tortured for five days at the notorious Kahrizak in Iran. prison for demonstrating against Amadinejad’s re-election in 2009.

The (Iranian) regime does not come from the people,” Zoghi said. “People want freedom.”