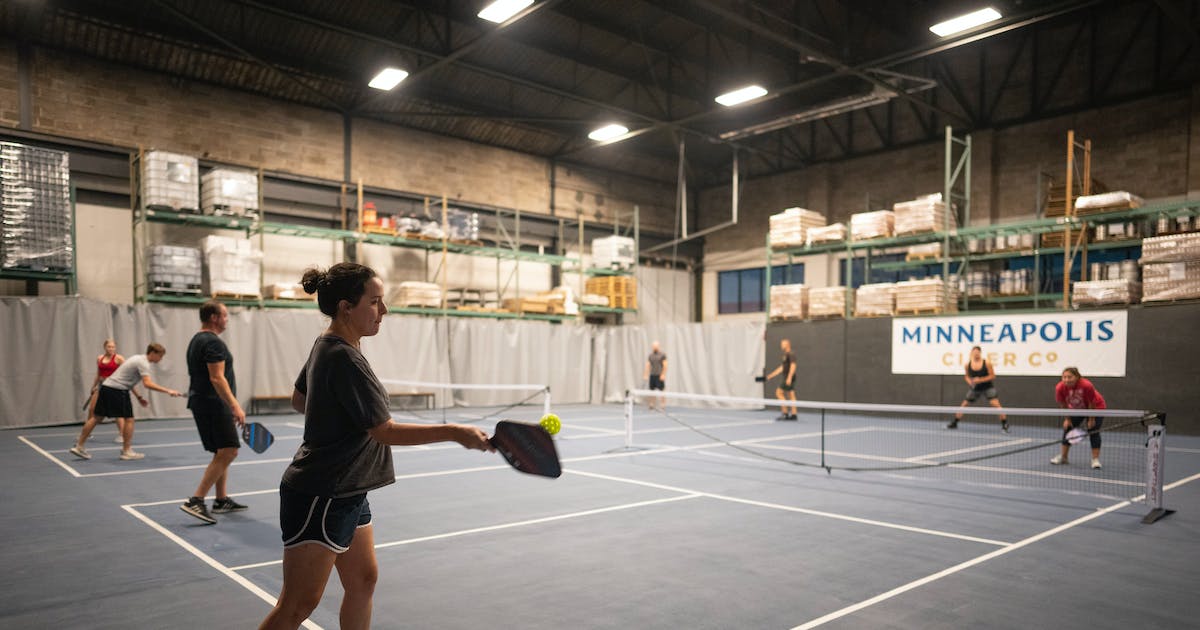 The light game of pickleball is getting serious business.

A hybrid of tennis, badminton, and ping-pong, the burgeoning sport is attracting Minnesota bars and building owners who see business opportunities in pickleball courts.

The mini-chain of bars and restaurants is both a sports bar and a leisure center. Twin Cities residents encouraged Smash Park to open a location here after visiting its West Des Moines site.

Not to be outdone, Chanhassen-based Life Time Fitness sent out a press release on Tuesday reminding everyone of their dominance on the pickleball court.

“Since August 2021, Life Time has built indoor and outdoor pickleball courts at the rate of five new permanent courts each week from coast to coast,” the company said.

“We’re adding so many courts so fast,” Bahram Akradi, founder and CEO of Life Time, told the Star Tribune. “It’s an important part of our strategy.”

With over 350 permanent indoor and outdoor pickleball courts, Life Time aims to reach over 600 by the end of next year. To do this, the company converts basketball and tennis courts and indoor soccer fields.

Pickleball, created in 1965, has traditionally been seen as a sport for older people, but young people are now drawn to the game, he said. Menke said many entrepreneurs see money in sports.

First & First, a Minneapolis-based commercial real estate company that rehabilitates older properties, is one such company.

“We’ve been very busy. The economy has been good,” said Peter Remes, owner of First & First.

Remes plans to add food service to the pickleball courts in the first quarter of next year, with the long-term goal of adding more courts.

And while many chains and operators have significant growth plans, other local businesses view pickleball as a fun add-on rather than a primary focus.

“We really leaned into it. We do a lot of pickleball-centric events,” said David O’Neill, co-founder of Minneapolis Cider. “Pickleball is a great way to bring people together.”

Minneapolis Cider, located in the Marcy-Holmes neighborhood of Minneapolis, said demand increases when the temperature drops and snow begins to fall.

The Sports & Fitness Industry Association estimated that there were 4.8 million people playing pickleball in 2021. The number of pickleball players has grown an average of 11.5% per year over the past five years, according to the organization. The SFIA said the North Midwest region, which includes Minnesota, is the fastest growing region in the sport.

While pickleball skeptics see the sport as a passing fad, Life Time’s Akradi disagrees. Before construction began, Akradi noticed club members playing makeshift games of pickleball on the company’s tennis and basketball courts. Once he tried the game for himself, he said he “saw the light” and now plays seven to eight hours of pickleball every week.

The company will spend approximately $25 million through the end of 2023 on the court expansion.

“I think it will become an Olympic sport,” he added.