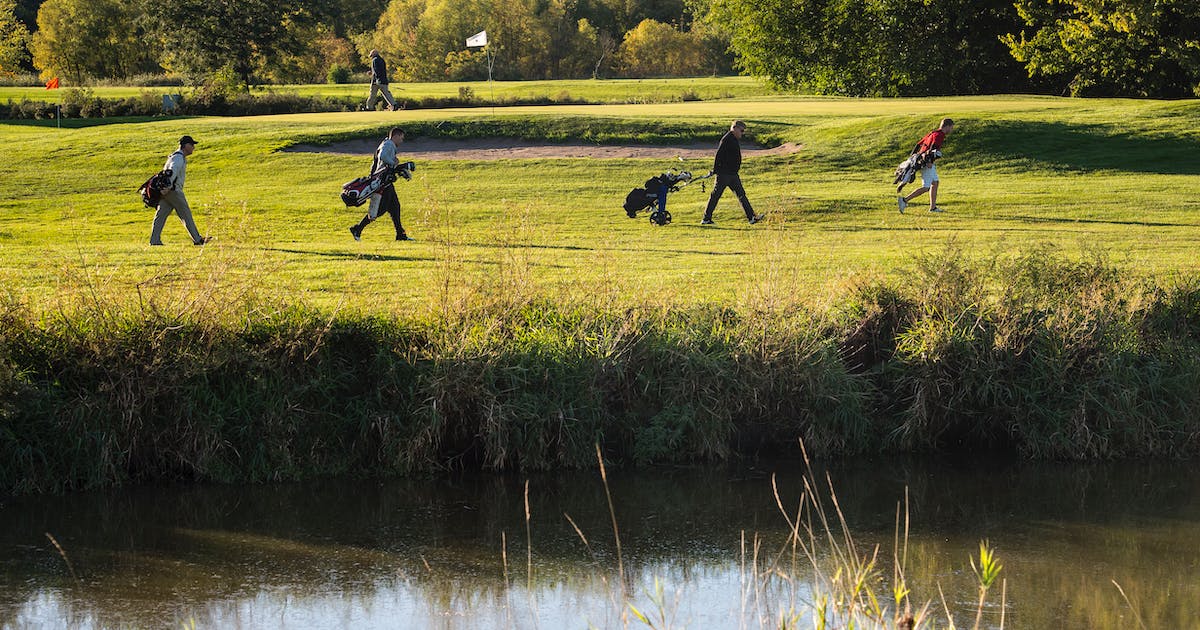 The Minneapolis Park Board has signaled it may pass a major overhaul of the Hiawatha Golf Course that previous commissioners had twice pushed back.

The draft plan is designed to address flooding, groundwater pumping and financial loss in Hiawatha by remodeling the standard 18-hole golf course into an executive nine-hole course.

A channel cutting through the low-lying site would allow floodwaters to flow into Hiawatha Lake, mimicking the way water once moved through the Minnehaha Creek floodplain before the Park Board dredged a natural wild rice lake in 1923 to create the golf course.

The plan includes a clubhouse named after black golfing legend Solomon Hughes, a learning center for new players, a small restaurant, a dog-friendly patio and a lakeside house with kayak rentals. .

“The solution is right in front of us,” said committee co-chair Becky Alper, who made a campaign promise to resurrect the resolution.

“This is the one that we have collectively – the park board, its staff, park visitors, park commissioners – have devoted the last eight years to, this is a compromise, where everyone is heard, including golfers, neighbors, environmental stewards, children, the elderly.”

Hiawatha’s water issues date back to the 2014 flood, which closed half of the course for more than a year. The rainfall overwhelmed the pumping system and made a tub of the course. Hundreds of trees died. The total cost of this flood was estimated at $4 million and the Federal Emergency Management Agency had to bail out the Park Board.

This flood was a 10-year storm, which means there’s a 1 in 10 chance the golf course will flood each year, said Michael Schroeder, the council’s assistant superintendent of planning.

As park staff later sought to deal with the flooding, they discovered that the amount of groundwater pumped out of the course into the dried-up Lake Hiawatha was more than the water needs of a small Minnesota town. The Park Board pumps up to 400 million gallons per year.

More than a dozen people discussed the plan at Wednesday’s meeting. The majority, including volunteers who recovered 10,000 pounds of plastic from Lake Hiawatha and environmentalists concerned about the amount of phosphorus leaching from golf course fertilizers, were in favor of the redesign.

Opponents included neighbors who feared that, despite Park Board promises to protect nearby homes from flooding during reconstruction, they would lose the benefit of golf course pumping that currently keeps their basements dry.

Black golfers advocating the preservation of Hiawatha’s 18 holes did not participate. However, Bronze Foundation Chairman Darwin Dean, Martha Arradondo of Black Women on Course and others appealed to park commissioners at a council retreat earlier this month. They spoke of the golf course’s history of pioneering integration and unlikely refuge and success stories for black golfers facing discrimination elsewhere.

Golden Valley golfer Henry Crosby has asked commissioners to examine how planners have successfully blasted highways through black communities but cannot make an 18-hole course flood-proof. He described how their group of about 50 black golfers are treated with discomfort when they play off their own Hiawatha course.

Park Board Chair Meg Forney, who has always voted in favor of redesigning the park’s staff nine holes, has called on the Bronze Foundation and its golf course design partners to come up with an ‘alternative plan’ newly created at the April 6 board meeting.

The basic concept of the alternate plan was created by Andy Komor of Pacific Advanced Civil Engineering, a graduate of the University of Minnesota. He understands:

“Our company slogan is ‘Partnering with Nature,'” Komor said. “And we’ve done hundreds of projects where we make it more natural.”

Commissioner Olsen, who ran for office on a promise to adopt the Hiawatha Golf Course Master Plan, dismissed the idea as “ludicrous”, predicting it would lead to an “environmental disaster”.

“My entire life my modus operandi has been about improving our natural environment, fighting for our climate and fighting for our future, and frankly golf is in many ways contrary to that goal,” did he declare. “So if we were going to hear and pay extra attention to an 18-hole plan, why aren’t we hearing a no-golf plan?”

Commissioner Becka Thompson, who represents North Minneapolis but does not sit on the planning committee, championed the perspective of black golfers.

She reminded the board that their predecessors had repeatedly rejected the Hiawatha Golf Course Master Plan and that resuming it so early in the new board’s term felt like a “slap in the face” to her constituents.

Commissioners Shaffer, Forney and Billy Menz, who also do not sit on the planning committee, urged council to listen to communities with different park priorities.

“I will continue to be challenged until we vote because we keep, in our society, in our city and in our country, we constantly pit environmental action against racial equity,” Menz said. “It’s not easy, but I would appreciate more planning.”

Park staff did not disclose their position on Komor’s alternative plan, but Schroeder said he would present his analysis at the April 20 board meeting, at a public hearing on the topic. before the planning committee.

In an economy on fire, experts offer solutions to inflation and labor issues at Midwest Economic Outlook Summit – InForum

After two years of virtual performances, Minneapolis’ Fearless Comedy Fest is back in person