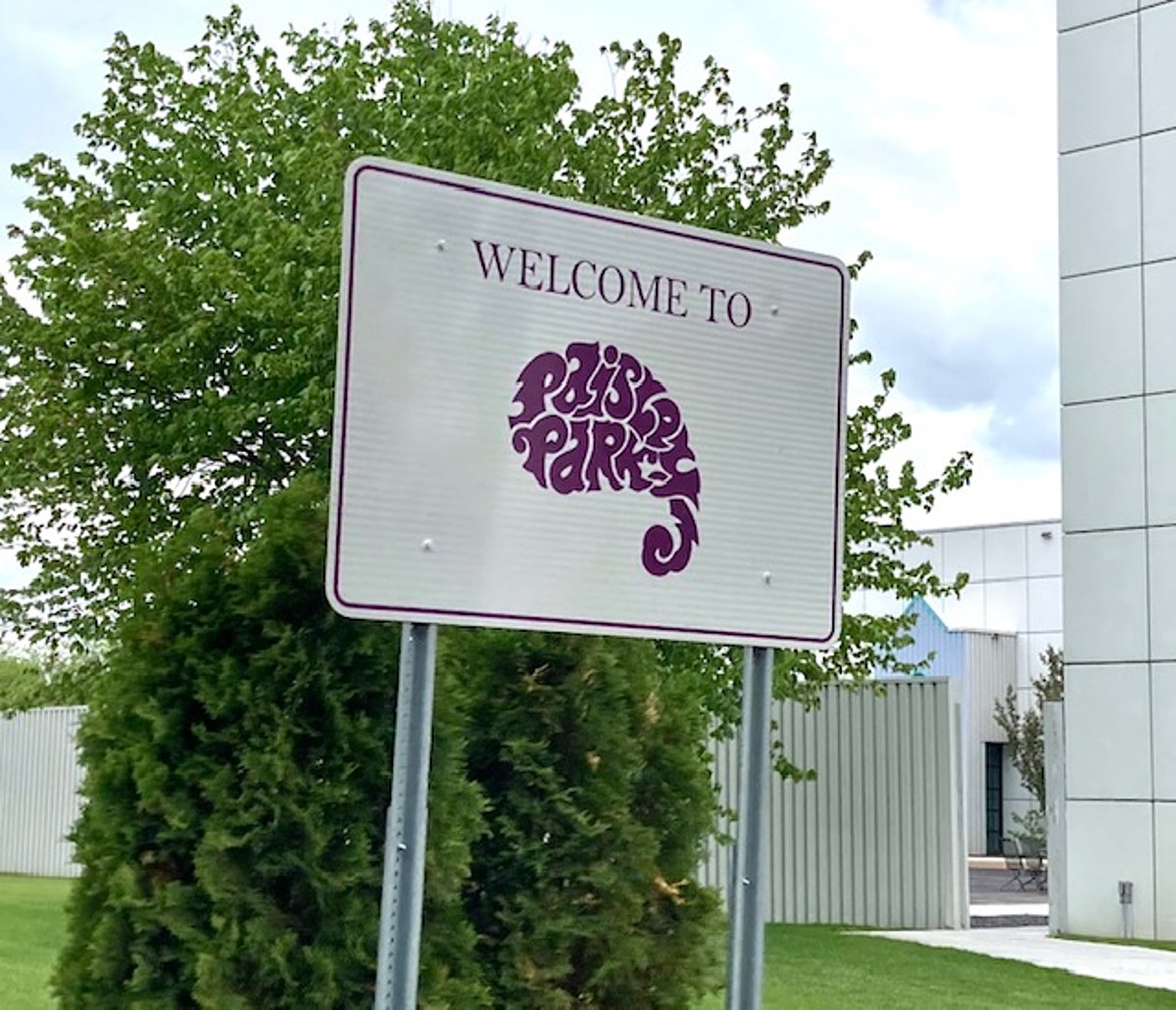 
My visit to Minneapolis was really a relaxing time with a lot of joy. I was able to really enjoy all the great food, great people, and great sites. However, my last memory that I want to share with you is my visit to the Paisley Park Museum. It was definitely on my wishlist, as I hadn’t had the chance to see Prince in concert while he was alive. I saw all the movies and all the live footage on YouTube, but wished I had seen it in person.

First of all we almost missed the turn because the place is in the middle of nowhere. If you don’t notice the sign to the left of the road, you will surely pass it. Once you’re buzzed at the gates, you can find a parking spot and get ready for the ride of a lifetime. The second thing I noticed was that this place is not what I expected from the outside. It is a basic looking white building with absolutely nothing written on it. There is the purple symbol in front of the building which lights up at night.

This building was called the real White House by Prince himself and is actually taller than the other White House. We were told that Prince wanted to move to another part of the area, but we were basically told he was not welcome. Prince saw a property across the street and bought it all, so he owned several acres of land to do whatever he wanted, and a sort of sanctuary where he could create music and fun was born.

They confiscated our phones for most of the tour so we weren’t able to get any inside content including plates and studios. They gave them back to us at the end, and we were able to get pictures of the soundstage. It was there that he did a lot of his performances and concerts.

The whole tour and hearing some of this man’s story was a lot to consume. It was well worth the cost and the memories. There’s a new Vault album coming out in July. So if you are a Prince fan, be on the lookout. I hear there are plans to release a new album until the safe is cleared. This obviously means that we have a lot more to watch out for.

Each beach town has its own set of pros and cons, which got us thinking about what makes a beach town the best to live in. To find out, Stacker took a look at WalletHub data, released on June 17, 2020, which compares US beach towns. Ratings are based on six categories: Affordability, Weather, Safety, Economy, Education, and Health and Quality of Life. Cities had between 10,000 and 150,000 inhabitants, but they had to have at least one local beach listed on TripAdvisor. Read the full methodology here. From these rankings, we have selected the top 50. Readers who live in California and Florida will not be surprised to learn that many of the cities featured here are in one of these two states.

Read on to see if your favorite beach town got it right.

The changing faces of downtown