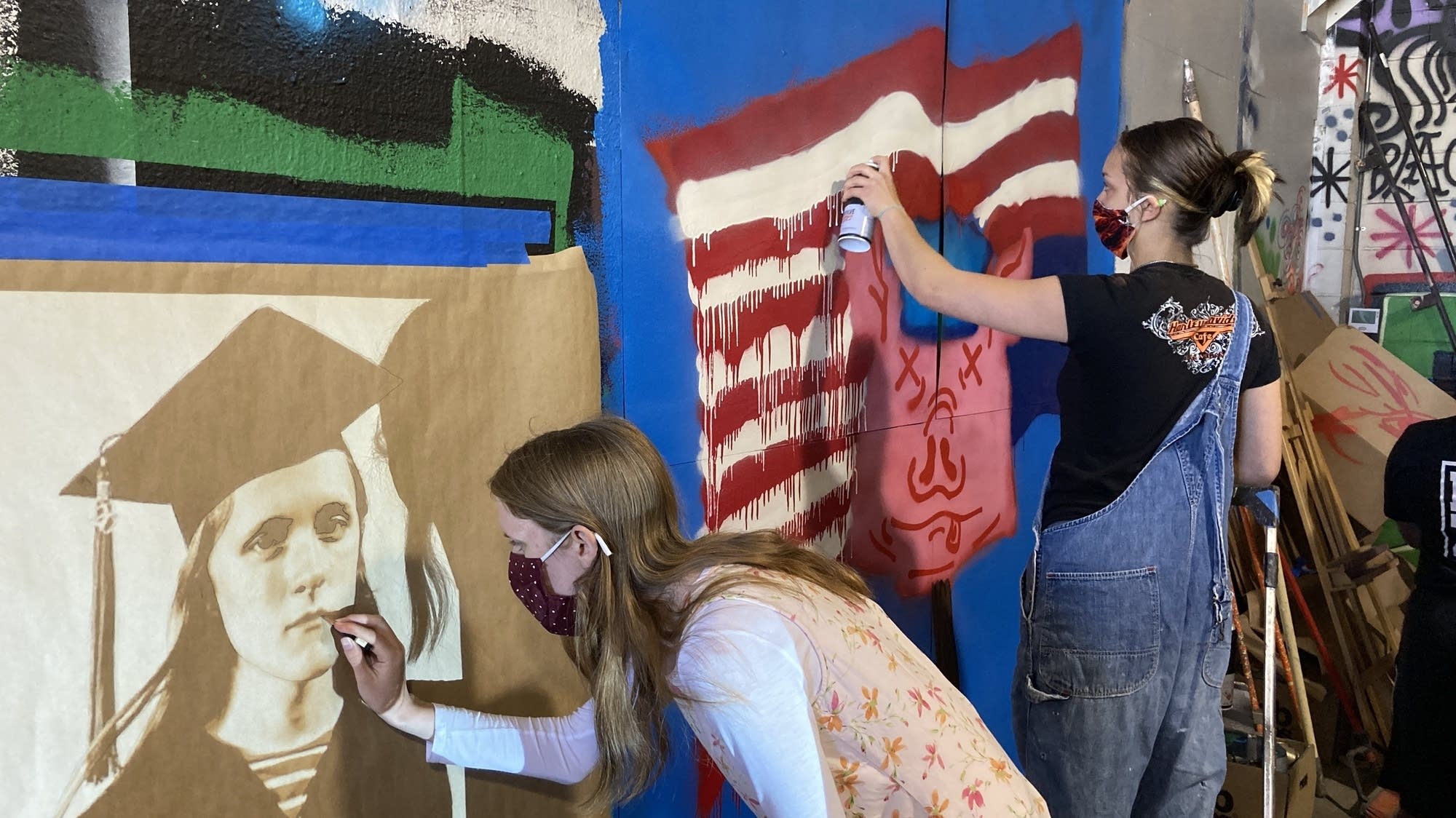 You may recall that in December we shared stories about George Floyd Square by students at South High School in Minneapolis. Many live in the neighborhood where Floyd was killed, and their school is only a block south of the many razed and burnt buildings of Lake Street.

We caught up with them this week as they wrap up what has been, to say the least, a difficult senior year spent mostly online. They work together on a mural – well in person.

â€œIt was the first time that I had met these students face to face all year long,â€ said teacher Delainia Haug. She co-teaches the class with Laura Lanik. â€œWe’ve been working online together since September, but to be together in space and to know that each of these elderly people are vaccinated – it was like we could let our guard down a bit and have a real school together.

But they’re not on campus. They’re in Peyton Scott Russell’s studio in northeast Minneapolis. Russell is the artist who painted the iconic black and white portrait of George Floyd on display at 38th Street and Chicago Avenue.

For their mural, students use some of the same techniques Russell used to bring his mural to life, but with their likenesses instead. When that is done, he will tell the story of their senior year – showing the protests, the rubble of Lake Street and despite it all, the students in caps and gowns. It will then be installed at the school, as a visual time capsule for future classes.

â€œIt’s a very historic moment and we want to capture that in our lens right now, as we live it,â€ said student Ashlyn Ziegler. â€œI think in the years to come, students will realize that we have to thrive during a really tough year as our city was creating a revolution. And I think it’s very powerful.

Ziegler said this year has taught him not to take things for granted and not to worry too much about the little things. She said she would take a year off before earning an associate’s degree in child development to teach young children.

Hamda Abdi said she plans to go to college next year and focus on classes related to social justice.

“[This year] has awakened our brains that our voices matter and that there are people out there who want to hear our voices, â€Abdi said. â€œDifficult things are going to happen, but my voice matters and I will speak out no matter what. This is what I learned this year and will take as an adult.

The students plan to unveil their mural virtually next week. They will graduate on June 10.

You make MPR News possible. Individual donations are the source of the clarity of our reporters’ coverage across the state, the stories that connect us, and the conversations that offer insight. Help ensure that MPR remains a resource that brings Minnesotans together.

Homeownership beyond the reach of many black Americans – Silicon Valley