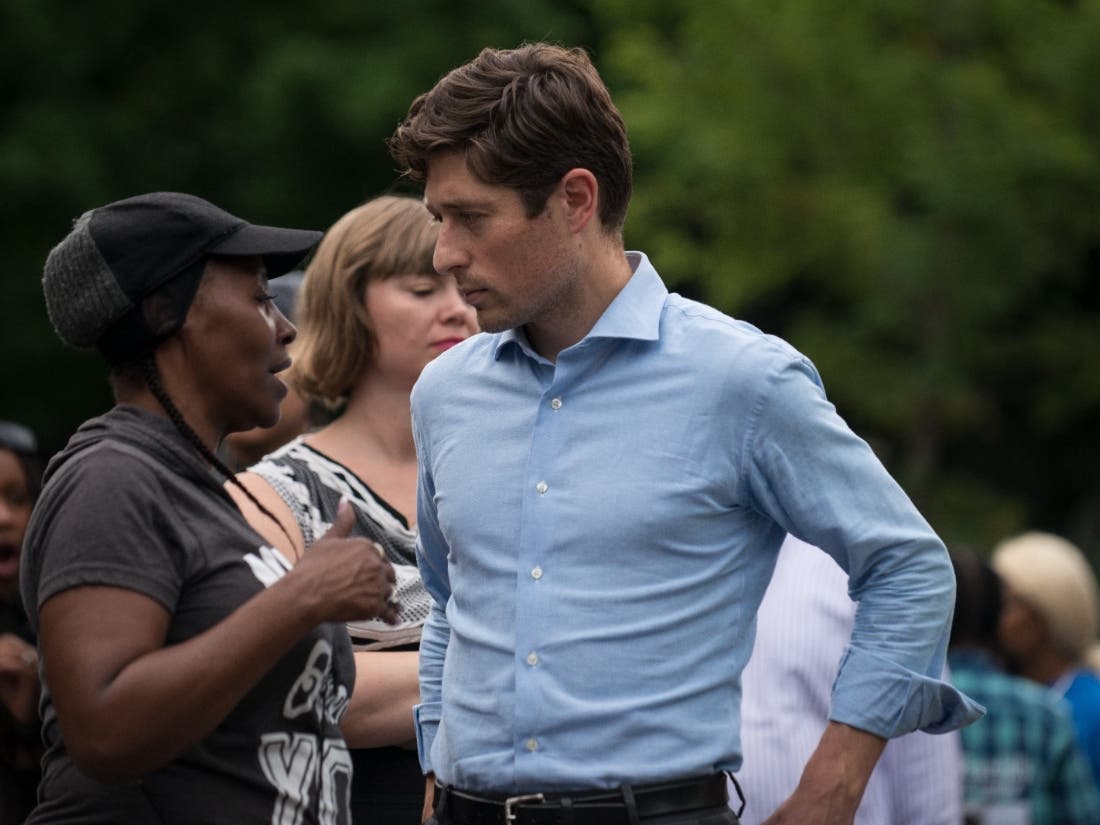 MINNEAPOLIS – This fall, residents of Minneapolis will vote in several important local elections. Among the offices on the ballot are the seats of mayor and city council. Early voting in Minneapolis has already started.

Mayor Jacob Frey is running for re-election this fall. He is one of 17 candidates vying for the post.

Patch has asked candidates to answer questions about their campaigns and will be posting candidate profiles in the coming weeks.

Does anyone in your family work in politics or in government?

My wife is a lawyer and works in government relations at the state level.

Member of the Quartier 3 municipal council

Why are you looking for an elective position?

We have experienced two years of unprecedented progress, and now a period of unprecedented challenge. And through our most difficult times, we have spoken the truth. We have led with principle and we have charted an honest and progressive course for Minneapolis. All of society’s toughest issues are passed on to mayors, often without the resources or authority to handle them. Therefore, good mayors across the country are deciding whether to resign or not to stand for re-election. And while the decision to run was a much longer conversation with Sarah, we feel a deep responsibility to the city. Minneapolis needs stable, honest and experienced leadership.

The most pressing issue facing our city is how to keep our citizens safe – promoting both community safety and police accountability. These goals are not mutually exclusive, they are intrinsically linked. I believe in an approach to both / and public safety: we must continue to push forward deep structural reforms that increase accountability and we need a fair, equitable and adequately staffed police service.

Minneapolis has the lowest number of police officers per capita of any major city in the country that I know of. We have less than half the number of officers in many comparably sized urban centers like Cleveland, Atlanta, and Milwaukee. At the same time, we are seeing an increase in certain types of violent crime. This spike in crime has multiple causes: deeply rooted inequalities, a global pandemic, civil unrest, etc. I believe, and the data shows, that additional funding or the elimination of our police service will not correct these inequalities. On the contrary, it will speed them up. And so I am in favor of adequate personnel in our police department.

I also support security beyond policing. Not all 9-1-1 calls require a response from an officer with a firearm. We can combine a unique set of skills, such as mental health workers or social workers, with the unique experiences that take place in the field. Each of my budgets has increased funding for the Office of Violence Prevention. This year, we have invested time, energy and resources to go further. I intend to continue this transformative work during my second term.

What are the critical differences between you and other candidates for this position?

I tell the truth. In addition, I take a consistent and honest stance on our most important issues and I stand by it. I value honest, genuine, principled and sometimes unpopular positions on political expediency and the popularity of social media. This contrast was laid bare by the events of last June, when thousands of people gathered outside my door to ask me if I supported the abolition or “suppression” of the Minneapolis Police Department. I said no: I told them we needed deep accountability and a complete culture change in our department. And I told them we needed the police. In response, the crowd booed. And the next day, a qualified majority of city council stood on a stage in Powderhorn Park, saying they would in fact dismantle the Minneapolis Police Department while the crowd cheered.
Telling this crowd that I was not in favor of abolishing or funding the MPD was not an easy position to take at the time, but it was the right thing to do. On this subject, all of my major opponents have been loudly supporting the abolition or funding of the police at some point in the past year, which is another point of difference.

How do you think local authorities are reacting to the coronavirus? What if something would you have done differently?

There are a wide variety of approaches to COVID-19 from local governments across the country. Here in Minneapolis, we have acted quickly. We were the first city in the state to demand masks, the first city to close bars and restaurants, and we’ve always acted early and quickly. I am proud of what we have done in Minneapolis regarding the coronavirus. I listened to the science: take the latest epidemiological data and apply them to the practical realities of our city, with the primary goal of saving lives and ensuring people’s safety. One challenge is that the virus and science are constantly evolving. I’m sure in the years to come we will all have things we would have done differently in 2020. But today my confidence in our experts and in science has led us on the right track.

Describe the other issues that define your campaign platform.

My administration started the Stable Homes Stable Schools program, which provided housing for over 3,000 Minneapolis Public School students and 900 families facing homelessness or severe housing instability. The program was so successful that it received awards and is now a permanent pillar of the Minneapolis budget.

Last year, we responded quickly to the economic downturn and the COVID-19 pandemic by providing emergency rental assistance to struggling neighbors, opening three new homeless shelters, including shelters adapted to the culture and adapted to our Native American community, and working with Hennepin County. to provide harm reduction in the most serious circumstances. We launched More Representation Minneapolis, which provides legal assistance to countless residents facing eviction, and during the COVID-19 pandemic we helped clear eviction records.

When I took office as mayor, we took clear measures on housing. These actions have, in many cases, ruled the country and given thousands of Minneapolis residents perhaps the most important foundation of all: a home.

What accomplishments in your past would you cite as proof that you can handle this job?

Having been mayor of Minneapolis for the past four years, I would say I have more experience in crisis management than almost any mayor in the country. These range from a global pandemic to an economic downturn to a city budget crisis requiring the production of nearly five budgets in a time when we normally only present two to the George Floyd murder and unrest. that followed. I have learned so much over the past 18 months. These lessons will make me a better mayor, a better person, hopefully, and I will use these lessons in the future. I have been tried and tested – the city doesn’t stop and neither do I.

The best advice ever shared with me was: