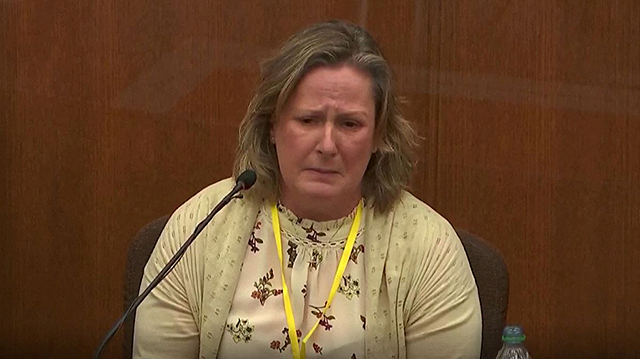 Welcome to The Glean, MinnPost’s twice-daily summary of Minnesota news.

AP’s Amy Forliti and Scott Bauer report: “A jury passed its third day of deliberations without a verdict on Wednesday in the trial of a suburban Minneapolis police officer who shot and killed black motorist Daunte Wright. The court did not flag any questions from the jury at Kim Potter’s trial, a day after jurors asked Judge Regina Chu what to do if they couldn’t get along and she told them to continue to deliberate. They got the case around noon Monday.

Fargo’s KVLY-TV Aaron Walling and Bailey Hurley report: “The Moorhead Police Department says carbon monoxide is the cause of death in the Dec. 18 incident that left seven people dead. Police previously identified the victims as Belin Hernandez, 37, his wife Marleny Pinto, 34, and the couple’s three children, Breylin, 16, Mike, 7, and Marbely, 5. Also inside the house were the couple’s niece, Mariela Pinto, 19, and Belin’s brother, Eldor Hernandez, 32.

MPR’s Tim Pugmire reports: “Gov. Tim Walz said on Wednesday he now had mild symptoms of COVID-19 after positive test at the start of the week and saying Tuesday he was asymptomatic. He likened the symptoms to a “severe cold”. … Walz discussed his health following a remote panel discussion on the need to expand affordable child care options in Minnesota.

Deanna Weniger of Pioneer Press writes: “A longtime Ramsey County prosecutor quit his job this month, citing his frustration with policies he says are designed to keep offenders from going to jail. He joins other prosecutors who are resigning, either because of policies they consider more lenient on crime, or because of COVID-related arrears that they say cause them to settle for a lighter sentence in order to settle the cases. “If that’s what the community wants, that’s not what I want to do for the rest of my career,” said Richard Dusterhoft, 55, the former director of the county’s trials division.

KARE-TV reports: “Roseville Police Department has issued another call for help in locating missing 14-year-old boy. Police first reported Izaich Mardis missing on December 15. Tuesday left for school on the morning of December 14 but has not shown up for class and has not contacted his family since. On December 23, the department shared on Facebook that it was still actively researching Tuesdays.

A FOX 9 story says, “The The omicron variant is now estimated to be the dominant COVID-19 strain in Minnesota, state health officials said on Wednesday. The news comes after the Centers for Disease Control and Prevention reported earlier this week omicron is now the dominant version of the coronavirus in the United States, accounting for about 73% of new infections last week. “

For Rochester KIMT-TV, Anthony Monzon reports, “The positivity rate for coronavirus tests in Minnesota has tended to drop, but a leading expert from the Twin Cities warns that a ‘viral blizzard’ could be ahead for all 50 states. Dr Michael Osterholm, director of the Center for Infectious Disease Research and Policy at the University of Minnesota, said a largely unstimulated US population as the holiday season approaches is expected to create a “perfect storm,” testing health systems from coast to coast. . Unlike the regional hot spots we’ve seen in the past with the Delta variant, Dr. Osterholm believes Omicron will affect all regions of the country simultaneously.“

A KSTP-TV story saysThe Minnesota Department of Commerce said on Wednesday it had reached an agreement with MoneyLion, an online lender, for violating state laws. Under the settlement, MoneyLion will cancel or cancel certain loans and reimburse certain Minnesota consumers. The company will also pay the state a fine of $ 100,000. The New York-based company did not get state approval before granting Minnesota residents loans at interest rates of up to 645%. State law requires regulated lenders to be licensed if loan interest rates are greater than the amounts permitted by law. “

A The story of WCCO-TV says, “A Minnesota sports fan – not a “good weather” fan but a diehard “Minnesota weather” fan – was captured ranting in a now viral TikTok video. ‘You were born here, it’s your curse. Suck it up, join the party. The worst holiday in the history of mankind. But you’re in the party, you’re on the invitation list. You can’t go out, ”the screaming fan said, although he also uses a microphone in what appears to be a small classroom. The video was posted by @therealmisspearson, who describes herself as an eighth grade teacher, and suggests the person caught in her angry speech is also a fellow teacher.