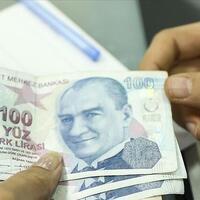 The total outstanding amount of private sector loans received from abroad has fallen by $7 billion since the end of 2021 to stand at $162 billion in July, according to Central Bank data.

“Total outstanding private sector loans received from overseas on a remaining maturity basis indicates principal repayments of $44.2 billion for the next 12 months through the end of July. “, said the bank.