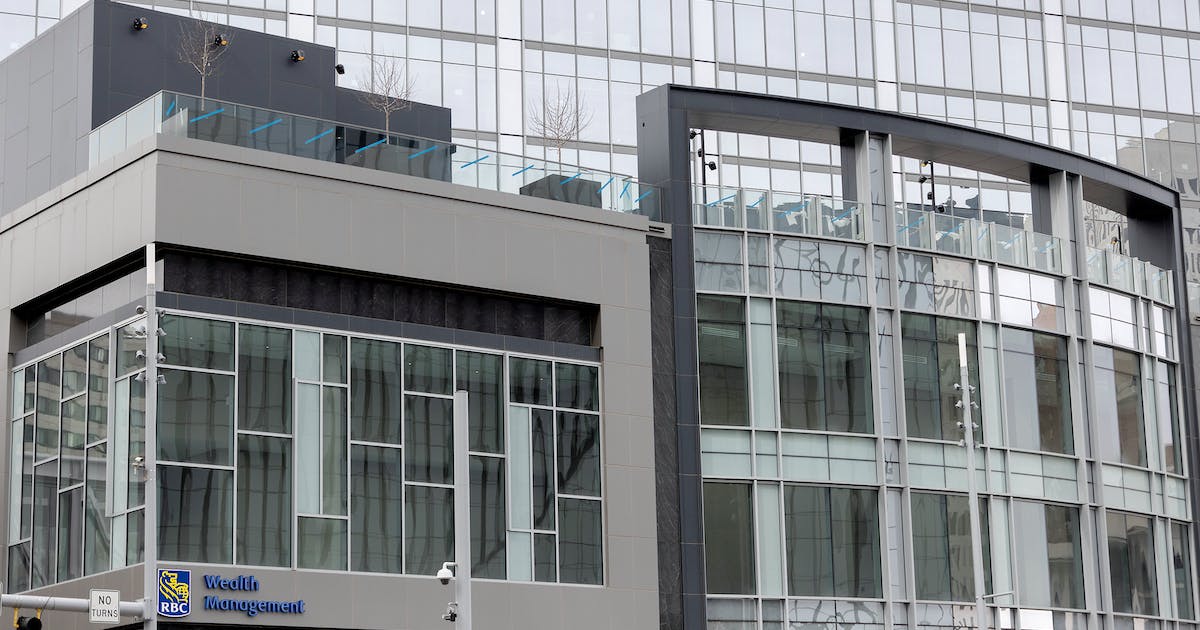 It’s hard to review an ordinary new building without looking like a parent whose child brings home a disappointing second-grade art project. You want to be encouraging. It’s really something! You have certainly put a lot of effort into it.

A skyscraper is not an art project, however. It’s a revenue-generating machine. But we expect a tall tower to be a good neighbor, an interesting addition to the skyline. At best, it could be something that defines the city, or at least a downtown neighborhood.

The Wells Fargo Towers in Downtown East, for example, are prime examples of safe corporate architecture, and they form an attractive, symmetrical wall that serves as the backdrop to Commons Park. The new apartments on Hennepin and Washington – a 22-story structure completed at 270 Hennepin, the Washington Avenue companion currently under construction – are also ordinary designs, but they will work well to anchor the intersection and form an entrance to Hennepin. .

And that brings us to the RBC Gateway, the tall new tower on the south side of the Henn-Wash intersection.

It’s really something! They certainly put a lot of work into it!

Before considering the newly completed building, think about its location.

The site had been empty since 1991, when the Nicollet hotel was ravaged by rubble. It was a parking lot for decades, a sad patch. A newcomer would look at the area and never know it was once the centerpiece of downtown. A proud grand hotel and Gateway Park with its classic pavilion once defined the space and welcomed those crossing the Mississippi to get downtown. But no evidence of this marvelous painting existed for a very, very long time.

We always knew that the site wouldn’t lie idle forever. Something was about to germinate. The only question was whether we would get something grand and awesome, or something by heart. The city of Minneapolis requested proposals in the early years of the previous decade, and four were made public.

The Duval group presented a slab of blue glass whose most notable feature was its height: 80 floors. A timeless spare monolith that would rule the horizon! Denied.

Doran Development transformed into a circular tower distinguished by an interesting crown; it wouldn’t have been an eye-popper by day, but the evening lighting would have added a visual anchor at the end of the Nicollet Mall.

Mortenson, another developer, proposed a 31-story building that curved at the Hennepin-Washington intersection.

The winning design came from United Properties. It was a compromise between “interesting” and “safe” – the tower looked like two buildings welded together, each tower protruding a little at intervals, like blocks stacked by a patient toddler. The adjustments made the rounds less boring. The proposal provided for a lower building on the 3rd avenue S. side and a large park facing Nicollet. There was even a tram line crossing the park, passing under the building.

Then nothing. According to 2014 Star Tribune articles about the competition, construction was supposed to start in 2016. This did not happen. In 2018, United returned with a new design – unmodified, but revised. No more irregular facades; now it looked like any other office tower in the last 30 years. The glass was blue, with more icy blue accents that kept it from being a monotonous slab. You might not have thought it was the most imaginative building ever proposed, but unlike some overseas projects intended to shock, it would probably age well.

In the final product, the upper floor balconies were moved. The mass moved; it has an asymmetry at the top that slopes down like it’s meant to grace the Washington-Hennepin intersection, but it’s not scaled enough and looks like a small cocked hat on a tall man . The middle section has a box hanging from the main tower, which appears to carry a backpack.

You hate to say a new 37-story tower anchoring a historic site is OK, but it’s not a knockout blow. As a new member of the city’s Blue Glass Skyscraper club, it’s better than the Campbell Mithun Tower at 222 S. 9th, which was described years ago as “an accountant in a party hat.” It’s more cohesive aesthetically than the LaSalle Plaza, which mixes blue glass and Kasota stone in a way that doesn’t appeal to everyone. It’s not as interesting as the RBC Plaza (60 S. 6th), with its various hues and classic high-rise setbacks.

It’s not even in the same league as the IDS, the most perfect glass skyscraper ever designed, or the Wells Fargo Tower – Cesar Pelli’s tribute to Rockefeller Center. It lacks the fascinating aggregation of forms or the luminous crown of the Capella Tower.

Public spaces are bright and spacious. The lobby offers a nice view of the mall and the Northwestern Life Building. No other building on this site has ever been so open to its environment. View of the building is more interesting than the view of that, but that’s often the case.

In the middle of the block, there is a curved facade that resembles a grand entrance into an atrium. It’s not. The second floor of the building on the Mail Nicollet side is given to the skyway, a generous donation, a new view of the Mall seen from above.

Half the view, alas, is a parking lot. You wonder how long this plot will lie fallow and what might one day rise to reach the RBC Gateway. You hope it will be something that uplifts and stirs the spirit.

But for now, it’s good that the cemetery of the Hotel Nicollet is finally filled, with people working in celestial spaces that did not exist before. Its good! And you know they put a lot of effort into it.

Poll: 40% of parents have an adult child living with them