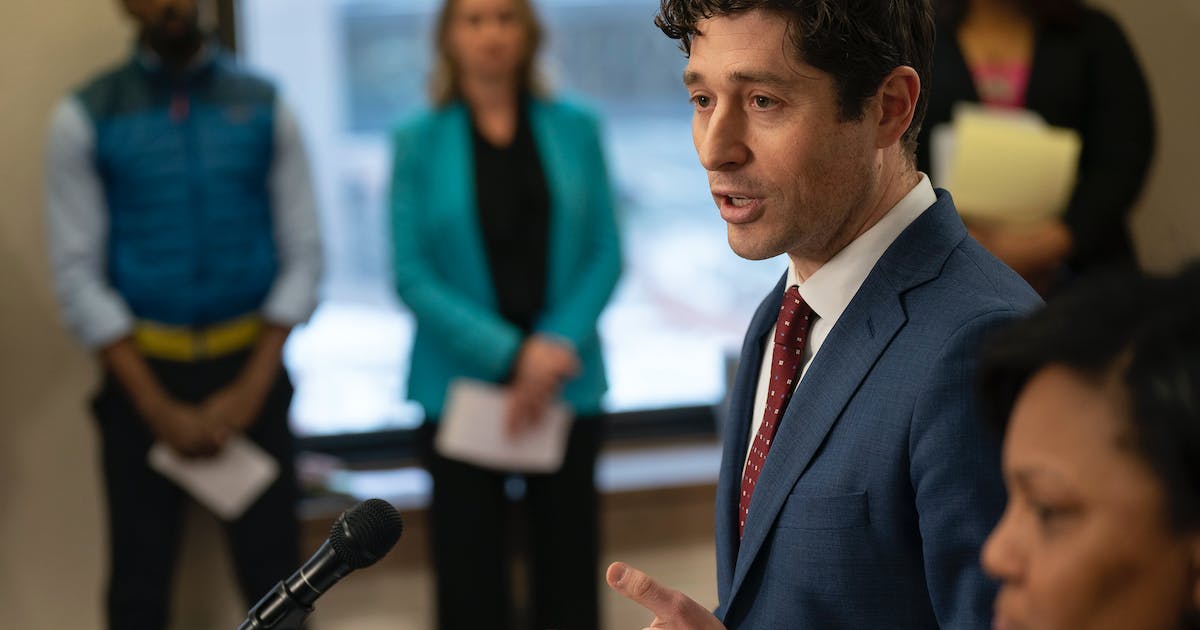 “No more no-knock warrants in Mpls.” (Front page, April 6.) Looks like we’ve heard that before.

In my experience listening to people from across the state representing many demographic and community groups, everyone wants to feel safe in their community. The approaches proposed to this concern are too often expressed in simplistic terms. On the one hand, there is the emphasis on policing and punishment, which is the sole focus of the Minnesota Senate. On the other hand, it is to reduce the importance of enforcement and punishment, which tends to be the approach of the House. The best answer, as with many things, is a part of both. Having a sufficient number of well-trained and well-equipped law enforcement officers is essential to keeping our communities safe. However, the United States has the The highest incarceration rate of any country on earth, higher than countries like El Salvador, Rwanda and Cuba, as well as all democracies. If putting people in jail was the solution to crime, you would think we would have solved this.

If law enforcement alone is insufficient, we must ask ourselves what, other than disregard for consequences, is driving crime in our communities. Once we have answered this question, we can determine what other resources and measures are needed to address the causes of crime. It’s harder and more complicated, which makes it less appealing to politicians. Tackling the causes of crime likely requires additional government funding for things like education, housing, drug and alcohol abuse, and job training. The failure of individuals to succeed without this support is generally characterized as a failure of virtue or personal effort. While it is easy to get agreement for law enforcement, it is much more difficult to agree on programs aimed at attacking the causes of crime.

THE POWER OF PHOTOGRAPHY

After attending the recent opening reception and panel discussion for “Documenting a Reckoning: The Murder of George Floyd,” a photography exhibit presented by the Hubbard School of Journalism at the Mill City Museum, I hope our community will take the opportunity to see the 54 pictures in the exhibition and leaves comments on the exhibition (“Images of reckoning: The Floyd killer”, editorial, January 24). A jury reviewed more than 500 photos submitted by 81 professional, community and student photographers to create this exhibit documenting our community in the period from Floyd’s death on May 25, 2020 to the final verdict in the Derek Chauvin trial on April 20, 2021. The The opening reception brought together a diverse audience to hear from a panel of three local photographers and also to recognize the work of the local community and student photographers. The most compelling aspect of the evening’s discussion was the sense of genuine sharing among those present. If “counting” means an opportunity to face something difficult, this evening has shaped a time to start and continue those conversations. And the exhibit itself – featuring many images of non-professionals who are part of the community – is a testament to the power of citizens as community journalists.

The exhibit will run through June 5, and the Minnesota Historical Society Press is also offering relevant reading material, including “Sparked” (essays by social scientists, professors, and other scholars on the meaning of race and racism in Minnesota).

It’s nice to be part of a community that strives to understand the significance and influence of the events of this period, and kudos to the Hubbard School of Journalism for bringing this exhibit to the public. Of course, I’d love to see over 500 more submitted images and learn more about lay photographers, especially their feelings and decision to document these events, and where they and their cameras will go from here.

The photo on page A5 on Tuesday of little Vlad Tanyuk, shocked and deprived of his mother, almost gutted me. I am a disabled veteran who served in the Middle East and Sub-Saharan Africa, and I thought I would never see that look again. This image brought back enough horror and guilt that I was choking on vomit and crying.

The United States and our allies have the military might and dedicated people to prevent this from happening to a child. But we no longer have the will. Oh, my God, the gas is going to rise! Oh, I can’t afford to see the interest on my business loans go up! I have spoken to my military brothers and sisters, they are ready and able to stop this atrocity against civilization. But like me, they are forced to see pictures with no way to help, because our “rulers” revere money and commerce above children’s lives. Russian President Vladimir Putin is not going to nuke anyone over Ukraine – it is far from in his interest to do so, and that is all he cares about.

I’m glad the photographer didn’t catch little Vlad looking directly at the camera; I couldn’t have handled that.

With the unpredictability of our changing weather patterns induced by climate change, it is difficult to chart a course forward by looking to the past. Whether it’s some of the hottest summers and winters on record, or bouts of rain dumping more precipitation in a shorter amount of time, there’s no new normal to report with the unpredictability of the past 10 years. But that is exactly what is being asked of those on the front lines of climate change. From farmers to city planners, they are all trying to plan for the future by determining the new normal based on data from the last 10 years. These are costly decisions that could impact the survival of a family farm or protect a community from severe flooding. The University of Minnesota Extension Service offers a new Weather Ready program, HF 3759, a statewide program to help those on the front lines of climate change. The Weather Ready program would facilitate adaptation by increasing the capacity of extension staff for environmental monitoring and educating communities on current scientific practices.

In our climate emergency, an “all of the above” approach is what the response should be. But if there isn’t the political will for it, Minnesotans deserve at least a pathway to pragmatically understand the current climate crisis in time to act, as the Weather Ready program would.

The writer is a former Minneapolis City Council member.

George W. Bush was right when he said “America is addicted to oil.” Our addiction remains as strong as ever. So it’s no surprise that as gasoline prices rise, our anxiety increases and politicians are proposing a gasoline tax exemption as a remedy. Such a short-term, feel-good solution would be a mistake. Cheap gas has high costs.

Emissions from transportation are the biggest source of climate pollution in Minnesota. We face the realities of the climate crisis: droughts are threatening agriculture in Minnesota, summer air quality emergencies caused by wildfires are threatening our health and forcing us to stay indoors, floods that occur once every 1,000 years occur with regularity, unprecedented storms devastate communities from coast to coast. The list is long, and the effects – and costs – are compounding.

Of course, we have the power to change our gas consumption habits. But changing behavior requires the right market signals.

A gas tax waiver, if oil companies pass the savings on to consumers, would benefit gas guzzlers who drive like there’s no tomorrow as well as those who are rightfully suffering from price economic hardship. students. A better solution would be to provide targeted aid to those who really need it. And let gas prices reflect something closer to their true costs.

Monday’s Intergovernmental Panel on Climate Change report highlights the urgency of action. Scientists around the world agree: carbon emissions must come down immediately and profoundly to avoid catastrophic consequences for all life on the planet. It sounds like the ultimate “right to life” question.

We want to hear from you. Send us your thoughts here.

With the end of spring break, the performance of American hotels continues to decline