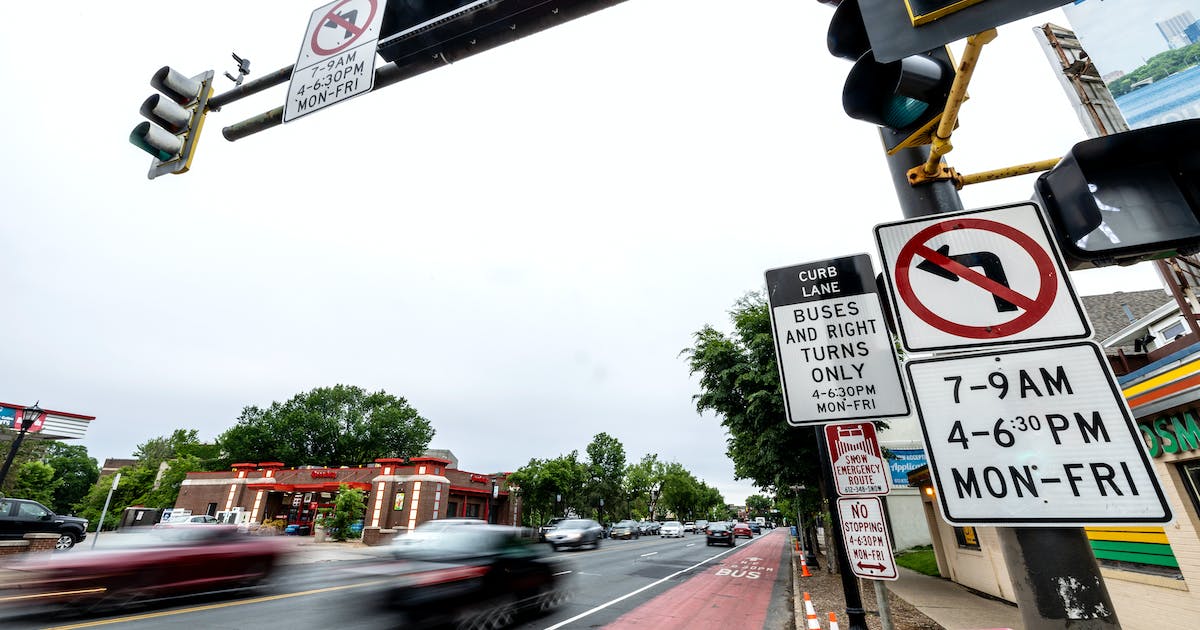 Oh really? How does a project that will only start in 2024 and take two years to complete support Ukraine in any way, let alone “now”? This argument seems extremely flimsy. But even more absurd is the claim that demolishing the street in front of the businesses on Hennepin Avenue for two years and then limiting or eliminating parking along that street until the next street reconstruction is “the best thing we can do” to support these businesses.

As an Uptown resident, I used to walk to the Apple store and Columbia clothing store in the 3000 block of Hennepin. When this stretch of street was rebuilt into a barren bus lane with no parking, these businesses quickly went out of business. Now I have to travel to the suburbs to avail of their services. How does it save gas?

Buses on Hennepin are primarily used to transport commuters to their jobs in downtown Minneapolis, not to provide access to the local businesses they pass by. And with any luck, the war in Ukraine will be resolved before this ill-conceived road reconstruction is even started, let alone finished.

Reading the article “Setting the clock on the bus lanes” about Hennepin’s reconstruction (June 14) made me wonder why the walk from its parking spot one or two blocks up to a local business is detrimental to said businesses on Hennepin Avenue, but that same walking from a parked car is not detrimental to the airport, Mall of America, M Health Fairview Southdale Hospital, Target Field, US Bank Stadium, Minnesota State Fairgrounds or even Cub Foods on a busy weekend?

The recently announced plan to make Summit Avenue part of a regional trail system doesn’t make it clear that its trees would be at risk, but recent public information sessions have raised concerns among many neighbors and me. (“Talk of Summit Av. trail alarms locals,” June 5).

During the last session on June 6, residents pointed out that its trees are a key part of Summit Avenue’s unique nature and feature prominently on its listing on the National Register of Historic Places. We were informed that “tree removal is not part of this project”. But when a resident pointed out the importance of maintaining sufficient area to protect the roots of existing trees, the response was that “the master plan does not include tree-by-tree considerations”. When asked to make a firm commitment that the project will not harm the trees, the response was that with any construction, things happen.

Unfortunately it’s true. And that is why the analysis must be done at a higher level. Mature trees are irreplaceable. We humans shouldn’t cavalierly expose them to additional risk with the fad plans of the moment. The realities of urban transportation continue to evolve and are difficult to predict. To say “we are working to limit the project’s impact on trees” is retrograde. Instead, we should recognize that the trees of Summit Avenue are paramount and that a threshold requirement for any new construction is a scientifically valid determination that it would not threaten their long-term survival.

Regional trail networks are a valuable aspect of regional planning. But given the incalculable cost to its trees, perhaps Summit Avenue shouldn’t be one of them.

Ramsey County Council Commissioner Trista MatasCastillo’s counterpoint to the decimation of mature trees on Cleveland Avenue contains at least two errors (“A Modern Cleveland Avenue Will Serve Generations to Come”, Opinion Exchange, June 14). The first is that it assumes that the planet will be habitable by “future generations” of humans. As climate change ravages the Earth, that is far from certain, and to that end we can ask ourselves whether cutting down more than 150 mature trees helps or hinders that goal.

Second, it seems she and most of us still can’t appreciate the true value of a tree. We seem to think that trees are just another crop like Kentucky bluegrass or hybrid corn. We don’t recognize the web of life that is entangled in a tree – the mammals, birds and insects that depend on it and the soil, water and gases that pass through it. Recent research even raises the possibility that a tree is a sentient being, in a way different from those of us reading this letter, but certainly more alive to the world than the County Board with its “multimodal” gibberish would have it. make you believe it.

County Council, reconsider. Create a society coming after us that cherishes all living beings.

What do Minneapolis bartenders, bluegrass bass players and police officers have in common? They can report to work drunk and not lose their jobs (“MP Creates New System of Police Discipline,” June 14).

As usual, Mayor Jacob Frey’s new discipline matrix for the Minneapolis Police Department is too little, too late.

Minnesota Department of Human Rights Commissioner Rebecca Lucero must refresh her circumlocutions (“Stalled Mpls. Police talks to resume”, June 11). His denial of the Minneapolis City Attorney’s request for the evidence behind DHR’s report disparaging the Minneapolis police just scoffs at honesty. Since the parties “are not presently before the courts to plead every fact”, no facts need impinge on the inquisition. DHR is the temple of people whose truth cannot wait to be proven.

In defense of DHR, the article features Christy Lopez. Her background is in “patterns and practices investigations” for the US Department of Justice’s Civil Rights Division: DHR’s Soulmates. For their part, she assures us that the obstruction of DHR is perfectly normal for this stage of the process. No evidence needs to be revealed unless the city dares to doubt DHR’s omniscience and is taken to court.

Lopez and Lucero must reconcile their stories. Lucero says “the city already has the evidence to back up his agency’s findings.” Meanwhile, the city says it has found evidence to debunk one of DHR’s key claims: that the MPD never spied on white organizations like it did on black ones.

Since no one in the DHR camp cares much about the facts, they have no reason to object to the accusation of not telling us about the nature and extent of the problems at the MPD. And that raises a long-awaited question about the honesty of the entire “race count” of the past two years. How many more lies have we swallowed down our throats of guilt? How far from reality does this crusade take place? And how much complexity can a word really explain?