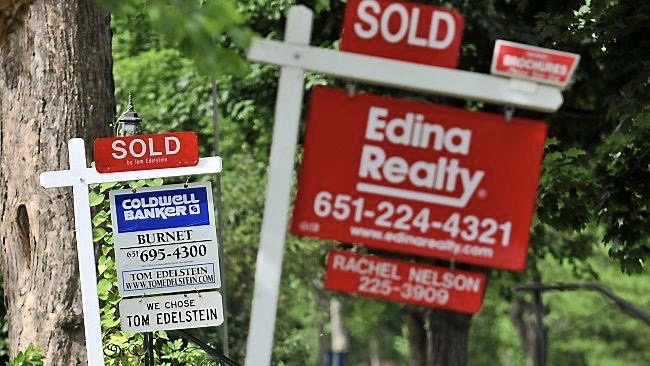 Hennepin and Ramsey counties added some 30,000 black households between 2000 and 2018, but a recent study found few of those households became homeowners or remained homeowners for a long time.

In fact, the influx of black residents was followed by a net increase of just 2,000 black-owned residences. Homeownership in the black community actually declined by 10 percentage points as the population grew, while remaining relatively stable for white homeowners.

Blacks in Minnesota were disproportionately hit hard by job losses and variable rate mortgages during the 2008 recession, and had less access to savings and loan tools to get through tough times, according to the report. Rising home prices that have doubled costs in some neighborhoods over the past decade have virtually wiped out many starting homes. Home values â€‹â€‹in historically black neighborhoods are lower, on average, than white neighborhoods, making them ripe targets for gentrification in a booming housing market.

A study by the Urban Institute examines another housing trend that may be fueling the housing deficit: the local and national rise in single-family, business-owned rental properties.

The Urban Institute found that in recent years, investors have purchased single-family homes in both counties to convert them into rental housing.

The 48-page report, â€œWho Owns the Twin Cities? An Analysis of Racialized Ownership Trends in Hennepin and Ramsey Counties, â€specifically examines owner-investors who have purchased at least three single-family homes for rental. The increase in single-family corporate rentals – or “SFRs” – has been significant, particularly in the St. Paul’s Midway and North Minneapolis area.

â€œIn these communities, which we call displacement zones, the number of black homeowners has declined, even as black households in the area have increased by 30,000,â€ said Freemark, one of the report’s lead authors.

“Many of these households are unable to compete with owner investors,” added Eleanor Noble, research assistant at the Urban Institute.

Researchers looked at US Census data and property records held by Hennepin and Ramsey counties to assess changes in property classification. Between 2005 and 2020, the number of single-family rental housing more than doubled in the two counties, from 22,000 to 48,000. Businesses that own three or more properties now represent SFR 6,500 in the two departments.

In North Minneapolis, more than 10 percent of the total area is now owned by investor owners. In the St. Paul’s Midway area, it’s about 5 percent.

The Twin Cities are not the only ones to experience a slight increase in SFR real estate, which initially grew hand in hand with a tightening of credit rules and an increase in vacant or distressed homes following the Great Recession of 2008. In Atlanta, for example, LICOs fell from five percent of single-family home sales in 2006 to 25 percent in 2008 and to about 20 percent in 2012, according to the Urban Institute. It leveled off a bit after that, possibly due to the recovery in the economy and the ability for more traditional homeowners to buy homes.

“These large professional investors are different from the resident owners and individual investors or small owners who came before them,” the report reads. â€œDomestic investors tend to have more bargaining power and better information than owner-occupiers and therefore buy these homes at lower prices. They often target existing substandard homes for rental, versus the choices homeowners would make for themselves. “

Freemark, in an interview, noted that the decline in black home ownership has been particularly noticeable in high-demand areas outside of downtown Minneapolis – like Uptown – and near the University of Minnesota, areas where housing advocates have reported an increase in gentrification.

â€œOver the past 15 years or so, we’ve seen a lot of worrying changes in the housing market, especially for African Americans,â€ he said, â€œ(like) the lack of access to support that helps them keep paying their mortgages when they lose their jobs.

Overall, between 2000 and 2018, white ownership in the Twin Cities region remained relatively stable at around 70%. Black ownership declined over this period, from 31% in 2000 to 24% in 2010 and then to 21% in 2018, a total loss of 10 percentage points. The difference is a 50 point gap between Black and White. Homeownership among Latinos also declined over this period, but not so dramatically, resulting in a 30-point difference.

The Urban Institute will host a free webinar at 11 a.m. on Wednesday to further analyze its report.

The webinar will feature a panel of housing researchers and advocates from the Urban Institute, the Center for Urban and Regional Affairs at the University of Minnesota, the Family Housing Fund, the Center for Economic Inclusion and the Alliance. More information is online at tinyurl.com/Urban62321.