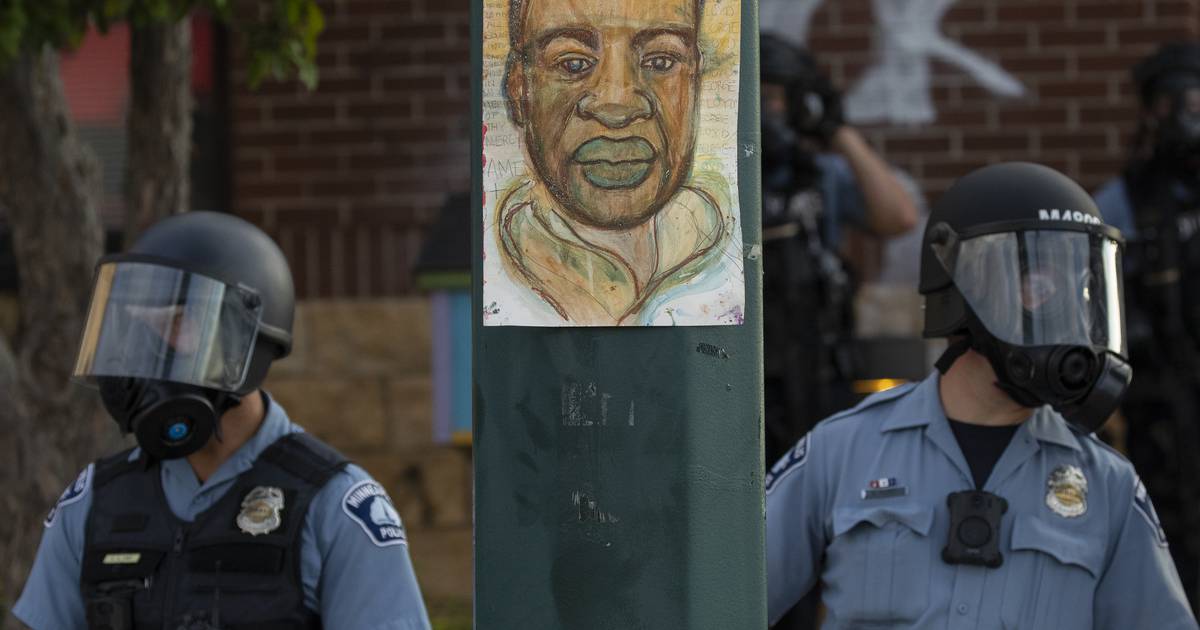 ST. PAUL, Minnesota — Nearly two years after George Floyd was killed by a Minneapolis police officer, the Minnesota Department of Human Rights was set to announce Wednesday the results of its investigation into whether the Minnesota Police Department city ​​had a pattern of racial discrimination in policing.

An affirmative finding could lead to a consent decree — a court-binding settlement — requiring changes.

The state launched its investigation just a week after Floyd’s death on May 25, 2020. Then-officer Derek Chauvin used his knee to pin the black man to the sidewalk for 9½ minutes in a case that sparked worldwide protests against the police. racism and brutality. Chauvin, who is white, was convicted of murder last spring. Three other officers – Tou Thao, Thomas Lane and J. Alexander Kueng – were found guilty this year of violating Floyd’s civil rights in a federal trial and they will face a state trial starting in June. .

Human Rights Commissioner Rebecca Lucero said then that the state hoped to use the investigation to find long-term solutions for systemic change. She said the goal was to negotiate a consent decree with the city that the courts could enforce with injunctions and financial penalties, citing such agreements in more than a dozen other cities, including Chicago, where the US Department of Justice uncovered a long history of racial bias and overuse. forcibly by the police.

The department quickly won a court order in which the city agreed to make immediate changes, including banning chokeholds and requiring officers to intervene when they see another officer using inappropriate force.

Get the latest news as it happens and find out about other must-see content with our free news alerts.

Since then, state investigators have reviewed a decade of information, including data on traffic stops, searches, arrests and use of force, and examined policies and training. They also invited citizens to submit their own stories of encounters with Minneapolis police.

The Minnesota Department of Human Rights is the state’s civil rights enforcement agency. His duties include enforcing the Minnesota Human Rights Act which, among other things, prohibits a police department from discriminating against someone because of their race.

The department has come under pressure from multiple directions since Floyd’s death. The US Department of Justice is also investigating police practices in Minneapolis, although it is not believed to be close to a conclusion.

Several city council members and residents have been pushing to replace the department with a new public safety unit that they believe could take a more comprehensive public health approach to policing, including cutting a number required minimum of police officers. Voters rejected the idea last year.

Mayor Jacob Frey and Chief Medaria Arradondo, before his retirement in January, also made a series of changes to department policies and practices, including requiring officers to document their attempts to de-escalate situations and no longer stop motorists. for minor traffic violations.

But community anger at the police erupted again in February when officers serving a no-knock warrant shot and killed Amir Locke, a 22-year-old black man who was staying on a sofa in his apartment. cousin. Prosecutors declined to charge the officer who shot Locke, saying body camera video showed him pointing a gun at the officer, a claim his family disputes. The city has since banned no-knock warrants except in the most extreme circumstances, such as a hostage-taking.

Ibrahim is a member of the Associated Press/Report for America Statehouse News Initiative. Report for America is a nonprofit national service program that places reporters in local newsrooms to report on underreported issues.