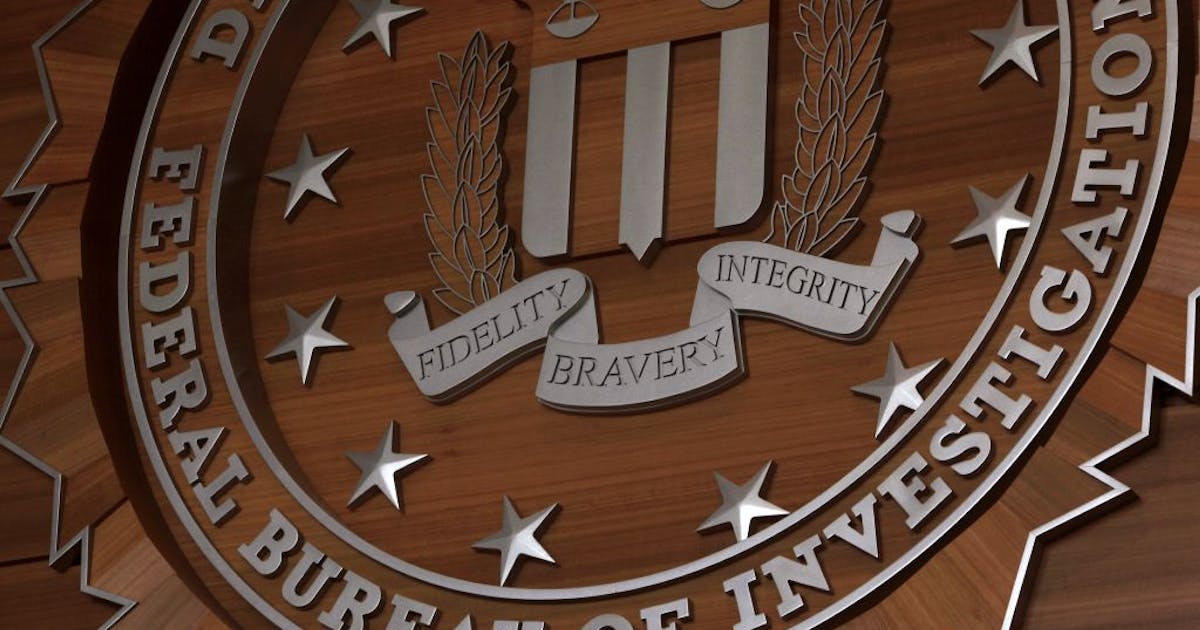 FBI agents on Wednesday arrested a man linked to the sprawling federal investigation into a child nutrition program, taking him into custody as he attempted to board a flight to Amsterdam at Minneapolis-St. Paul International Airport.

Federal prosecutors charged Mohamed Jama Ismail, 49, a resident of Isanti, with knowingly making a false statement when he applied for a new passport in March after authorities seized his passport during a search of his residence. home in January. Ismail falsely claimed to have lost his passport at home, according to a criminal complaint unsealed on Thursday afternoon. Ismail used the new passport when he checked in for his flight, according to the complaint.

“His motive was not to flee the country,” said St. Paul attorney Patrick Cotter, who represents Ismail. “His motive was just to go see his family. That’s why he had a flight home.”

Ismail’s wife and five children live in Kenya, where Ismail was to fly after a stopover in Amsterdam, according to the charges. Cotter said Ismail’s father also lives in Kenya.

As one of the owners of Empire Cuisine & Market in Shakopee, Ismail and his partners raised at least $24 million as one of the main food suppliers for two nonprofit sponsors, Feeding Our Future and Partners in Nutrition, according to search warrants unsealed by federal authorities. in January. According to the warrants, the FBI alleges that $11.1 million of the $24 million received by Empire or its affiliates was misappropriated.

The FBI alleges that Ismail and his business partner used millions of dollars in program money to purchase homes and other real estate, including a $575,000 single-family home in Savage, two lakefront lots in Prior Lake, a $1.5 million home in Prior Lake and $1 million commercial properties in Louisville, Ky.

Investigators said they seized $6 million from bank accounts controlled by Ismail, his business partner and their companies.

Cotter declined to comment on Ismail’s involvement in the meals investigation.

“I’m not going to comment on that,” he said. “We will settle this in court, where it belongs.”

According to the criminal complaint:

The U.S. Attorney’s Office told Ismail’s attorney on February 1 that Ismail was the target of a federal investigation and would likely be charged. Less than two weeks earlier, the government had raided the offices of Empire, Feeding Our Future and other organizations accused of defrauding Minnesota‘s food assistance program. Partners In Nutrition was not identified as a target of the investigation.

Officers seized Ismail’s passport during a search of his home in January. Two months later, Ismail applied for a new passport, saying he needed a new one because he had lost his old passport, according to the complaint. He also claimed to have filed a police report regarding the loss of his passport, which federal investigators say is also false.

It is a crime to make a false statement when applying for a passport.

Ismail received his new passport on March 22 and quickly booked a trip on April 20 from Rochester, Minnesota, to Kenya. He had to go through the Twin Cities and Amsterdam.

FBI agents arrested Ismail at the Minneapolis-St. Paul International Airport around 2:30 p.m. Wednesday as he boarded the flight from Amsterdam. According to the complaint, he had checked in five suitcases and was pulling a carry-on suitcase at the time of his arrest. He made a first appearance in federal court Thursday and remained in the Sherburne County Jail Thursday night.

Ismail and Abdiaziz Farah started the company in April 2020, shortly after the pandemic forced Minnesota Governor Tim Walz to declare a state of emergency. The company quickly created a network of other vendors who claimed to serve more than 160,000 meals a day at 25 Minnesota locations, according to the FBI.

The FBI says in search warrants that one of Empire’s busiest sites was believed to have operated at 1506 Southcross Drive in Burnsville, where the company claimed more than 50,000 meals were served in November 2021. Federal agent monitored the site the day before Thanksgiving and saw “no activity.” The officer also found no evidence of meals being served on multiple days in December.

Through her attorney, Feeding Our Future director Aimee Bock said she has not reimbursed Empire for meals since June 2021. “Ms Bock visited the site and was very upset with the quality food,” attorney Kenneth Udoibok said earlier this year.

Although Ismail is not charged with fraud related to federal nutrition programs in the unsealed complaint Thursday, it is not uncommon for authorities to arrest and charge an individual with a lesser crime before adding additional charges. said Jeff Van Nest, who retired this year from the FBI and teaches legal writing at the University of Minnesota Law School.

The FBI unsealed more than 200 pages of search warrants on January 20, publicly revealing that the agency had opened an investigation last May into a “large-scale scheme” to defraud the government. Investigators allege more than a dozen people used tens of millions of dollars meant to reimburse them for providing meals to children in need; instead, the money was used to buy lakeside homes, luxury cars, and for other personal uses.

Three months later, no related charges have been filed despite the FBI’s search for evidence related to mail fraud, wire fraud and money laundering.

Van Nest, who also works for the Center of the American Experiment, could not comment on this specific case, but said that generally FBI agents will unseal cases when it is clear that no evidence will be found. destroyed or the case will be adversely affected. Once the information is released, it could help investigators gather information from the public. But the time it takes to sift through evidence gathered from search warrants before authorities file charges can vary — if charges are laid, Van Nest said.