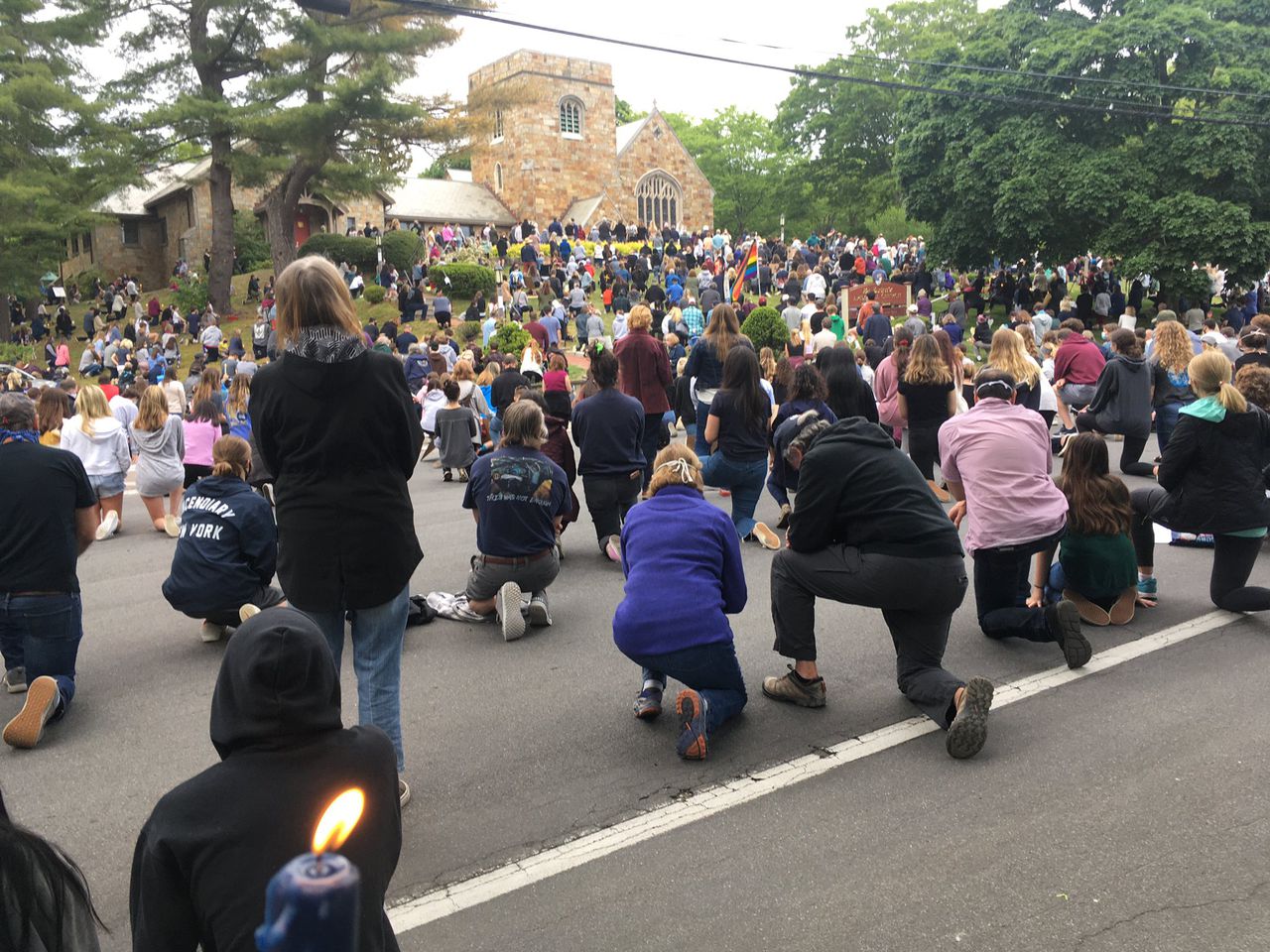 When church bells rang in St. John’s in Hingham, Mass. On Tuesday evening, about 1,000 people knelt and remained silent for eight minutes and 46 seconds, in reference to the length of the guard at view of George Floyd.

Done in solidarity with a vigil in Boston for Black Lives Matter, the event in Hingham was hosted by St. John’s, an Episcopal Church of the same name as the DC Church President Donald Trump used tear gas to chasing peaceful protesters make way for a photoshoot.

The similarity – and the striking difference of the two events – has not escaped Reverend Tim Schenck.

“Mr. President, This is how you use a church named St. John’s as a backdrop,” he tweeted. “Over 1,000 people at the vigil tonight in solidarity with #Black lives matter, hosted by @StJohns_Hingham. “

News of the president’s tactics to evict protesters, which included priests on the church patio, quickly gained national attention as protests continued across the country.

When Schenck learned that the church and the Bible were being used “as an accessory” by the President, he said he was horrified, angry and said it was “completely antithetical to anything the church believes “.

But that is not what happened at his St. John’s on Tuesday night.

“It just struck me that, here we are, 24 hours later in front of another Episcopal church called St. John’s, and the church was a backdrop, but it wasn’t a prop,” he said. he declares.

Schenck said the vigil was “peaceful and moving,” and even the local police chief attended. It also gave people time to reflect, he said.

He now hopes that there will be more conversations, more listening and “real actions”. And often it starts with love.

“A big part of who Jesus is is to love your neighbor as yourself,” he said. “And love doesn’t come in the form of tear gas and rubber bullets to make way for an ego-driven photo opportunity.”

Protests continue across the country on Wednesday, including in Springfield.