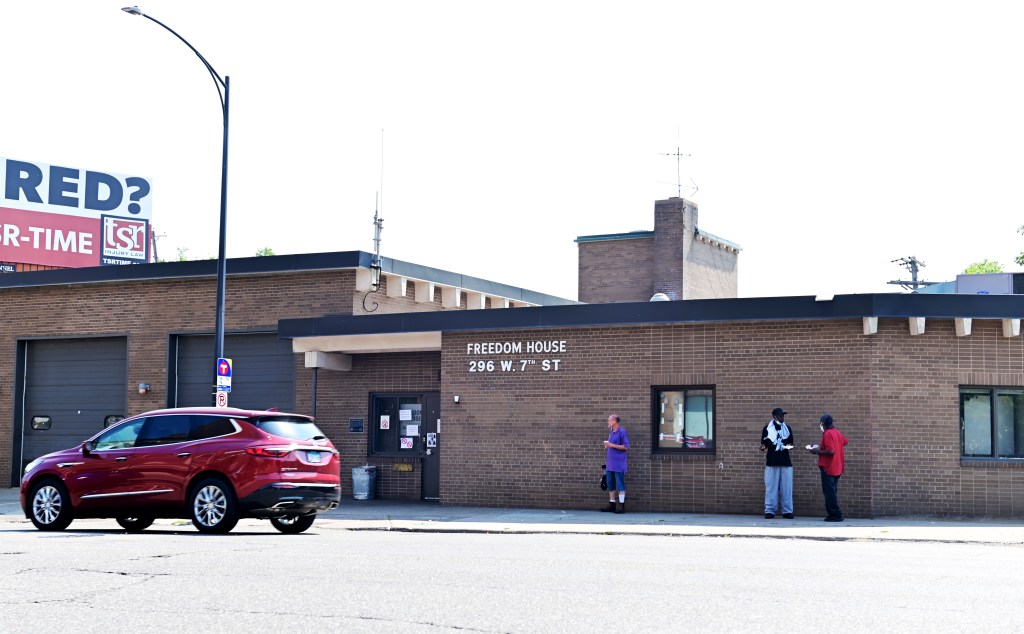 For months, a string of St. Paul homeowners along West Seventh Street have complained to the city that a homeless drop-in center has attracted drug use, prostitution, unruly behavior and even defecation in public. Business owners have now taken their cases to court, even as city council prepares to allow more day shelters across the city.

The owner of Tom Reid’s Hockey City Pub and six other plaintiffs are suing the city of St. Paul and Freedom House, which operates a day shelter in a former city fire station, alleging violations of the city’s zoning regulations and emergency powers of the mayor, such as two negligence claims and one nuisance claim.

The 28-page lawsuit, filed in Ramsey County District Court on Friday by lawyers for the Minneapolis firm Winthrop & Weinstine, seeks a declaratory judgment and injunction, as well as at least $ 50,000 in damages. If granted, the lawsuit would prevent Listening House from providing its day services and require it to apply for a conditional use permit to operate a day shelter in a “traditional neighborhood” zoning district where such uses are historically not permitted.

“The city and Freedom House have not provided sufficient security for the community,” reads the lawsuit. â€œFreedom House guestsâ€¦ are permitted to cause disruption, damage and threats to the safety of neighbors and businesses without interventionâ€¦ including staying overnight in an area that is not zoned, even temporarily, such as a night shelter. “

Amid dangerously low temperatures, a growing homeless crisis and growing cases of COVID-19, St. Paul City Council temporarily suspended zoning rules in November 2020 to allow Listening House to relocate its day services in the old fire station at 296 W. Seventh St. on an emergency base. The council then authorized the use even after the weather warmed, the homelessness crisis had largely subsided, and the governor’s emergency powers related to the pandemic had ended.

The lawsuit notes that the city’s ordinance suspending “T2 zoning” was “specifically based on the existence of the executive decree of Governor Tim Walz … dated March 13, 2020, declaring a state of emergency, and the declaration Emergency Response from Mayor Melvin Carter dated March 15, 2020, reiterating the same.

Walz officially rescinded his declaration of a state of emergency on May 28. Nonetheless, the Listening House lease allows Freedom House to operate at its location virtually rent-free for up to three six-month periods.

On Wednesday, the council is set to approve the authorization of day centers for the homeless in industrial, mixed-use or traditional districts of the city. In most districts, however, locations such as Freedom House covering more than 7,000 square feet would be required to apply for a conditional use permit.

Some churches have obtained PPP mega loans. A few have tiny ones.