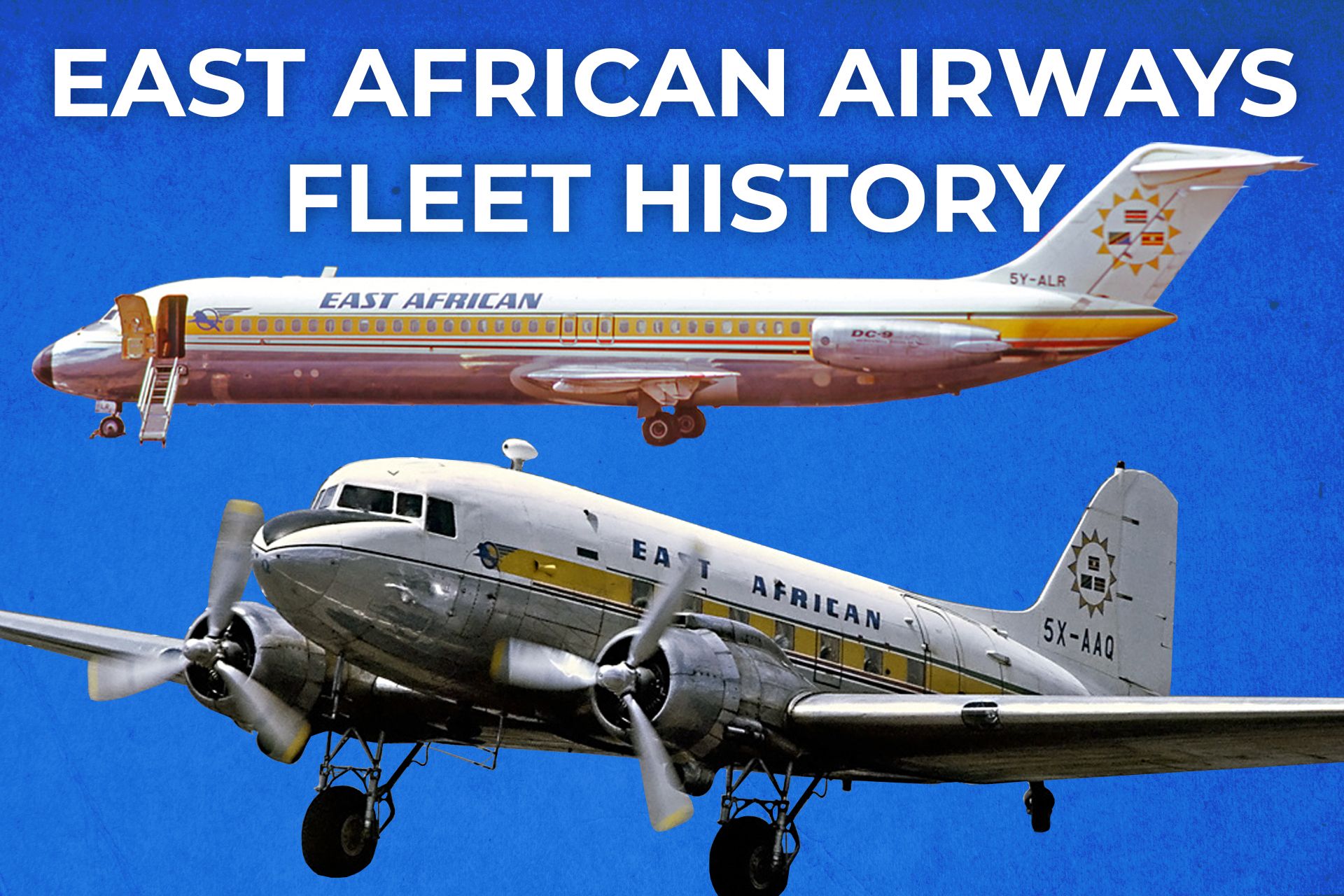 What types of aircraft did East African Airways operate?

East African Airways was the joint flag carrier of Kenya, Tanzania and Uganda, operating from 1946 to 1977. Over its three decades, the carrier operated a variety of short and long-haul aircraft for connections within the subcontinent to Europe and beyond. Here’s a look at the airline’s fleet over the years.

When East African Airways (EAA) officially began operations on January 1, 1946, it operated a fleet of De Havilland Canada DHC DH.89As “Dragon Rapide”. The Dragon Rapide was used on connecting flights between the main cities of the then four British territories (Tanzania was made up of Tanganyika and Zanzibar when it was founded).

SIMPLEFLYING VIDEO OF THE DAY

For its first 18 years of operation, EAA was still indirectly owned by the British government and the airline did not change hands until 1964 after the independence of the four colonies.

While the EAA started with small aircraft, it quickly improved as the demand for flights in the region increased. Photo:
RuthAS via Wikimedia Commons

The airline added Lockheed Lodestar and DHC Doves to expand further in the region, with the arrival of the first long-haul aircraft in 1950. The Douglas DC-3 began operating flights to the UK (Salisbury) with intermediate stops and quickly became the dominant aircraft. in the fleet, also replacing the Lodestars. Data from ATDB.aero shows the airline flew 24 DC-3s during its tenure.

East African Airways also holds its place in history as the first non-British carrier to fly with the monarch when it flew the Princess and her wife Elizabeth to Entebbe for her coronation in 1952 following the death of King George VI. She flew on a DC-3 Dakota from Nanyuki to Entebbe before a BOAC flight to London.

As EAA grew during the year, it consolidated its fleet with the DC-3 and DHC-6 Twin Otter for shorter flights. However, the beginning of the jet age and the years leading up to it also saw new types of aircraft joining the carrier. This includes modified DC-4s (Argonauts) for long-haul flights and more. East African added two De Havilland Comets to its fleet in 1960, opening new service to London and Rome from Nairobi and Dar-e-Salaam and marking its first jet addition.

This expansion came as the four nations saw their independence from Britain and formed new chapters in their history. The EAA soon began to reshape its structure, with a new president and a committee formed to review aircraft registration. BOAC also sold its stake in EAA after the carrier repaid all of its outstanding loans. From there, the airline was completely independent in its operations and joined the jet age.

The Comet 4 allowed EAA to have a strong presence across Europe with fewer stops along the way as well. Photo:
RuthAS via Wikimedia Commons

EAA then operated 10 comets over the next decade, launching flights to Mumbai via Karachi and major hubs in Europe such as Athens, Zurich, Frankfurt and many more. With demand high, the carrier saw no reason not to add new jets to its fleet.

The Comets were eventually replaced by the VC-10s, with EAA flying five of these aircraft. The airline has also leased several planes for peak periods, including a pair of Boeing 747-100s from Aer Lingus. In the early 1970s, the fleet consisted only of DC-3, DC-9, Fokker F.27 and VC-10.

Despite operating a diverse fleet, East African Airways struggled with issues similar to many carriers in the region: high levels of debt and management problems. With Uganda and Tanzania unable to fund the airline, the EAA ceased all operations in January 1977, leaving the three states to form their own separate carriers instead. The airline was facing an estimated debt of over $100 million at the time, mostly due to massive aircraft orders and operational losses.

Did you know the history of East African Airways? Let us know in the comments!