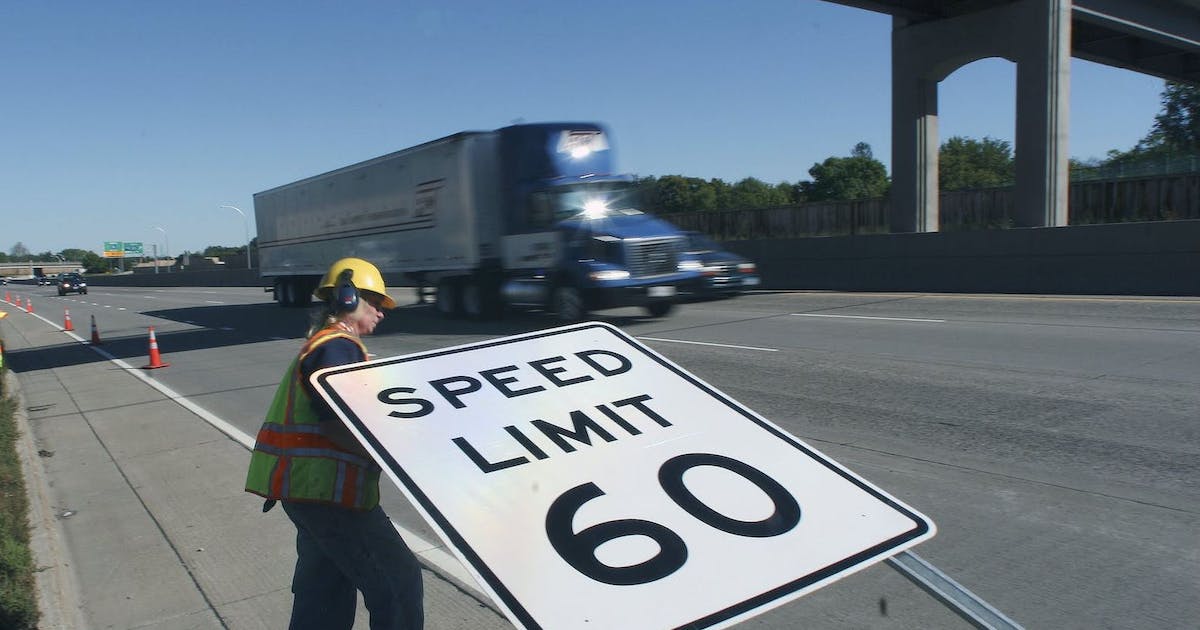 Will the speed limit on Interstate 35W in Minneapolis increase to 60 mph?

Last year, the Minnesota Department of Transportation raised the speed limit on the Crosstown Freeway. 62 through Minneapolis, Edina and Richfield from 55 mph to 60 mph.

The agency did the same in the late 2010s on the highway. 169 after the Nine Mile Creek Bridge in Edina was rebuilt and the route was resurfaced through St. Louis Park, New Hope and Plymouth.

On the highway. 100, the speed limit increased from 55 mph to 60 mph south of I-394 after extensive reconstruction in 2016, additional lanes and a new layer of asphalt. This decision created a uniform speed limit between I-494 in Bloomington and I-694 in Brooklyn Center.

Last year, the MnDOT also set the speed limit on I-394 from Minneapolis through the western suburbs to 60 mph, down from 55 mph.

All of these changes have Drive readers John and JP asking about the 55 mph speed limit on I-35W through south Minneapolis since the MnDOT rebuilt the road and the freeway now has more lanes than the Crosstown, Hwy. 100 and highway. 169.

Before speed limit adjustments can be made, the agency must conduct a speed study, MnDOT spokeswoman Anne Meyer said.

“The MnDOT has not yet completed a speed study on the I-35W corridor between I-494 and downtown Minneapolis, but we expect to do so in the fall of 2023,” it said. she declared.

Speed ​​limits on the Crosstown and on the highways. 100 and 169 were changed after the MnDOT conducted speed studies on these corridors.

The MnDOT conducts speed surveys on state highways and local roads to determine safe and reasonable speed limits. The studies examine the speed at which drivers move through a specific corridor during uncongested times and in areas free of turns, stop signs, traffic lights and entry points.

A short but very busy section of the highway. 55 – also signed as Olson Memorial Hwy. – in Minneapolis will close for six weeks starting at 7 a.m. Tuesday.

The MnDOT will close the freeway between Van White Memorial Boulevard and Lyndale Avenue to remove an old tunnel that once carried Bassett Creek under the road, improve drainage and utilities, and resurface the freeway.

Hero homebuyers have a way to save with Houses for Heroes