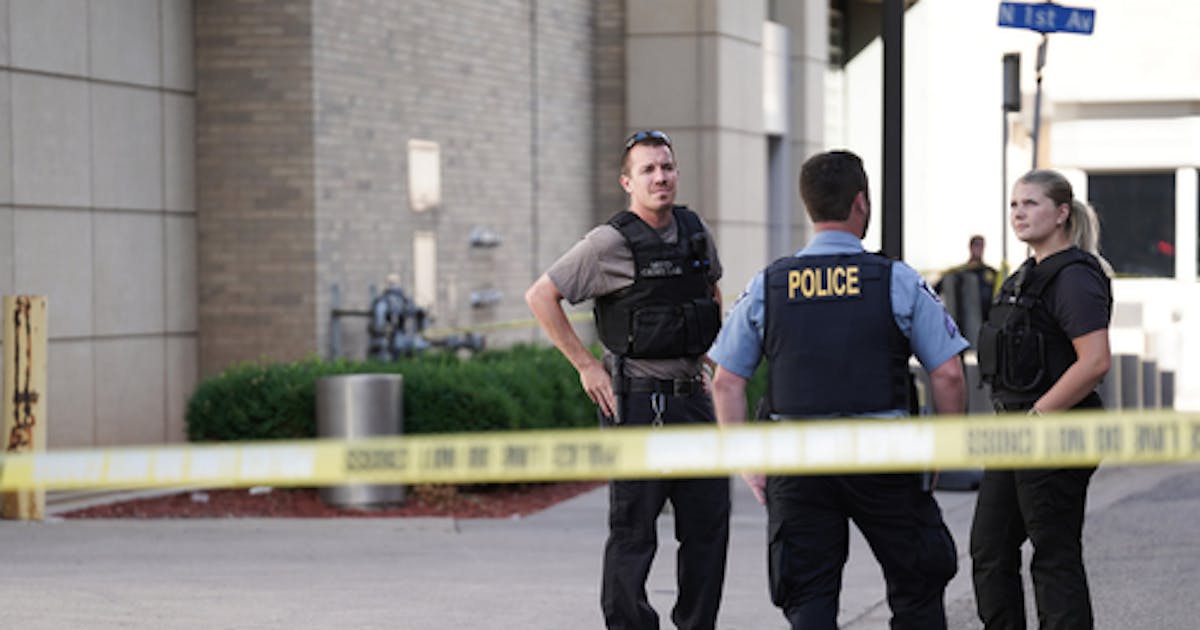 A 19-year-old window cleaner was shot and seriously injured while working outside a downtown residential building near the Federal Reserve Bank of Minneapolis on Friday night.

Minneapolis police were dispatched to the government building loading dock just before 5 p.m. and found a man with gunshot wounds. The victim was transported to HCMC. His condition is unknown.

“Preliminary information indicates that he was interacting with the occupants of a [nearby] vehicle,” said Officer Garrett Parten, spokesman for the Minneapolis police. “At some point he exited the vehicle and shots rang out.”

Andre Bradford, a co-worker with Starbrite Window Cleaning, was working alongside the victim on the ground floor of a downtown apartment building across from the Federal Reserve, 90 Hennepin Av., when he heard a bang of fire. The young man then collapsed on the ground next to him, he said.

“He was on a stretcher,” Bradford told the Star Tribune. “He stopped breathing. I was holding his hand.”

It was their first week on the job.

No one wants to be in the office on Friday